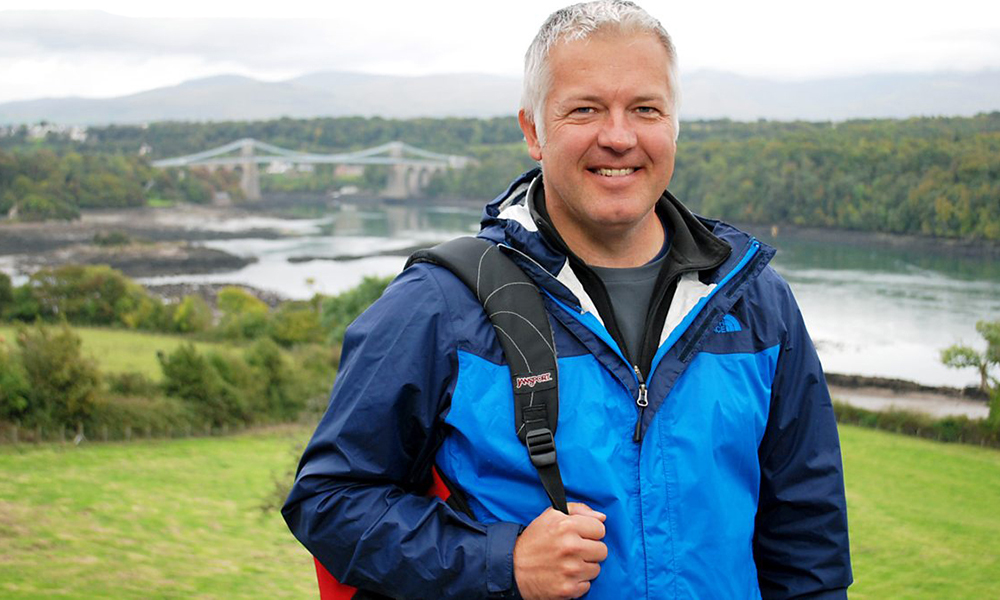 Derek Brockway has become the face of Welsh weather over the last 20 years. He talks to Living Magazines about his life, his career and his passion for the weather

His name is synonymous with the weather and his face has been recognised all over the world. For Derek Brockway, becoming Wales’s best-loved weather presenter wasn’t something he set out to achieve.

“It started when I was 8 years old during the drought and heatwave of 1976. It was an exceptional summer; I distinctly remember the TV and newspaper reports of that time. We had our water turned off and I became fascinated by the weather over the course of those long, hot weeks. My dad bought me a thermometer and I started watching the sky, taking measurements and I even kept a weather diary.

“I was brought up in Barry and as I grew older, I used to always pop in and see my grandparents. My grandfather would always keep a bag of potatoes under the stairs and he’d always rustle up some chips for me. I can still remember my nan’s apple tarts too!

“Like most kids, I had a paper round plus a summer job working over Barry Island in my late teens. I’d push a trolley round the ballroom wearing a silly hat and selling seafood. After leaving school, I joined the Civil Service and worked briefly for the DSS in Barry but I applied for a position at the Met Office. I got the job and could have been posted anywhere in the UK but I was lucky – there was a vacancy at the Cardiff Weather Centre. I started there in September 1986 and took weather measurements, plotted charts and observed the sky – much like I’d done as a kid. I was more of an assistant at that point and even worked at Cardiff Airport, keeping an eye on the weather for Air Traffic Control.

“The Met Office offered me a posting to the Falkland Islands in 1993. I spent 8 months there which was quite an experience and I’d like to go back one day. It was my first time away from home. The RAF were very kind to me – if they had room in their helicopters, they’d take me to different parts of the islands for me to explore and then pick me up on their way back. There were hardly any trees but lots of penguins and a few sheep too!

“I came back, got myself a few more science qualifications and became an official forecaster in 1995.

“Eventually, I was posted to Birmingham Weather Centre which was fine by me as I love the Midlands. I passed my motor bike test there on my second attempt after a going through a red light in Acocks Green! But I wasn’t there long and applied for a job in London. It was a new contract to become a TV weather presenter. I went for the audition and got the job. And that’s how it all started. I had the pleasure of working alongside Siân Lloyd, who gave me some great tips when I first started out. Then I got the job at BBC Wales in 1997. My TV appearances at first were very enthusiastic shall we say. My arms were waving about all over the place, probably due to nerves. Someone once called me Tigger because of my bouncy nature. Someone else said that it looked like I was feeding chickens and someone even once asked if I had nits! I’ve calmed down a bit now. I’ve being doing the job here in Wales for nearly 20 years. Like a lot of things in life, it was a case of being in the right place at the right time. 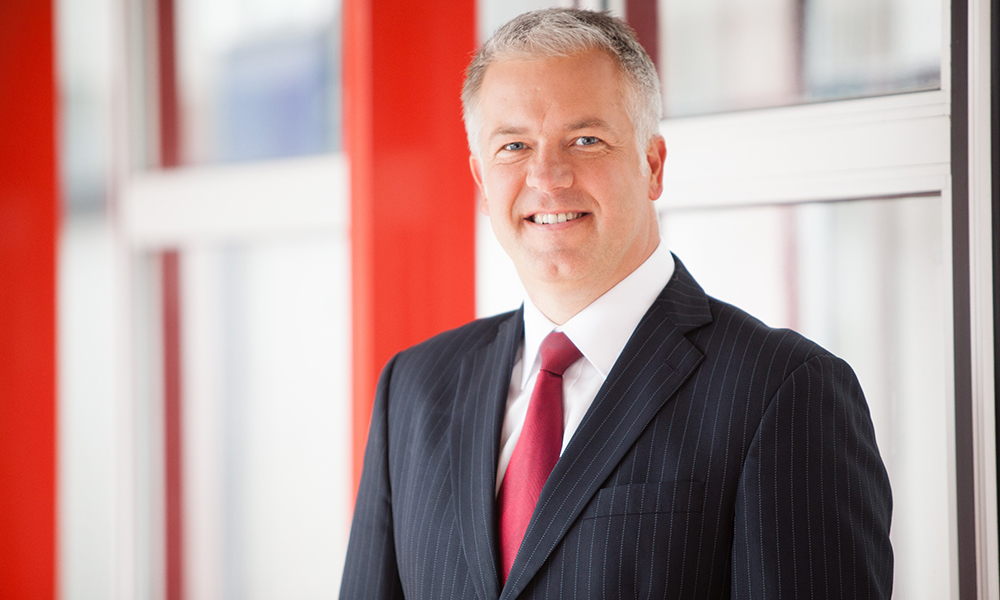 “My job involves a lot of off-screen stuff. Some people think I just work a few minutes each day but I do all the preparation myself. Essentially, I’m a one-man band in that respect although all the nation’s weather presenters keep in touch so that we all sing from the same hymn sheet. I do all the forecasts, put all the TV charts together and prepare my script. I provide forecasts for BBC Radio Wales too and then there’s the social media side of things so a lot of work goes into it. It can be busy, especially when the weather is bad!

“Away from work, I do enjoy walking which is why Weatherman Walking was such a great thing for me. We are now on our 11th series of the show and although we are still finding places to go, we’ll run out of places to visit one day! I do love walking though – it’s not something I do just for the cameras. I’ll be taking part in a charity trek in Peru later this year for Velindre Hospital too. Rhod Gilbert will be leading the walk, so there’ll be plenty of laughs.

“I never set out to become famous. I’m very lucky in that I love what I do and it’s also opened up other opportunities for me which may never have come my way. Weather is my passion – I never wanted fame for the sake of it. It’s also a double-edged sword. The vast majority of people I bump into are lovely and want to chat about the weather but there are occasions when I would rather not be recognised. I was in the supermarket the other day and had a pair of sunglasses on because I wanted to just get on with my shopping. Someone sidled up alongside me and said ‘Don’t know why you’re wearing those. We can all see it’s you.’ I sometimes get recognised when I’m abroad too because there are Welsh people everywhere. I even got spotted in Cuba once by a guy from Pwllheli!

“Looking forward, the BBC of course is moving from Llandaff to the city centre in a couple of years. I spend a fair amount of my time in Whitchurch and Llandaff. I often have breakfast in Llandaff and head to Whitchurch for an evening meal. They are great suburbs of Cardiff with plenty of shops, restaurants and places to chill out away from work.

“As for myself, I’ll continue to do what I’ve been doing. There will always be someone waiting to jump in and replace me but I’m not ready to hang up the seaweed just yet.”