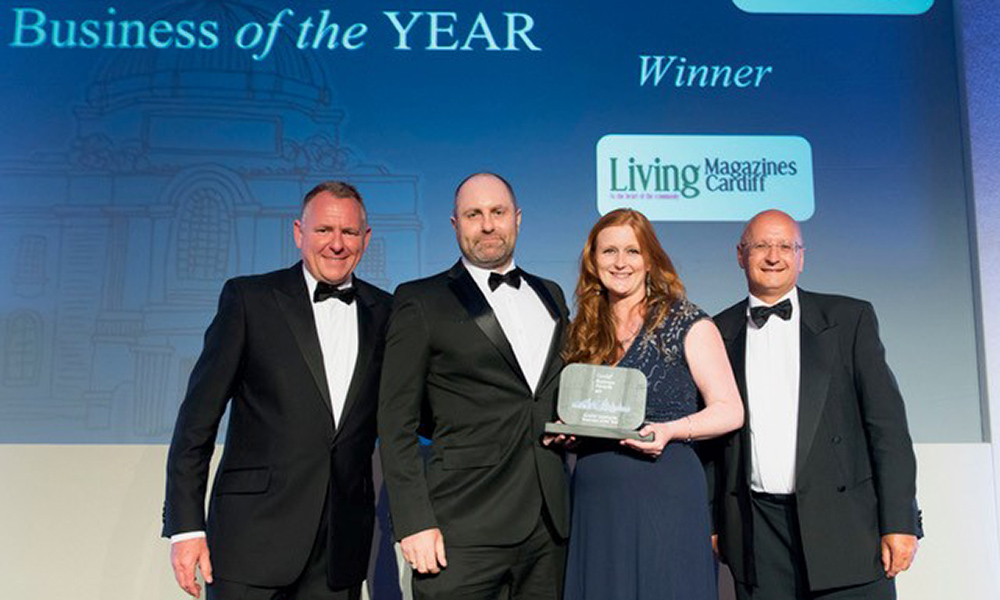 Living Magazines Cardiff has picked up a prestigious award at this year’s Cardiff Business Awards.

The Rhiwbina-based business beat the likes of the Wales Millennium Centre and Tramshed Tech to win Community Business of the Year 2017.

“We are so thrilled to pick up this award, which recognises outstanding achievement in business in Cardiff. We will be celebrating our 10th anniversary this November and winning this award is testament both to the popularity of our magazines, and to the amount of hard work we put in to keep them going. We genuinely didn’t expect to win the award as we were up against such big names but the judges said that our passion for our products and services came over in the interview prior to the ceremony. We were also recently finalists in the Wales Media Awards so 2017 has been quite a successful one so far.”

Rhiwbina Living magazine was launched in 2007 by Patric Morgan and Dr Danielle Dummett. Whitchurch and Llandaff Living followed a year later in 2008 and the magazines have gone on to win various national awards. Aside from the actual printing, everything is done by the pair – from the advertising, the features, the design, the distribution, through to the website and social media work.