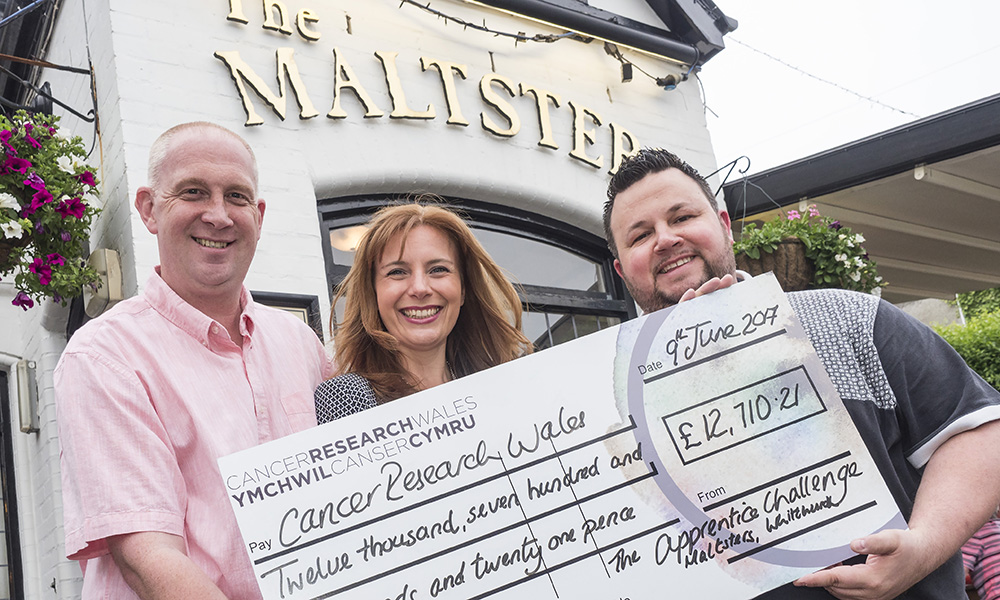 It was case of ‘You’re Hired’ for a group of Cardiff locals who staged an Alan Sugar-style challenge to raise money for Cancer Research Wales.

Around 20 Whitchurch residents formed two groups to stage a series of fundraisers to try and raise more money than each other, much like the popular BBC show The Apprentice.

Events included a football match, a pool competition, a quiz, and a race night, and culminated in an auction at the Earl Haig Club in the village. The star prize of a Barcelona shirt signed by the striking trio of Messi, Suarez and Neymar raised £1,500 alone.

The two teams raised a total of £12,700 for the Whitchurch-based charity.

Many of the fundraisers are also locals at the Maltsters pub in the village, and have become known for some unusual charity challenges over the years. In 2015, 25 of them had their heads shaved, raising £11,000 for CRW in the process.

The two teams were led by Mark Letman and Lisa Jane, and friendly competition helped spur the teams to raise the money.

“A lot of people got involved, donating their time and prizes for our auction,” said Mark.

Lisa said: “We are really grateful to everyone for all their support. We enjoy the fundraising and are so pleased to have been able to raise almost £24,000 for Cancer Research Wales in the past 18 months.”

Liz Andrews, charity director of CRW, said: “This group of people have been truly phenomenal over recent years, raising so much for the charity. All money raised funds cancer research projects in Wales, and we have seen real progress made by these projects in recent years.”