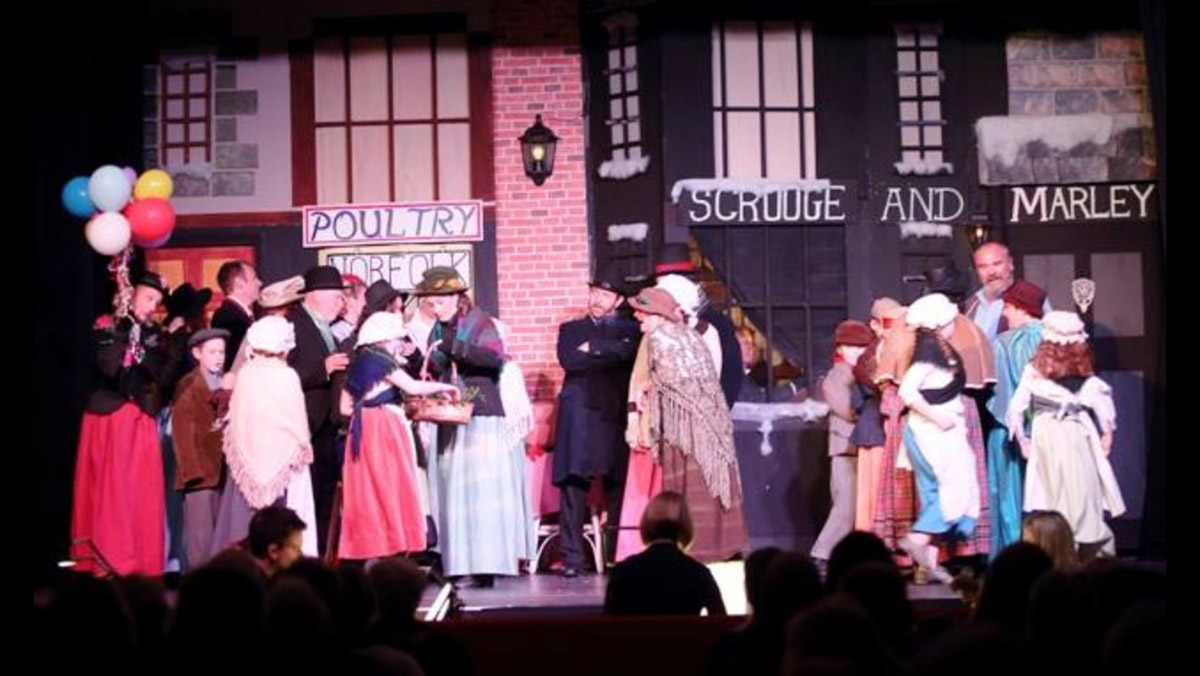 Llandaff Theatre Company began life in 1964 as Llandaff Musical Society. Since then, the Company has produced at least one full show each year, together with many smaller scale concerts.

In recent years, there have been productions of well known Gilbert and Sullivan favourites such as The Mikado, The Pirates of Penzance and HMS Pinafore as well as many well known musicals and pantomimes. Recent productions have included Calamity Jane, Pickwick and an entirely new production of A Christmas Carol at the Weston Studio in the Wales Millennium Centre.

“We were the first company in Wales to perform Titanic the Musical, which involved the use of a hydraulic deck which tilted to simulate the increasing angle of listing of the doomed ship.

“In the last couple of years, we have performed some musical comedies namely The Reunion, telling the story of a group of 5th formers during their final year in school and then 20 years on in ‘friends reunited’ mode; and The Farndale Townswomens Guild Production of the Mikado,” said Mike Walsh.

The Company rehearses mainly on Mondays at All Saints Church Hall, Llandaff North. The Company has recently decided to branch out from its former staple diet of musicals and operettas to attempt to stage occasional straight plays. The Company also aims to perform in venues in the locality, if possible.

The next production is a concert which will be performed in April comprising of a revue of musical theatre numbers of the 30s, 40s and 50s. The dates for your diary are 22nd and 23rd April and the venue is Bethel Church Hall, Whitchurch.

This will be followed by a musical production in the autumn and a pantomime early in 2017.

The Company is always keen to attract new members.

“Whether you’ve never set foot on the stage before, only dabbled in high school, or are a professional, you are welcome. We keep everything relaxed and friendly.

“If you’d rather help out backstage, then there is a place for you too. If you love lighting, are satisfied by stage managing, delighted by directing or would perhaps be pleased with prompting, we have something for you.”