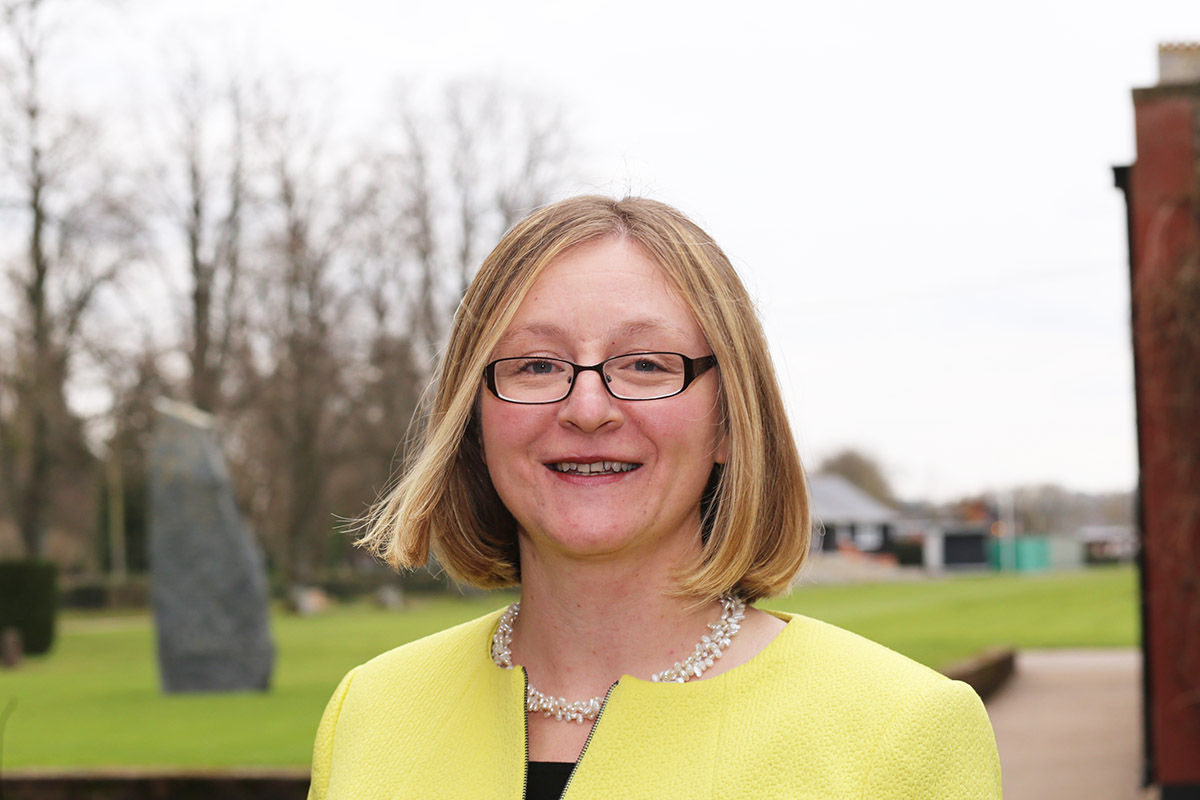 Following a rigorous recruitment process, which attracted a competitive field of candidates from schools across the UK, Mrs Sherwood becomes the first ever female Head at the School, founded in 1880.

Currently Deputy Head (Academic) at Blundell’s School, Devon, Mrs Sherwood was educated at Hereford Cathedral School, and progressed from there to read History at Pembroke College, Cambridge. At Cambridge she held a choral scholarship, captained her college teams in Netball and Ladies’ Cricket, and played Ladies’ Football and Rugby.

She trained as a History teacher at Bristol University, and taught firstly in Charters Comprehensive School in Ascot (History & RE), then at Leighton Park School in Reading (History & Politics), and was Head of History at Wycombe Abbey School. She joined Blundell’s as Deputy Head in 2011. She is also a serving school inspector with the Independent Schools Inspectorate.

Mrs Sherwood is married to Simon, a fellow teacher and musician; the couple have three children, two sons (ages 12 & 6) and a daughter (aged 9).

Mr Gilbert Lloyd, Custos at the Cathedral School said: “The Governors, along with the Director of Education and the Senior Provost of the Woodard Corporation, are unanimous in the view that in Mrs Sherwood we have found a leader of tremendous vision, insight and skill – someone who understands, and is committed to, the history and ethos of this school, with its strong association with Llandaff Cathedral, and who will build upon the many achievements of the current Head.

On her appointment, Mrs Sherwood said: “The Cathedral School in Llandaff has a reputation for excellence. Following a period of significant development, with the introduction of sixth form teaching, this is an exciting time in the School’s history.

“Having been educated at a cathedral school myself, I feel very proud to be leading a school with a similar ethos and values.

“My family and I look forward to joining the Llandaff community in September.”