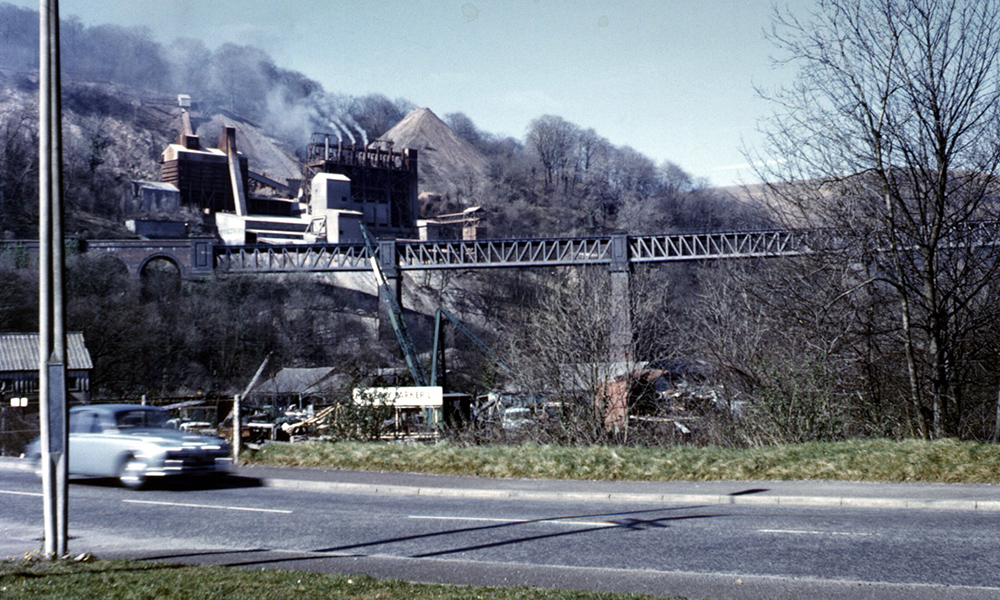 The Walnut Tree Viaduct once spanned a view that most of us now take for granted. Today, only a few reminders remain but with a little bit of imagination, you can see this once impressive structure

As you head out of Whitchurch and up into the valleys on the A470, you could be forgiven for thinking that the large redbrick monolith that lies just past Castle Coch is an old chimney.

But it isn’t a chimney. Neither is it part of an old factory. It is in fact, the remnant of a large viaduct that once spanned the valley.

Lying to the south of Taffs Well, the viaduct was known as Walnut Tree Viaduct and was originally built to carry a railway across the gorge.

The rapid expansion of the railways in Cardiff came about thanks to the industrialisation of the South Wales coalfields. After the use of the Glamorganshire Canal and mule-trains, the first section of the Taff Railway was opened in 1840 to move iron ore from Merthyr to the docks at Cardiff. After 1858, the Rhymney Railway connected with the Taff Vale Railway at Walnut Tree Junction, just south of Taffs Well railway station. 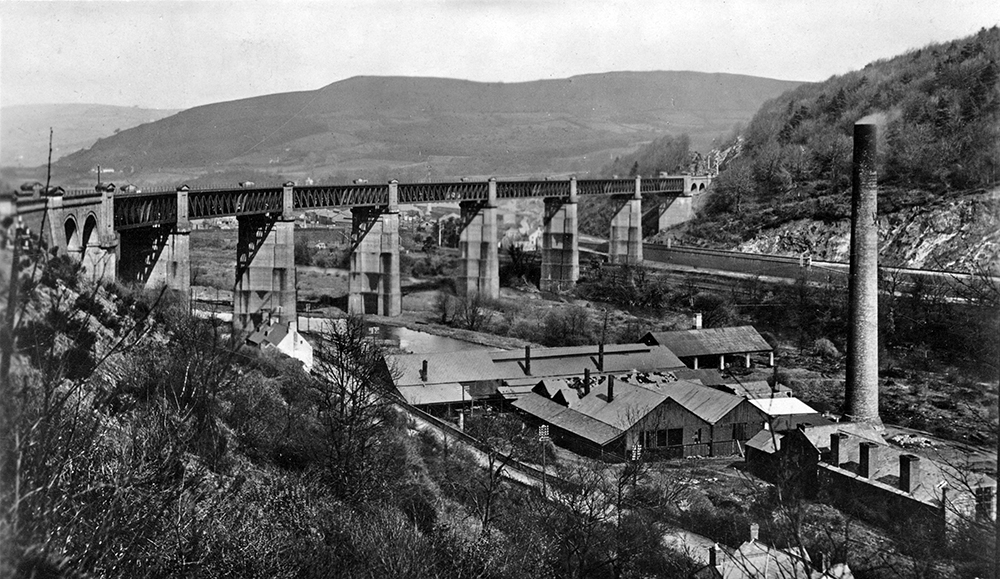 As coal exports from Cardiff Docks continued to increase, so too did the congestion in and around Cardiff. Colliery owner David Davies, along with several other industrialists proposed an alternative route to Barry where a new docks development would be built. This new route would bypass all of the congestion at Cardiff. Following some legal wrangling, the Barry Dock and Railway Company Act was passed on 14th August 1884 for the construction of a railway line between Trehafod and Barry. The name was changed to the Barry Railway Company by an Act of 5th August 1891.

Davies also sought a railway line to Llanbradach so that he could tap into the rich resources in the Rhymney Valley. He wanted to do away with the reliance on Cardiff Docks once and for all. His Chief Engineer Sir James Szlumper proposed that no stations were to be built on the new lines, allowing freight trains to run unimpeded at full speed down to the docks. To achieve this, a viaduct would need to be constructed to span the valley and River Taff at Walnut Tree junction. But with that came a whole host of problems.

Szlumper’s first issue was that of the wind. The viaduct needed to be high enough to clear the busy valley below but the shape of the valley funnelled the wind, resulting in increased wind speeds. Added to this, a solid stone structure would create an inherently unstable viaduct that would require a lot of maintenance.

He recommended to the board of the Barry Railway Company that the viaduct was constructed of steel lattice girder spans, set on top of brick-built supporting columns. The final structure, which took less than 12 months to build, opened in 1901. At its maximum 120 feet high, the seven spans created a structure that was 1,548 feet long, curving slightly at its western end to enable the line to bend onto the rock shelf. Not far from its southern abutment was a tunnel called the Walnut Tree Tunnel, but occasionally known as Garth Tunnel.

The viaduct was eventually used for both freight and passenger travel, offering fantastic views over the valley below. Passenger services eventually ceased on 22nd July, 1963. Freight services continued to and from the adjacent Dolomite Quarry until the last train crossed the structure on 14th December, 1967. 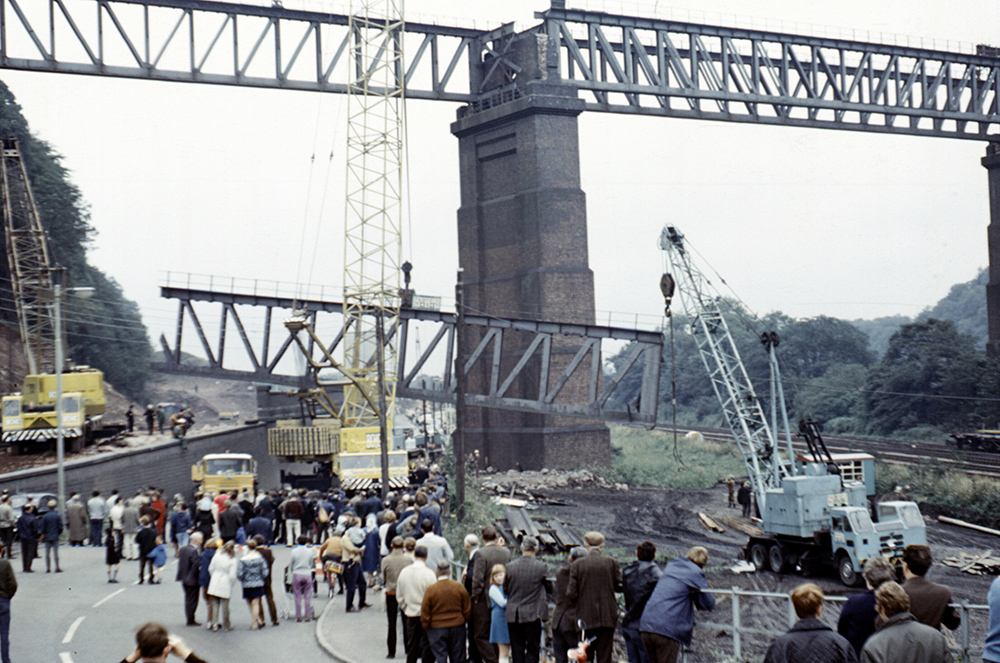 The Welsh Office and Cardiff Council had approved a dual carriageway upgrade to the A470 road and in agreement with this, British Railways agreed to close the remaining rail line that crossed over the viaduct.

After dominating the southern end of Taffs Well for nearly 70 years, contractors started the demolition of the Walnut Tree Viaduct in 1969. It would not be until 1974 that the demolition was complete. All but one of the piers and one pillar had to be dismantled by hand due to the congested valley below.

Today, only the Walnut Tree tunnel abutment, an angled pillar and the Taff Bank pier remain visible from the village and the A470. The Taff Bank pier was used in 1977 for displaying a goodwill message for the Silver Jubilee of Elizabeth II. The paint is still visible today. Parts of the remaining track bed have now been incorporated into the Taff Trail.