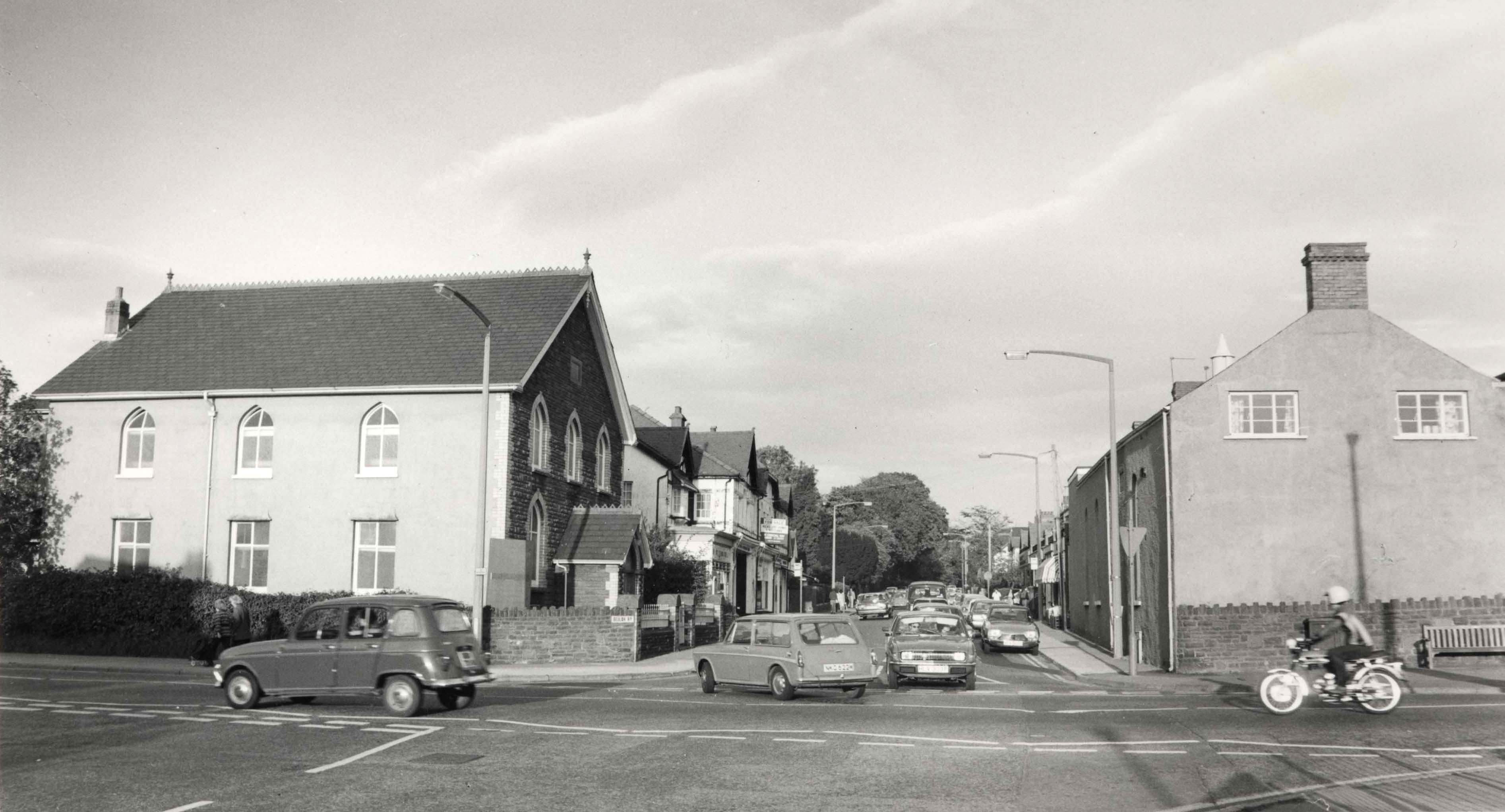 Beulah Church’s religious contribution to Rhiwbina and the surrounding area can be charted within the context of the first hundred years of local history. It was perhaps Beulah’s accommodation to change that saw the church succeed in its popularity.

Beulah’s history began in 1812, when a series of religious services were held in the farms surrounding Rhiwbina and Whitchurch, primarily in Briwnant, Tonyrywen and Groeswen. Without a designated place of worship, a small thatched cottage was obtained to be used as a church.

The early years saw industrial workers benefiting from the preaching and services of Beulah. Workers at the College Ironworks at Llandaff Yard in the 1860s and workers from the Melingriffith Tin-Plate Works (which in 1848 employed over 500 men) all attended services at Beulah.

In 1848, a former blacksmith’s shop in Nant-y-Wathla was rented out at a cost of £4 10s 0d for worship. Most significantly, the name Beulah was decided upon and a structure was introduced to the church.

Sunday services started on a regular basis, as well as a Sunday School, and in addition, meetings were held on week nights. Christmas Day 1848 saw the first ever sermon preached to the congregation at Beulah. All of these services, meetings and sermons were conducted in the Welsh language.

Congregation numbers were increasing to the point that by the following year in 1849, a fund was set up to help provide for the church. Loans were obtained from church members and the Whit Tuesday Tea Party was introduced to further raise money. This event quickly became an important event in the Beulah calendar. The more adequate provisions in turn attracted more members and in 1850, it was decided that a larger building was needed to continue worship. 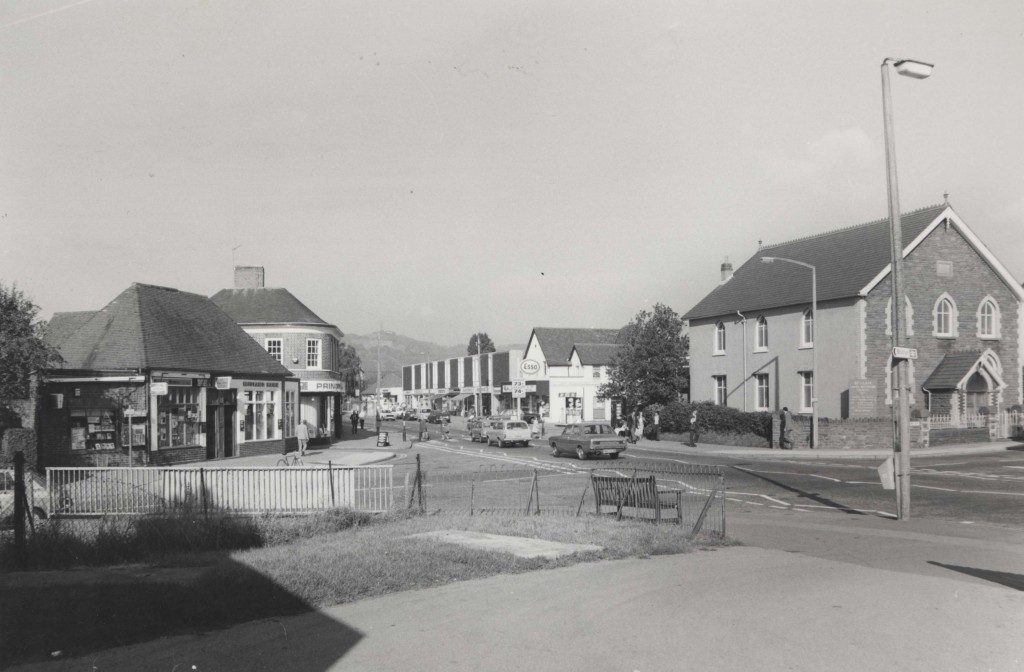 Members spotted the chance of acquiring the land adjoining the cottage. The site was leased for the erection of a chapel and the provision of a graveyard was also obtained. It was therefore fitting that the new chapel should open on Whit Tuesday 1851, although the building wasn’t fully completed.

During the late 1850s, there was a religious revival in South Wales. As a result, Beulah’s membership expanded again. Records show that in 1859, 49 people were members of the church.

In 1861, the chapel was finally completed with the addition of a gallery, and in 1879, the freehold for the chapel was obtained. The cottage was demolished to make way for a new vestry and chapel keeper’s house which cost the church £450. A lot of the work was carried out by members of the church, and most of the haulage was undertaken by local farmers at their own cost. But by 1889, bigger premises were needed again and a site opposite the chapel on the other side of the road was obtained. 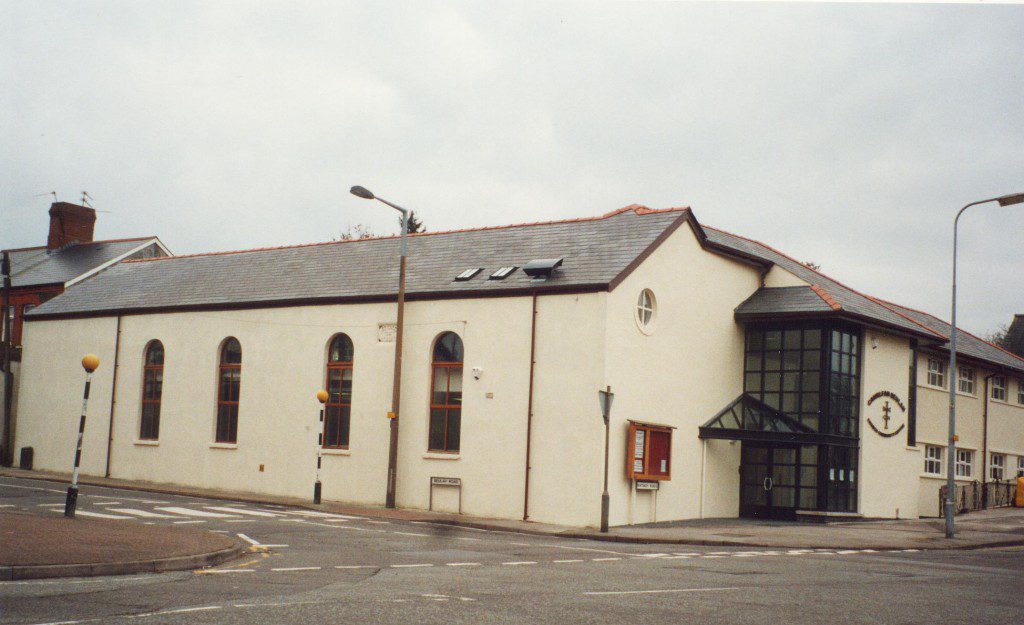 In February 1891, the last services were held in the old chapel as the new one was completed. The final service saw the congregation rise to their feet, singing the final hymn. Then, without stopping, and to show a continuation from the old to the new, they continued the hymn as they crossed the road and took their seats in the new chapel.

The old chapel was converted into an assembly room and school room. The congregation now numbered 200 with a Sunday School of 160.

1898 saw the change from Welsh language services to English and in 1925, a pipe organ was installed into the church. With the birth of the Rhiwbina Garden Village, membership grew steadily and on the first centennial celebration, 265 people were members of the church. Beulah Church contributed more than just religious services to Rhiwbina. It helped shape the village’s cultural heritage.

Here are some of the activities that took place at Beulah:

These services were celebrated for the quality of the sermons and were planned to avoid clashing with any other services in the area. Members of other churches came to hear the services.

The women of the church appeared in new outfits for these occasions as it was the highlight of the church calendar and it became known as ‘The Big Meeting’. This gave some idea of the warmth of the meetings and was much more evocative than the title Anniversary Service.

These were occasions when a generous tea consisting of seedcake, fruitcake, bread and butter was put on for the Sunday School followed by games in the adjacent field.

These games included ‘Bobby Bingo’, ‘Kiss in the Ring’ and the day ended with harmony singing. A charge of one shilling was made to participate in the festivities.

Again members of other churches attended and the children of Beulah in return attended parties in Lisvane, Capel Gwilym and elsewhere. Beulah was at the forefront of the movement to make contact between denominations.

The Singing School drew on the growing congregation at Beulah and welcomed young people from other churches too. The evenings included music of many different varieties, from folk songs, anthems and glee-songs to hymns and more religious pieces. Concerts were frequent and popular.

The influence of the Beulah Singing School spread in the district and resulted in the formation of the Whitchurch United Choir which recruited from all denominations. The Choir appeared in many Eisteddfodau and held a high place in competitive circles in Glamorgan and Monmouthshire. This mixed choir, in time, led to the addition of the Whitchurch Male Voice Choir which became equally successful. At the end of these evenings members often sang on their way home along Pantbach and Tyn-y-parc Roads.

Both these choirs contributed an enormous amount to the religious, musical and cultural movements in the area.