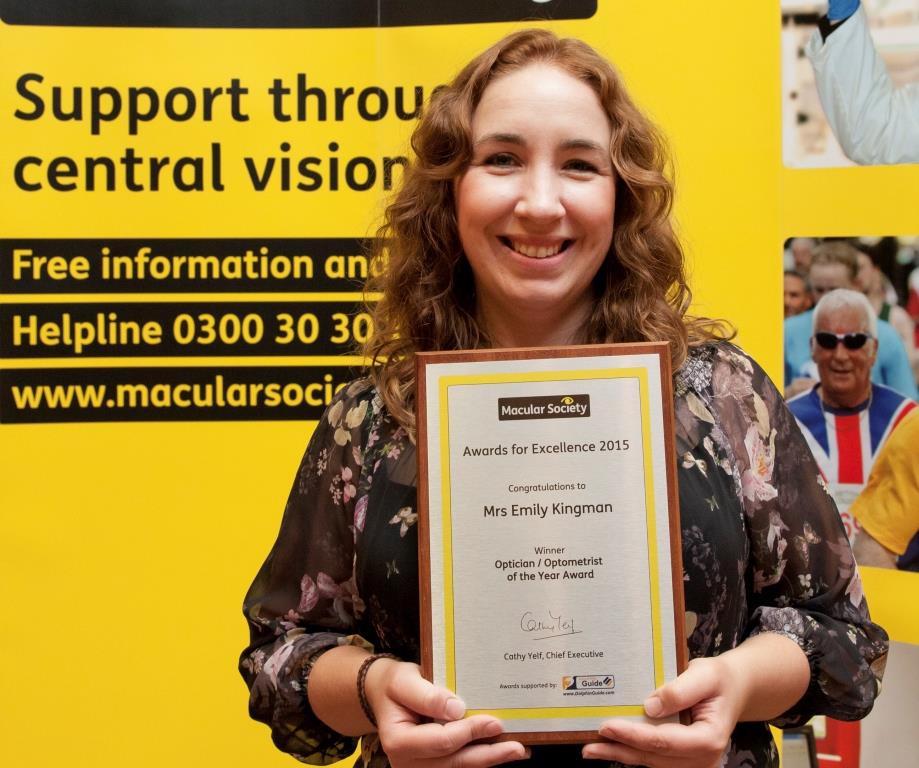 Rhiwbina optician Emily Kingman has won the prestigious title of Optician of the Year at a glittering ceremony in London.

Emily, who has been practising in the village for ten years, was thrilled to receive the award.

“It all began back in the summertime when I received an email to say I had been nominated Optician of the Year in the Macular Society’s Annual Awards for Excellence. I learned that it was one of my patients Caroline Noall who had nominated me for all the care and attention I have given her and her father over the years. It was such a privilege to be nominated. I was in work one day in August and I received a phone call to say that the judging panel had chosen me to be the winner of Optician of the Year.”

Emily travelled up to London to pick up the award in late September.

“My husband and I headed up to London to pick up the award at the Annual Macular Society Conference – we were celebrating a Welsh rugby win at the same time!
“It’s lovely to be recognised for going that extra mile for people. It’s something I pride myself on in business – the personal touch.” she added.

Emily Kingman Opticians can be found at 3A Beulah Road, Rhiwbina