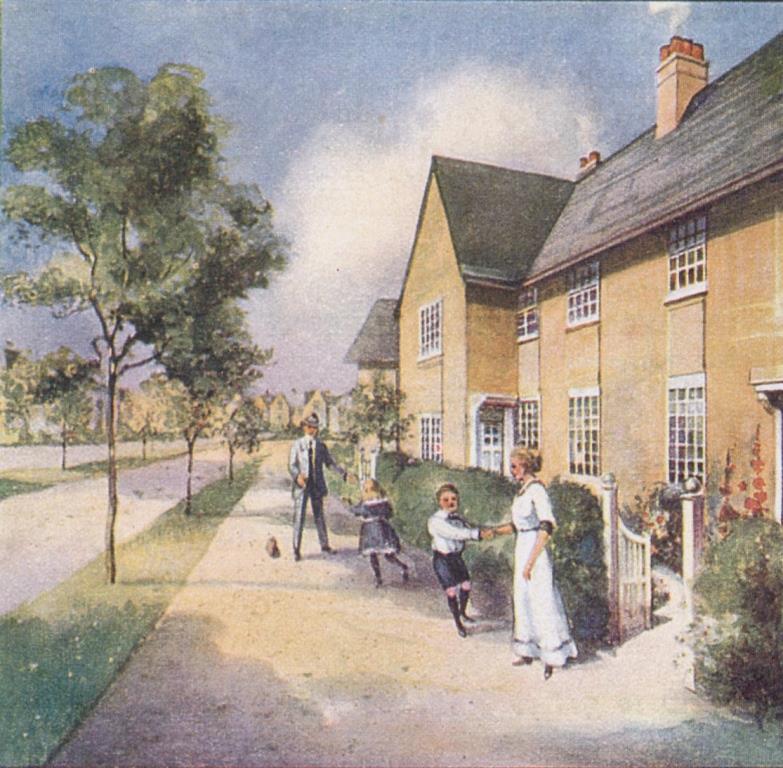 Rhiwbina’s Historic Garden Village has been recognised around the world for its unique history and architecture. But what does it take to keep the village looking like it did over 100 years ago?

The Garden Village movement began in the 1890s in response to the industrial revolution’s side-effects of slums and poor living conditions. Its rhetoric championed better living conditions for the working class as well as the middle class, and by the turn of the century several Garden Villages existed in Britain. Its principle of co-operative ownership appealed to many and in 1911, a group of Cardiffians met to consider the idea of their own Garden Village. It has since gone on to become the village that all Rhiwbina residents have come to call home.

The main objective of the Rhiwbina Garden Village Ltd. was the provision of modern houses located in pleasant and healthy surroundings in the Rhiwbina area. They bought 110 acres of land from the Pentwyn Estate, at £200 per acre, and by Christmas 1913, 34 houses had been built. Each house was fitted with running water and gas for lighting and cooking, a boiler, a water storage tank and even a dustbin. Hedges and fences were put up and paths were laid.

The village continued to grow and by 1920, tenders were accepted to build 83 more houses. Business during the 1930s eventually recovered from a mixture of a sluggish economy and flooding. Events took an unexpected turn in 1939 though with the outbreak of war. The Wendy Hut suddenly became an Air Raid Warden’s post and the village also accepted a lot of evacuees, the village being considered a safe place to be.

Stories abound that the children viewed the air raid sirens as welcome breaks to school lessons. Their ignorance seemed justified as no bombs ever fell on Rhiwbina. For the Garden Village Ltd though, their position was strengthened by the fact that all of their houses remained intact.

Post-war, Garden Village Ltd. found themselves with increasing costs. By 1947, production costs had risen to four times the level they were pre-war. Maintenance works were kept to a bare minimum. Rhiwbina Village was no longer in a position to develop. In fact, by 1952, the only way that the village could keep up with maintenance was to sell some of their houses.

By the 1960s, Welsh Town Planning was urging the Rhiwbina Village company to pay back the capital that had been borrowed to pay for the construction. Since the company was a non-profit making organisation, they had cleared their debts and held substantial assets in the form of the property they had built.

A special AGM was called in September 1968 where the chairman announced to the unsuspecting tenant holders that they could buy the leasehold to their properties on very favourable terms. Tenant holders were seen running to the office the following day to take up the company’s excellent offer.

By 1978, it was decided to dissolve the company since it had served its purpose. In 1981, the committee announced that all company assets had been disposed of, but had a surplus of £6,742. Under the rules of the company, no one person was allowed to profit and so the surplus money was distributed to local charities.

The Garden Village had proved to be a popular and pleasant place to live in. To this very day, Rhiwbina is still considered one of the most desirable places to live in South Wales.

Y Groes is still perhaps considered the hub of the Garden Village. The 1977 Conservation document said of the square:

“This is the central core of the Garden Village and contains the village green, surrounded by houses of character. Little alteration to the buildings is visible and the original features have been maintained including a sundial which is mounted on the front façade on one of the dwellings.”

In addition to the houses and buildings, the village has managed to keep its pathways and lanes that connect some of the streets. Out of sight is the garage complex – one snapshot of history that is perhaps often overlooked by locals.

By 2001, most buildings within the Conservation Area were listed by Cadw for their special architectural and historical interest. Listed Building Consent (LBC) is now needed for any demolition, any alteration or extension which would affect the character if the building is one of architectural or historic interest. This applies to all parts of the building including objects and structures, interior or exterior, whether or not the feature is mentioned in the list description prepared by Cadw.

Due to the nature of preservation, Cardiff Council have issued advice for anyone living in the Garden Village:

Restoration
If you plan to restore original details that have been lost prior to controls being in place, original plans of many houses are available together with typical joinery detail plans.

Roofs
Original roofing materials should be maintained and repaired rather than replaced. Two sizes of slate are used on roofs in the Conservation Area. The earlier houses have an unusual 7”x14” slates, whilst 10”x20” slates were used on the houses built between 1919-23. If re-roofing is essential or for new work, it is important to match the size and quality of the original and to follow the gauge and layout of slate coursing.

Chimneys
The original stacks are an integral part of the design of buildings. If these become unsafe and require repair, they should be rebuilt to the original height and design, even if no longer in use.

Dormers & Roof Lights
The addition of dormer windows or rooflights is unlikely to be supported where they would be visible from the street. On listed buildings it is unlikely that roof lights would be supported as they do not preserve character or appearance. 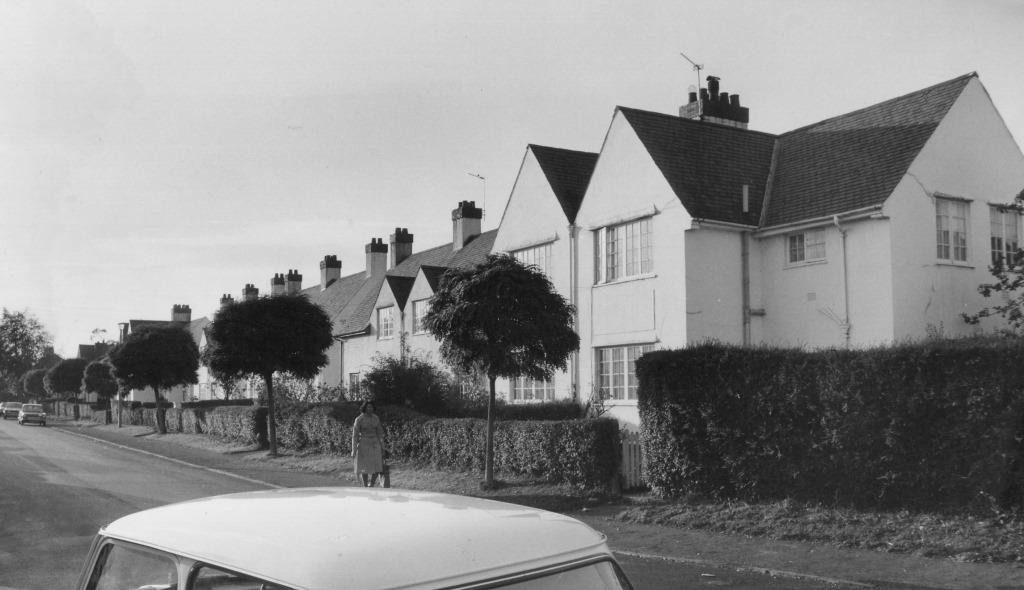 Enclosures
Hedges surrounding front or side gardens should be retained and not replaced with unco-ordinated varieties of brickwork, blocking or fencing. Most new fences or walls will require planning permission. The Council’s Tree Protection Officer can offer advice on suitable hedge species for new or reinstated hedgerows.

Wall Surfaces
The covering of brickwork/stonework with any artificial stone facing, render or other surface treatment requires planning permission (fee payable) and possibly listed building consent. Rerendering to the same appearance may not require permission, but you should check first. Care should be taken when repointing to avoid damaging the appearance of brickwork.

Painting
Planning permission is required for the covering of original walling material by painting and the changing of the colour of existing painted exterior walls, masonry or windows where they front a highway. The painting of brick properties will not be supported.

Porches
Original porches, canopies and openings should be retained or renovated where necessary using materials to match the original. The loss of original features will require Listed Building Consent and is unlikely to be supported.

Hard-standings
The provision of new hard surfaces requires planning permission. If these are within the curtilage of the Listed Building, such applications will incur a fee.