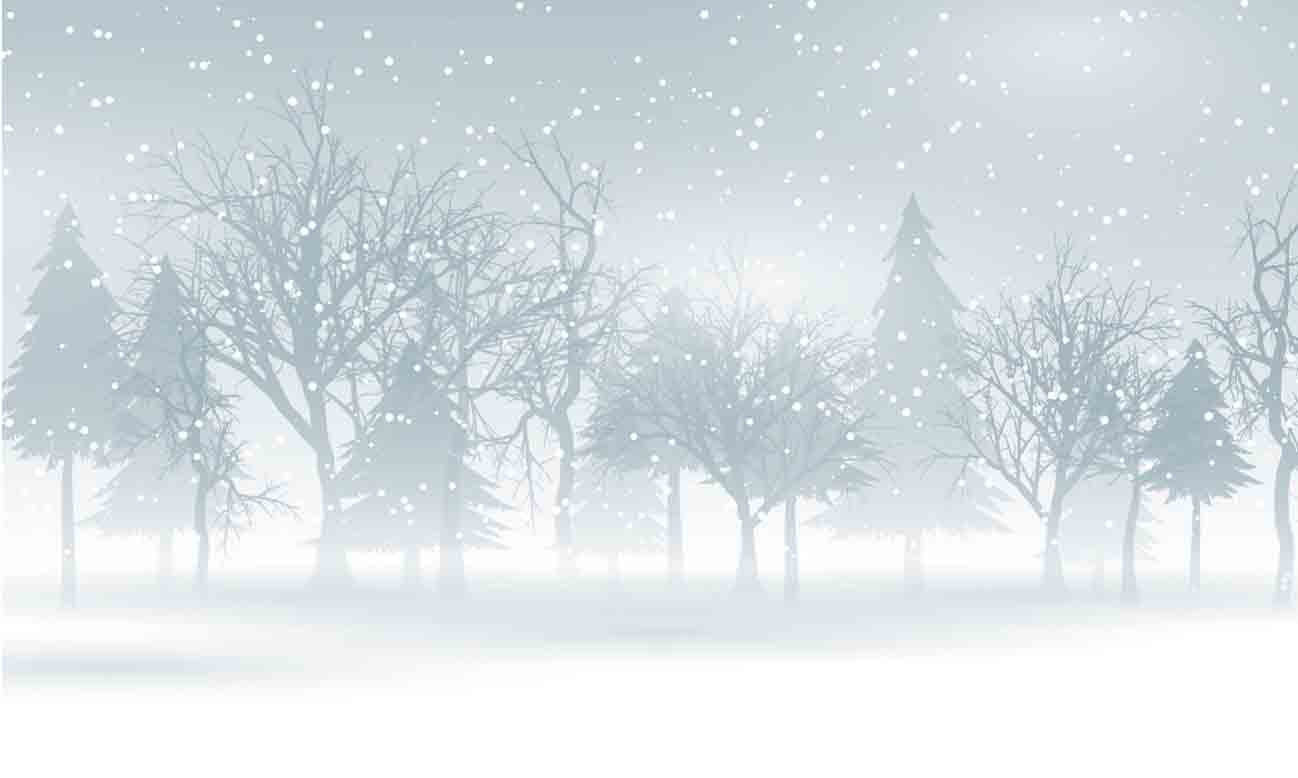 A short story by Evie Loynton and Patric Morgan

It had been a long and tiring winter’s day for Evie. Mum had dragged her around every shop in town looking for Christmas gifts and things to make the house cosy. The shops had been so busy that all Evie could think about was getting home, stepping into her pyjamas and snuggling up with teddy.

Evening was slowly falling in the village as they stepped off the train at Rhiwbina station. The purple sky was speckled with tiny silver stars and in the nearby homes, the kitchens were busy with bustle and bubble.

“Why do we need to get everyone presents?” asked Evie as they headed home through Caedelyn Park. Evie was still finishing her packet of mini gingerbread men.

“To show people how much we love each other,” said Mum, struggling with all her bags. She was almost too tired to talk. All she wanted to do was slump into her sofa and curl up with a piping mug of cocoa.

“But it’s not Christmas for a few weeks yet. Why do we need to buy them so early?” Evie was an intelligent girl, and also an inquisitive one. She asked a lot of questions for a five year old.

“I want all the shopping out of the way so I can actually enjoy Christmas,” said Mum wearily. “What usually happens is Mummy spends so much time worrying about getting the right Christmas presents that she leaves it too late and ends up buying rubbish.”

Evie was still a little confused. Surely Santa sorted all that out?

“I’m really looking forward to getting my big doll’s house,” said Evie eventually. “All my dollies can live there.”

“Yes, you’ve been very patient waiting for your doll’s house haven’t you? I’m sure Santa has it ready to deliver to you on Christmas Eve.”

Evie smiled at her mother. Mum always made Evie feel safe and happy.

The cold night was closing in around them. Up ahead in the gathering gloom, they could make out the shape of a small animal sniffing around the base of the trees. It was a small dog-shaped creature, light in colour and moving quite slowly.

“I’m not sure,” replied Mum. She peered into the mist. “Looks like a little dog.” She looked around for the owner but there was no-one around.

As they approached, it became clear that it was indeed a little dog, looking a little scruffy and looking a little lost. Evie rushed forward to touch him but without warning, the dog scarpered into a nearby bush alongside the path.

The pair looked at each other in surprise.

“Of course he has,” said Mum “His owner will be around somewhere.”

Mum cast a hopeful eye over the park once again but the park was empty and still. This is all she needed. A lost dog.

Evie marched over to the bush and crouched down.

From underneath a bush, she could hear heavy panting. She beckoned Mum over. Mum headed over and stood over her girl, wondering what she was going to say next.

“Come here doggy,” Evie cooed. She held out her hand and offered the dog a mini gingerbread man from her packet.

To her delight and surprise, the dog slowly emerged from the bush and gobbled down the gingerbread man in one gulp.

Evie took out her last gingerbread man and held it out with her cold hand.

“You can have my last gingerbread man,” she said “You need it more than me.” The dog took the treat and crunched it up before sniffing around Evie’s pockets for more. He was a cute looking dog with big sad eyes and floppy ears. Around his neck was an old blue collar and on it was an old brass fob. Evie held it and read it out in the fading light.

“Bubby,” she said. Mum crouched down to have a look.

Within a few minutes, the dog had snuggled into Evie’s winter coat to keep warm.

“Can I have this dog as he hasn’t got anywhere to live?” asked Evie.

Mum wondered how long it’d take for that question to pop up.

“We can’t just take him home Evie. He might have an owner. If his owner doesn’t come soon, we’ll need to take him to the dog warden.”

Evie didn’t like the sound of that very much. Poor doggy. What he needed was a warm home and someone to love and care for him.

With no sign of the owner coming, Mum put down her shopping bags, took the belt off her coat and attached it to the blue collar around Buddy’s neck.

It really was the last thing that Mum wanted to do. As they arrived at the house, Mum put Evie and the dog straight in the car and dropped the shopping in the house.

“Seatbelt on please,” said Mum as she got back into the car. She started the engine and together they headed off to the dog pound a few miles away.

Buddy sat on the back seat next to Evie. For once he looked a little warmer and a little happier.

“You’re a good boy Buddy,” said Evie looking at him. She patted him on the head reassuringly. She’d never spent time with a dog before. She always thought that they’d be smelly and silly but she felt an instant love for him.

“Here we are,” said Mum eventually. Evie’s heart dropped. She would have to say goodbye to Buddy.

The dog warden was just as Evie had imagined. An unfriendly-looking man who had no gingerbread biscuits in his pocket.

“He’s got no microchip. I’m not sure where he’s come from,” he said, “but we’ll keep him here for now and sort him out with a bed for tonight.”

“We can’t take him Evie and that is that,” said Mum. The warden didn’t say a word. He simply placed Buddy down on the floor, took Mum’s belt off the collar and replaced it with a lead. Then he made for the kennels with Buddy in tow. It was the last time that Evie saw Buddy.

Evie didn’t say a word as they headed home. She simply peered out the back of the window. She looked at the lights from the homes – each and every one of them preparing for Christmas – and everyone seemed to be having fun. Except for poor old Buddy. What kind of Christmas was he going to have? He had no-one to look after him. No-one to snuggle up with at night and no-one to say goodnight to.

“Where will the dog spend Christmas, Mummy?” asked Evie.

“I’m not sure,” came the reply. Evie decided that she would ask Santa to find him a home.

Over the following few weeks leading up to Christmas, Evie could think of nothing but her friend Buddy. She hoped and hoped that he’d come back for Christmas and that way, they could stay together forever. She went to the park with Daddy several times but never saw Buddy again, no matter how hard she looked.

Mum and Dad had done a wonderful job of decorating the house. The log fire had been lit, giving the living room a warm glow. In the window stood their Christmas tree. Coloured lights glowed silent as stars and at the base of the tree was carefully placed a mince pie, a carrot and a glass of milk on a plate. Outside the window, snowflakes had begun.

“Time for bed, Evie,” said Mum. “Santa won’t be able to come unless you’re asleep will he?”

Evie was very excited to climb the stairs with her stocking but after Mum and Dad had kissed her goodnight, she found it very hard to settle. She tossed and turned, thinking about the new doll’s house that was on the back of Santa’s sleigh. But she also thought about Buddy and wondered whether he was spending another night alone in the pound. She hoped and prayed that he had found a home for Christmas and as she drifted off to sleep, she imagined him sleeping on her bed.

She awoke early. Light was silently streaming through the window and the warm smell of bacon had drifted up from downstairs.

Evie bounded out of bed and dashed downstairs. Mum and Dad were already up and dressed, and sat enjoying a glass of Buck’s Fizz and a bacon roll.

“Good morning lovely girl!” said Dad. Evie didn’t hear. Her eyes were filled with the sight of a large box underneath the tree. Evie’s heart leapt. Was it Buddy? She skipped over to the box and tore at the wrapping paper. Within seconds, the box was unwrapped but Evie’s heart sank.

“It’s the doll’s house you were wanting!” announced Mum.

Evie looked up. “Thank you,” she said. It was what she’d wanted. She couldn’t be ungrateful. It was a beautiful house – everything she’d ever wished for. She would have hours of fun with her dollies.

She carefully opened the large door on the front to look inside. In the living room, there was a family of figures stood around a Christmas tree. There was a Mummy doll, a Daddy doll and a girl doll.

“Look!” cried Evie. “It’s us!” But then she noticed the small figure of a dog alongside them. Her heart dropped. She’d forgotten about Buddy. She picked up the small toy dog and looked at it.
“You’ve also got a visitor,” said Mum nonchalantly. Evie turned around and her jaw dropped.

There sat at Mummy’s feet was Buddy.

“Oh my goodness!” Evie squealed. She ran towards him and threw her arms around him.

“Can we keep him forever?” she asked.

Evie cupped Buddy’s face and looked into his eyes.

“You’re the best dog in the world,” said Evie. “And this is going to be the best Christmas ever!”