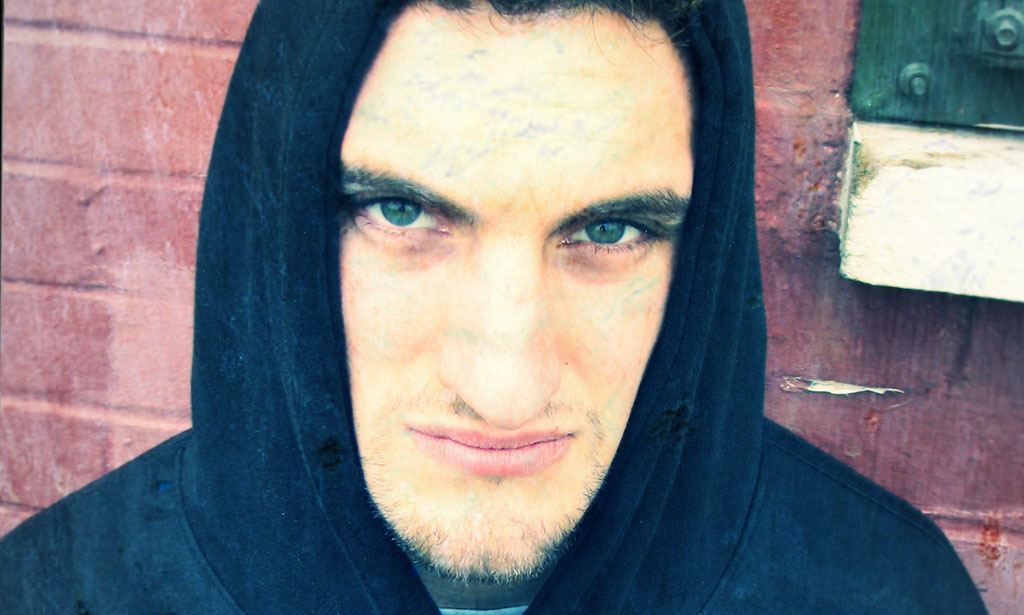 Young female teachers, all neck rashes and flushed cheeks, squeal like mice. The handful of male teachers try and play it a bit cooler, leaning back on their chairs and raising a hand to the young man who’s just walked into the back of the school hall. The kids sitting cross-legged on the floor can’t sit still though and crane their necks to see the local superstar in their midst.aruto

Sam is making a welcome return to his old primary school in Rhiwbina. The visit is helping promote hard work in school, something Sam was renowned for as a pupil.

But for Sam, it also brings back memories:

“It’s funny the things you remember – stupid things – the guttering, the slats in the fence that we used to climb through to fetch our footballs back.”

Sam is addressed by small pupils, clutching their prepared questions on pieces of paper.

“Which teacher gave you your first rugby lesson?”; “How do you prepare for a big match?” and “What was your favourite subject in school?”

Over the past few years, Sam has become accustomed to questions, media and fame. It’s only taken a few short years to rise to this public adoration.

Later on, we head down to Caedelyn Park to shoot a few photos. It’s a dismal day and the dog-walkers peer out from under their hoods and stop in their tracks as we walk past. Sam opens up about his new-found responsibilities. 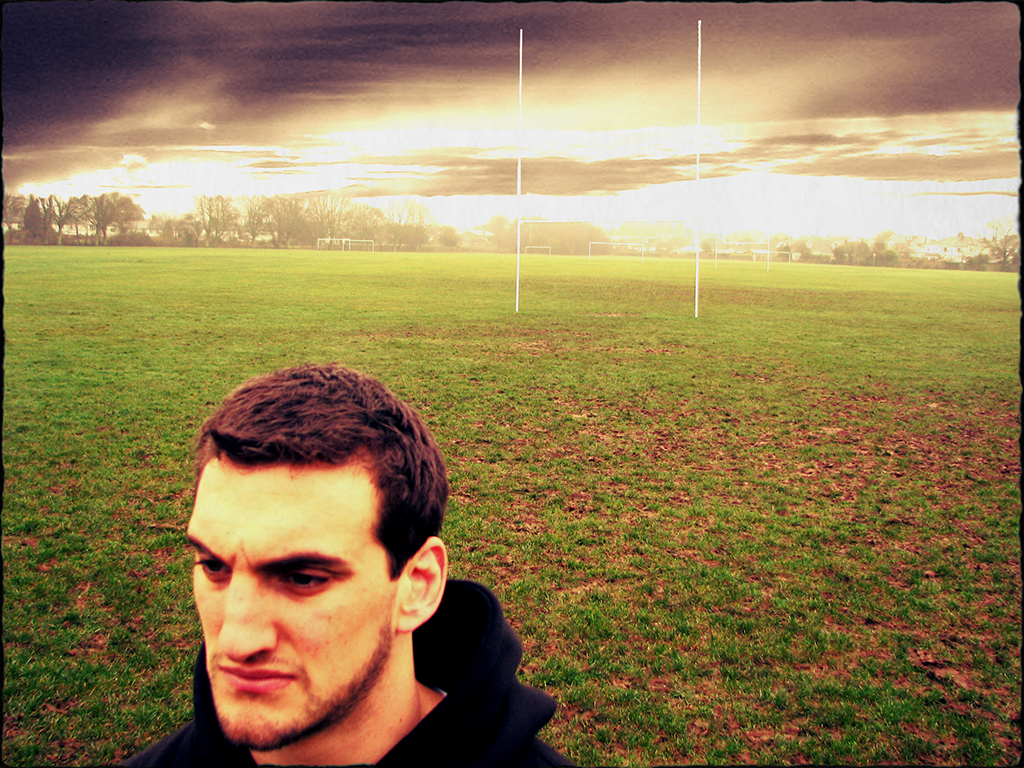 “It’s all still a bit odd to be honest though – I walk into a school full of kids and they’re all singing songs about me. It’s all a bit bonkers – it’s only little me.”

But his rise through the ranks of Welsh rugby has come as less of a surprise to those who have been keeping tabs on the 23 year-old.

He represented Wales at all levels, including captaining the Under18’s, 19’s and the Wales Under-20’s team for the 2007/08 season. He also led Wales to the under 19’s and under 20’s World Cup semi-finals.

But his real rise to prominence came in last year’s Rugby World Cup. His performances were lauded worldwide, but cruelly cut short by an infamous tackle on a Frenchman in the semi-finals.

“I saw Clerc coming at me. At the time I thought it quite cheeky that he would try and attack my channel but I knew I had to stop him. We’re always told to tackle at a 45 degree angle as this takes a lot of the power out of the player coming towards you. But most players would also try and run through me; most of the time I go back in the tackle. But not Clerc on this occasion. It’s almost as if he wasn’t wanting the collision. I came in hard as I always would. But Clerc’s sudden unwillingness to make contact meant that he took the full hit upwards. At the time, I thought nothing of it but then as I got up, there was a bit of handbags. And then I got shown the card.

“My mind went numb. There was nothing I could think. It was too big to take in. It was only when I sat down on the bench and looked at the replay, that I realised how bad it looked. I couldn’t blame the referee because as the rules go, that was a red card.”

Neil Jenkins, who was acting as waterboy came over to me, oblivious to the red card.

“What? For ten minutes?”

Neil smashed one of his water bottles to the floor in anger. Then he burst into tears.

“The boys didn’t let it affect them too much though. They came in at half-time still talking about winning the game. There was a genuine belief that we could win it.”

Sam holds no grudges against Alain Rolland, the referee who sent him off.

“He was just doing his job. Things like that happen to all players in their careers. I just hope that it all equals out and that I get something positive happen that’s as equally dramatic!” 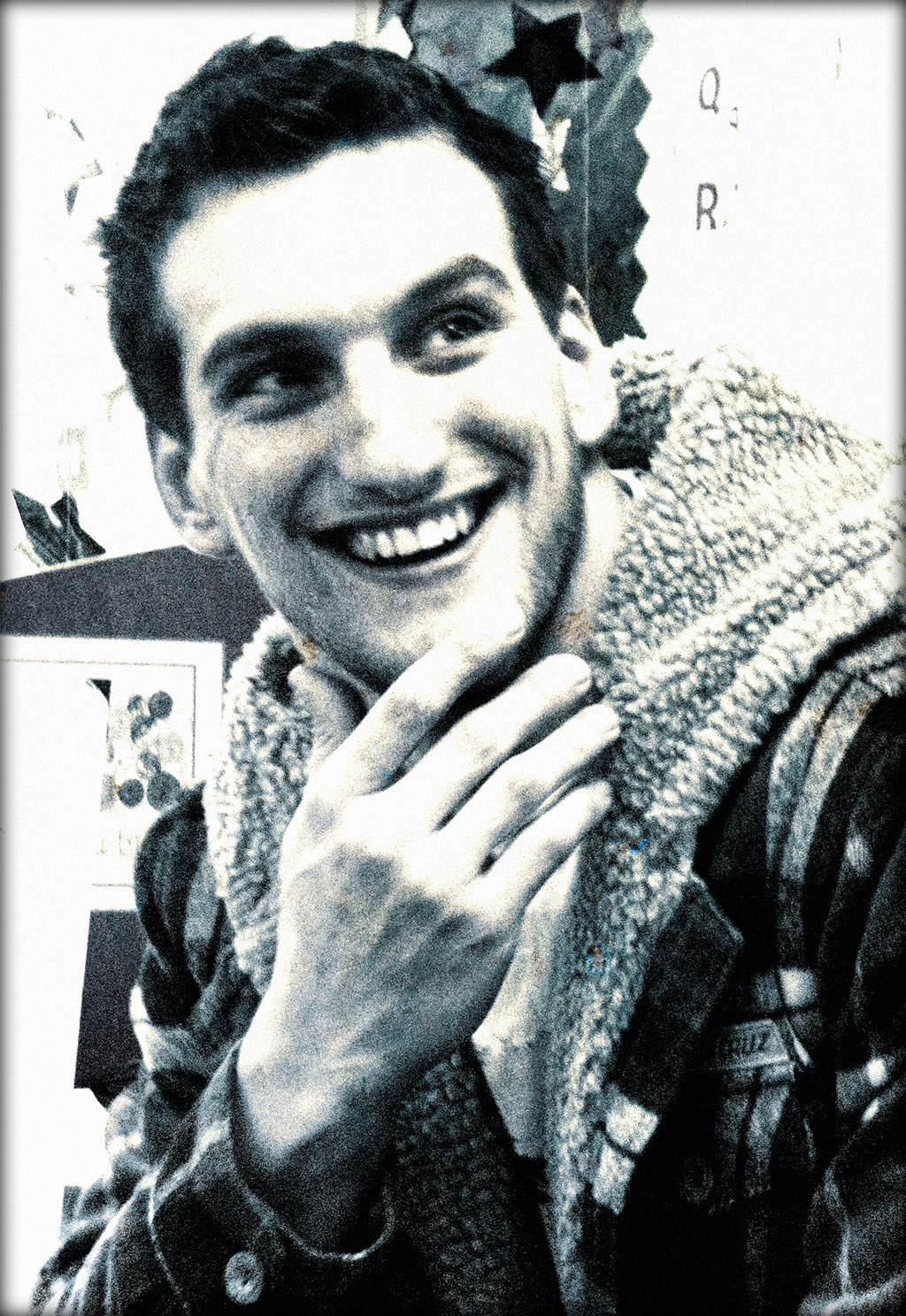 In an ironic twist of fate a few days later, Sam found himself sat next to Vincent Clerc, the French player he’d tackled and been red-carded for on the flight out of Auckland.

“There must have been about ten flights out of there that day. I’d had to stay behind for an IRB dinner. But the chances of me sitting next to him were thousands to one. But that’s what happened. I didn’t particularly want to speak to him. It was quite awkward anyway but to make it worse, he spoke broken English. He joked about getting a massage, we briefly spoke about our immediate plans once we got home. Then I stuck my headphones on and didn’t speak to him for the rest of the journey.”

Sam was quick to move on from the affair.

“The last thing I was going to do was blame the referee and drag the whole thing out for longer. Blaming the referee is not something I’ve been taught as such – just the way I’ve always played the game.”

His attitude, both throughout the World Cup, and after, drew plaudits from across the world. It was perhaps quite fitting then that Sam should pick up the Rugby Union Writers Club’s personality of 2011, beating off the likes of Graham Henry and Shane Williams.

“I didn’t know too much about it to be honest. My agent rang me up and told me that I needed to be at the awards ceremony in London as I had a good chance of winning. So I went up, thinking it’d be a small affair. When I walked in, there were about 500 people sat there – people like Jonny Wilkinson and other well-known faces. I read the list of past winners and thought they’ve got this wrong. The names on there read like a Hall of Fame – Jonah Lomu, Francois Pienaar and Gareth Edwards. I nearly fellofff my seat when I was announced the winner. I genuinely thought there had been a mistake and that I should have been in some kind of newcomer’s category.”

Despite Sam’s success with the Welsh team, he’s realistic about holding onto the captaincy of Wales.

“It was a weird concept at first taking charge of a senior Welsh side. But once I’d gotten over myself, it felt totally natural. I know that other players have just as much right to be captain as me so if it gets handed to someone else, I can completely understand.”

As for long-term plans, he’s got no desire to move away from Cardiff just yet.

“My girlfriend and I have been looking at houses in Rhiwbina. I’m a Rhiwbina boy and it’d be nice to settle down here.”