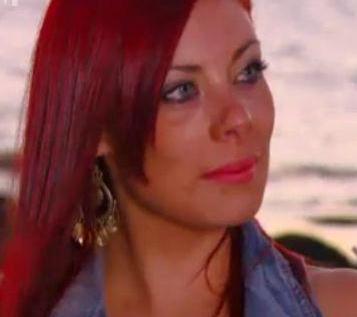 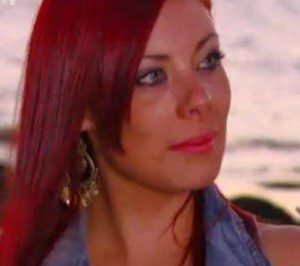 It was definitely ‘likey’ for Rhiwbina’s Steph Sanders when she recently appeared on the popular Saturday night TV show Take Me Out. The former Whitchurch High School student was picked from 30 other contestants by bachelor boy Doug in April and whisked off to the ‘Isle of Fernando’ where she enjoyed a helicopter flight and a romantic meal with her date.

“It was probably one of the greatest experiences I’ve had. I had applied for a bit of a laugh and a confidence boost and never expected to get on the show, let alone get picked and whizzed off to the Isle of Fernando!” the 28-year old told Living Magazines.

“The filming process is really exciting; we had professional hair and makeup done by the team that work on Strictly Come Dancing, as well as being styled by the wardrobe department. It was every girl’s dream! Meeting Paddy was one of my highlights. He is a lovely, genuine guy and exactly the same in real life as he comes across on the TV. Not only that, but I have made some friends for life from the process as you get to spend a really intense amount of time with the other girls and bond very quickly.”

Steph was picked by 22-year old Doug for a date, but for all the chemistry that was there on the official date, things cooled off after.

“As for me and Doug, we travelled home together and had quite a few dates since the show, but then it became clear we wanted different things. Whilst the six year age gap is no issue for me it just highlighted the fact that I wanted to settle down and he didn’t. We still keep in touch and are good friends because we shared such an awesome experience but there was no further romance I’m afraid!”

Steph was proud to highlight that fact that she hails from Cardiff on the show.

“Being a Rhiwbina girl I’m pretty well known in the local pubs and for walking my dog! I take him everywhere with me. I’m a local girl – my mum has even been running for the role of Councillor of Rhiwbina and Pantmawr along with Jayne and Adrian for the Independent Party.”