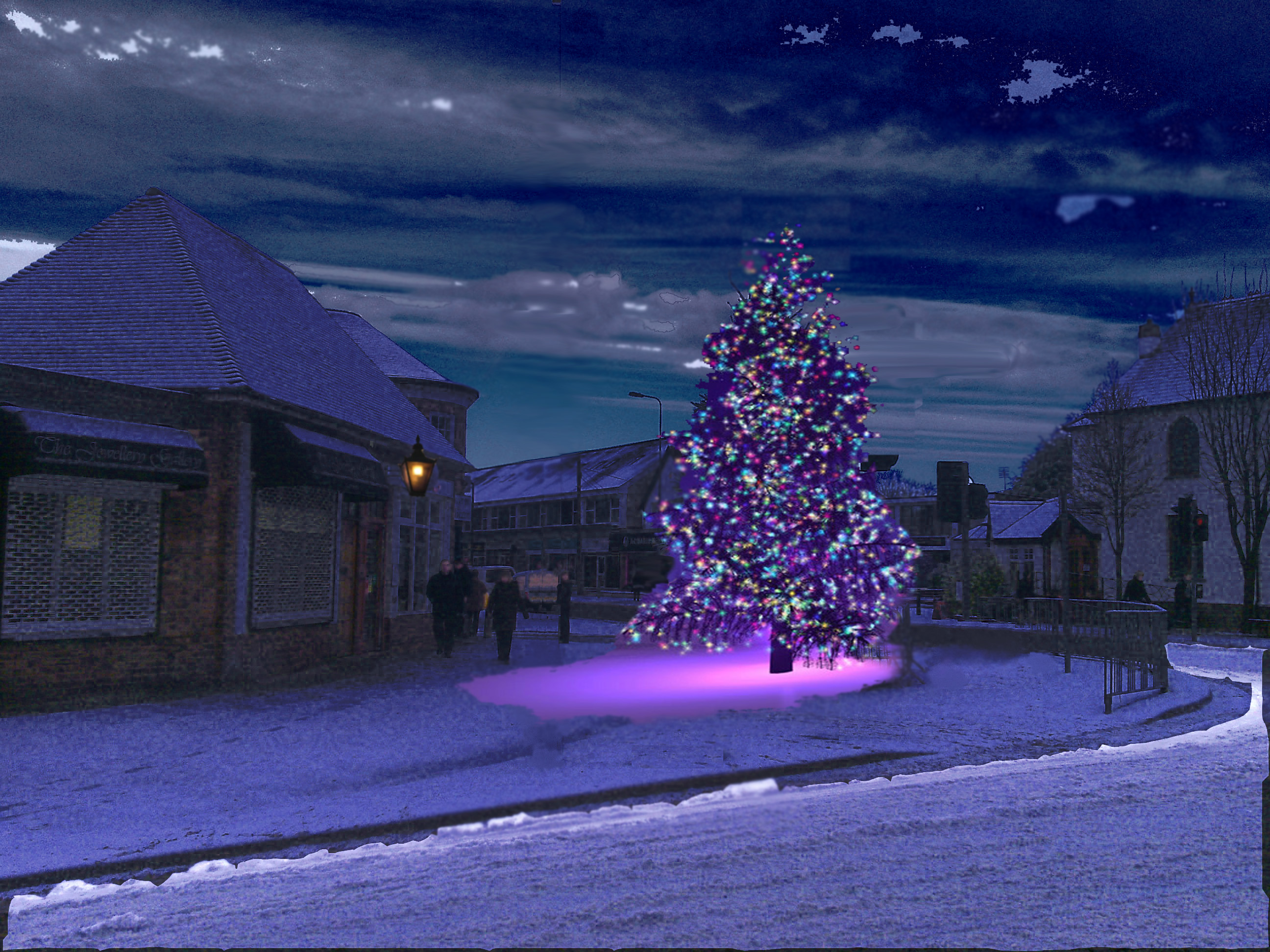 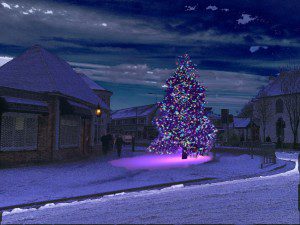 The chimneys had been smoking over Rhiwbina all day. It hadn’t snowed this hard on Christmas Eve for many a year. Down in the village, shoppers were well wrapped up against the bitter cold. christmas rhiwbina

Little eight year old Ron had been shopping with mum all day. He was bored with being dragged from shop to shop.

“Nearly finished.” Mum would say before pulling him into another shop.

“Last one now – just need to pop into the Garden Centre to get us some kindling for the fire and then we’re done.” Ron had no idea what kindling was. The toys on the shelf of the Garden Centre were of far more interest. He picked up a wooden toy soldier. “Mum can I have this?” He’d seen it in one of the catalogues at home.

But behind Ron, a dark figure of a crooked old man shuffled into the shop. His long grey coat hung off his tall frame and his flat cap was pulled down over his face. His large wellington boots seemed two sizes too large and his large red scarf was wrapped around his neck like a thick boa constrictor. The man’s eyes were dark and beady, under bushy eyebrows. They darted around the shop and immediately landed on Ron.

Mum pulled Ron back behind a shelf.

“That’s because no-one speaks to him.”

“No. You don’t understand. He lives on his own and only comes out when it’s dark. People say it’s because he’s a vampire. He’s never made friends in the village. No-one’s ever seen him with his family. He’s odd. You stay away from him, you understand?”

A shiver ran down Ron’s spine and for once he felt cold from the inside. The man mumbled to the shop owner, his eyes still scanning the room like a suspicious animal. Ron grabbed his mum’s hand tight as he watched the man through a gap in the shelf. The old man paid for a bag full of wood, put it in his large rucksack on his back and left the shop.

Ron and his mum finally finished their shopping and headed past the Christmas Tree to Pen-y-Dre, where they lived across the road.

“I wonder if the Angel of Rhiwbina will appear tonight.” said mum.

“Every year, an angel appears at the Christmas Tree and leaves presents for the children of Rhiwbina.”

“How do you know? Have you ever seen it Mum?”

“No. No-one has seen it. A policeman working late night a few Christmas Eves ago thought he saw it but by the time he had got there, it was too late.”

“That’ll be Santa then.”

“No. There are no sleigh tracks and no reindeer. Most of all, there are no footsteps, not even when it snows. Only one person has seen the angel and she said that she saw large flapping objects on its back and as we all know, angels have wings.”

Ron thought Christmas was supposed to be fun. First the old scary vampire man; next, the talk of angels in the village. It was all those feathers he didn’t like. The idea of free gifts sounded okay though. But Ron decided that he was going to stay up late and see if he could see the so-called Angel of Rhiwbina. He was convinced that it was in fact Father Christmas and not some stupid angel and he wanted to prove it to his mum.

Later that night, Ron kissed his mother goodnight and Dad stayed to read him the Night Before Christmas. When Dad had finished, Ron nestled down into his warm bed and closed his eyes.

Dad left the room and closed the door. Ron listened out for Dad’s footsteps heading down the stairs. Then, when he heard the living room door click shut, quick as a flash, Ron knelt up on his bed and peered out of the window. Outside, in the swirling snow, he could make out the Christmas Tree. Its lights were still glowing and the village was empty. A car crawled past at slow speed, its wheels crunching the snow beneath it. And then nothing.

Nothing for a very long time.

Ron must have fallen asleep because the next thing he knew, he could hear that the television was turned off and he guessed that his parents must have gone to bed. The room was colder now and Ron wrapped himself up in his duvet and looked out of the window again. The snow was still silently falling and the tree was still lit. But Ron was feeling tired. Was it really all worth it?

Then, from out of the snow, came a figure. The Angel! At first, Ron couldn’t tell what colour it was or what it looked like. It was just a shadow. But then, as the figure neared the Tree, the glow from the tree lit up the shape. Ron couldn’t believe what he was seeing – a long grey coat, a flat cap, large wellington boots and a large red scarf. The old man reached out to the rucksack on his back, swinging it around and dropping it to his feet. The Angel had suddenly lost its wings!

The man slowly got to his knees and opened his rucksack. From it, he took glittering gift after glittering gift and laid them at the foot of the tree. Ron watched in awe. This wasn’t an angel – it was the old man from the garden centre. Once the old man had finished, he struggled to his feet, threw the rucksack on his back and looked up at the tree.

Then, for a few minutes, he stood there in the silence and the snow. Then, without further ado, he turned, and headed back into the snow and disappeared as quickly as he arrived.

Ron had been hidden behind his curtain, not because he was scared but he didn’t want the man to see him. When he was sure that the man had gone, Ron sneaked downstairs, opened the front door and ran out into the icy street. He arrived at the tree, to see the small pile of presents, all neatly wrapped. Nearby, were large footsteps, which were already disappearing under a fresh layer of snow.

The tree looked beautiful in the snow. The flakes swirled around it, yet the tree seemed proud to be standing there throughout the long darkness of Christmas Eve. Ron knelt down to take a closer look at the gifts. He lifted a long, rectangular gift and opened the tag. It read

“Merry Christmas. May all your New Year dreams come true.”

The present was neatly wrapped in golden paper. A bow stretched tightly around it and on the top was a large red bow. Ron had never seen such a well-wrapped present.

Ron undid the large ribbon and put it in his pocket. Then he slid his finger under the wrapping paper and slowly pulled the paper off. Dropping the paper to one side, Ron suddenly found himself holding a toy soldier in his cold hands. The Angel of Rhiwbina had gone, but had left its gifts to the children of the village. 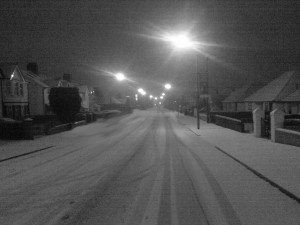