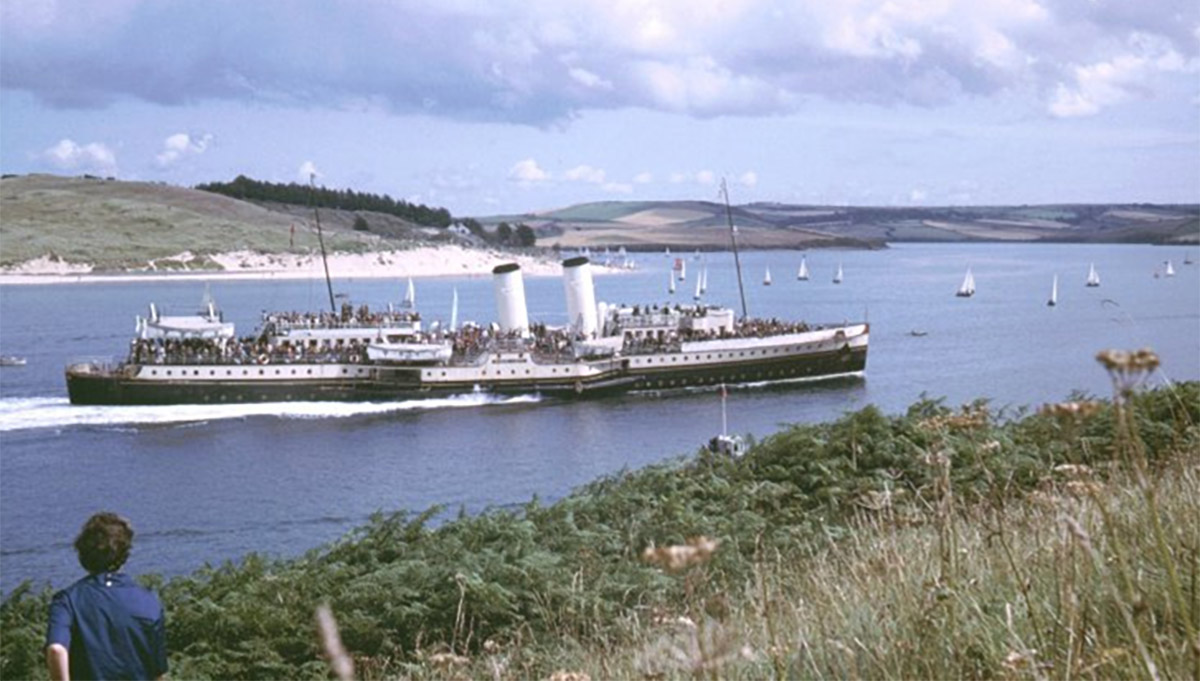 The Bristol Channel has always been a unique place.

The Channel is both wide and spacious compared to other British seaports. It breathes clean unfettered air but takes the full fury of the south-westerlies rolling in from the Atlantic. The Bristol Channel also holds the distinction of having the second highest rate of tidal fluctuation in the world.

So when P&A Campbell took the decision to set up a permanent excursion operation in the Bristol Channel in 1888, they faced many varied and difficult challenges. Early competition was fierce too with local excursion companies realising the potential of the Channel’s offerings.

Campbells built their first ship in 1891 – the Ravenswood, as a rival to the popular Waverley, being run by Edwards and Robinson. The two ships faced off for several seasons, both vying for the increasing trade walking down the gangplanks from the coastal ports and piers. Matters came to a head in 1892 when the two ships collided racing to be the first at Weston Pier. Campbells were deemed to be at fault in the ensuing court case but immediately seized the initiative back by purchasing two more steamers – the Westward Ho and the Cambria. The arrival of the Britannia in 1896 saw the inevitable collapse of local rivalry and gave Campbells the chance to forge full steam ahead.

By the turn of the new century, the Bristol Channel had been truly opened up as a place of opportunities. Sailings to new and unusual destinations were posted up on billboards at piers and harbours around the Channel. Summer expeditions on comfortable steamers were drawing thousands to the coasts and the introduction of the Glen Avon and the Glen Usk only served to bolster Campbells’ burgeoning popularity.

Pleasure steamer outings soon came to a prompt halt however in an event that heard the sound of summer’s light chatter turn to the dull thunder of guns.

Campbells’ steamers were quickly requisitioned by the Admiralty when war broke out in 1914. The Barry found herself ferrying troops in the Dardenelles campaign. Several of the fleet had been sunk and some were in such bad shape that the scrapyard was its only destination. The Waverley was scrapped soon after returning to her home port of Bristol. The dark clouds eventually lifted and in 1919, the Bristol Channel was once again alive with the sounds of whistles and the splash of paddles on water.

The interwar years were generally regarded as Campbell’s high summer in the Bristol Channel. There was a great stability in the composition of the fleet and the choices of days out that these ships could offer was inspiring.

1939 once again saw the steamers returning to wartime duties, including the epic deliverance at Dunkirk. Many of the fine ships saw their final days fighting the Nazi machine – Devonia ran aground and broke her back; Brighton Queen was sunk by an air attack and the Brighton Belle struck a wreck and sank. The second Waverley and Glen Avon were also lost in action, and Cambria and Westward Ho were scrapped once hostilities had ceased.

The post-war era ushered in a period of ambition – the Bristol Queen and the Cardiff Queen were launched in 1946. These two magnificent ships majestically plied the rivers and waters of the Bristol Channel just as the tide of enthusiasm was beginning to recede from pleasure cruising.

The early 1950s was a testing time for Campbells as the rise of the motor car was beginning to take its toll. The Ravenswood saw out her last season in 1954, Cardiff Queen in 1966, and Bristol Queen sadly following in 1968 when she set sail for her very final sailing to the breakers in Belgium. 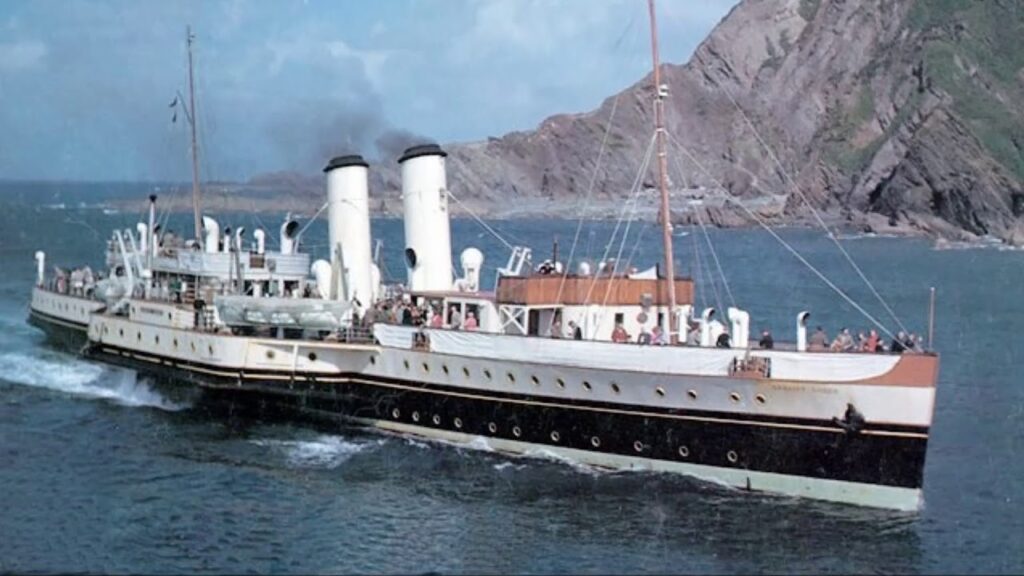 Campbells struggled on with various motor vessels including MV Balmoral, before it too finally succumbed to the economic pressure and the Channel finally fell silent in 1980. It seemed that the Bristol Channel would never hear the beat of paddles on water again. However, in 1974, the Scottish arm of the Paddle Steamer Preservation Society had bought paddle steamer Waverley for the sum of just £1. Looking to increase her financial horizons beyond the Clyde where she was based, they brought the last sea-going paddle steamer in the world to the Bristol Channel for a few weeks in early 1979. She was received with great delight.

The return of Balmoral in 1986 was equally as inspirational. After searching fruitlessly for many years for a support ship for Waverley, Balmoral had been found laid up in Dundee as a failed floating restaurant.

After a lengthy refit, Balmoral arrived back to open up a new era in coastal cruising, and with the Waverley, now brings back old memories to the older enthusiasts, and new experiences to younger generations.

For more information on trips on Waverley and Balmoral, visit www.waverleyexcursions.co.uk