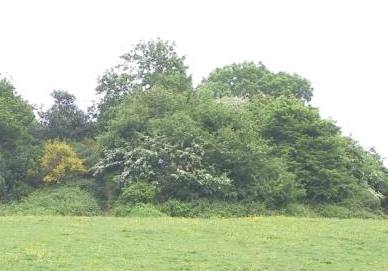 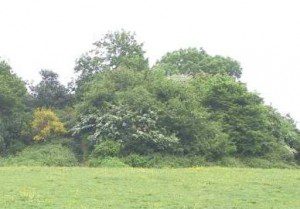 Situated near the bottom of the Wenallt lies what is probably the biggest historical monument in Rhiwbina today.

The Twmpath is a late 11th century Norman motte and is shrouded in legend and lore. Historically, the Twmpath’s enduring story centres around Iestyn ap Gwrgant then King of Glamorgan, and his downfall.

Towards the latter part of the 11th century, a group of Normans, led by Robert fitz Hamo, Earl of Gloucester, were sent by William I to suppress the Welsh in the South Wales lowlands. Legend has it that fitz Hamo sought the help of a Norman knight by the name of Eynion. His job was to forge a false alliance with Iestyn ap Gwrgant. The apparent aim of this alliance was to drive the Normans back towards Bristol and the West Country.

At Rhiwbina, Iestyn’s and Eynion’s armies entered into battle with the Norman army in a field not far from the present day Butcher’s Arms pub. However, no sooner had battle commenced than Eynion withdrew his men and marched to Swansea.

Iestyn’s army were left to defend for themselves but were hopelessly outnumbered. The dead were piled in one great mound and covered with mud. One version of the story tells that Iestyn was placed on his horse and buried upright in the mound that is known as the Twmpath. The battle was so fierce that the local stream ran red with blood. To this day, it’s known as Nant y Weadlydd or Bloody Brook.

The bailey of the Twmpath still stands an impressive 30 feet high, although it is somewhat overgrown these days.