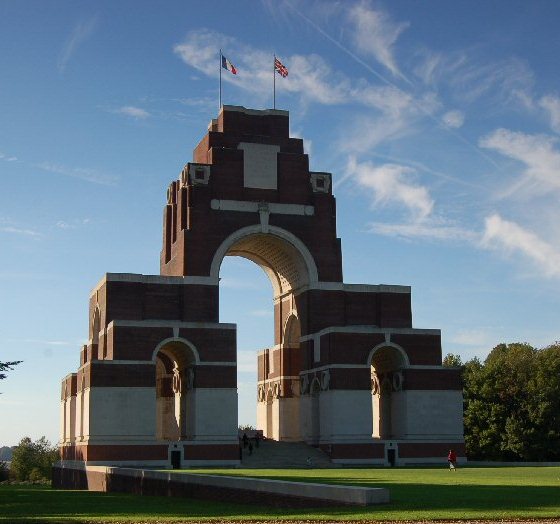 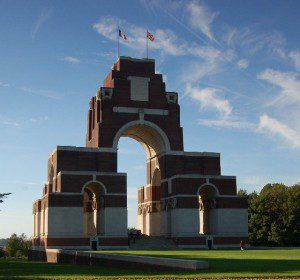 My greatgrandfather Francis Grimshaw, who resided at Tyn-y-Parc Road, Whitchurch, is one of the missing soldiers of the Battle of the Somme, which was fought between 1st July and 18 November 1916.

During that period, the British Army suffered nearly 450,000 casualties with 57,000 on the first day alone. Francis was a Lance Corporal of the 9th Battallion, Welsh Regiment and was lost on 2 November 1916.

Aged 38 years, and a father of four children, it is a cruel irony that he did not have to enlist. Like many men of the time, he no doubt felt a sense of patriotic duty. And so it was, that he left his family and work as a trimmer at the Melingriffith Works to go to war. His loss was devastating to his wife Margaret and their four children Dorothy (my grandmother), Haydn, Donald and Maisie. Margaret was forced to take in washing to support the family. My own father talks in glowing terms of a lady he remembers as loving and hard-working.

Francis is remembered on the War Memorial opposite Whitchurch Library. As one of the 73,000 soldiers with no known grave, he is also commemorated at the Thiepval Memorial in Northern France. Located at one of the key sites on the Somme battlefield, it was designed by Sir Edwin Luytens and was unveiled in 1932 by the Prince of Wales. It remains one of the most impressive memorials on the Western Front and can be seen for miles around.

I have visited Thiepval on a number of occasions. On my last visit, I became aware of a couple called Ken and Pam Linge of Northumberland, who were seeking to establish a database of photographs of the missing soldiers. I provided photpgraphs of Francis, and the family he left behind. These are now a growing database of some 7,000 images which can be viewed by visitors to the Memorial’s Visitor Centre.

2012 will see the 80th anniversary of the Memorial. From July to November 2012, there is to be a major free exhibition at the Historical De La Grand Guerre Miltary Museum at Peronne, relating to the men commemorated. The theme will be of remembrance and the intention is to tell the story of a soldier who went missing on each day of the 141 days of the Battle.

Mr and Mrs Linge are acting as co-ordinators of information and they have selected Francis Grimshaw as the soldier to feature for the 2nd November. Other than the photographs I have provided, I have little other information on Francis. The Museum would like to include any personal objects or items which might aid the portrayal of Francis’s story. I am afraid that I have been unable to assist in this regard.

I wonder however, if there are any older readers of Living Magazines with memories of the Grimshaw family who might be able to contribute material or indeed, their recollections of the family. I know the passage of time is against us, but I would be very pleased to hear from anyone who can help.

Mr and Mrs Linge continue their fine work in compiling the database at Thiepval. They continue to receive photpgraphs. Anyone wishing to submit material may contact them at pam_ken.linge@btinternet.com