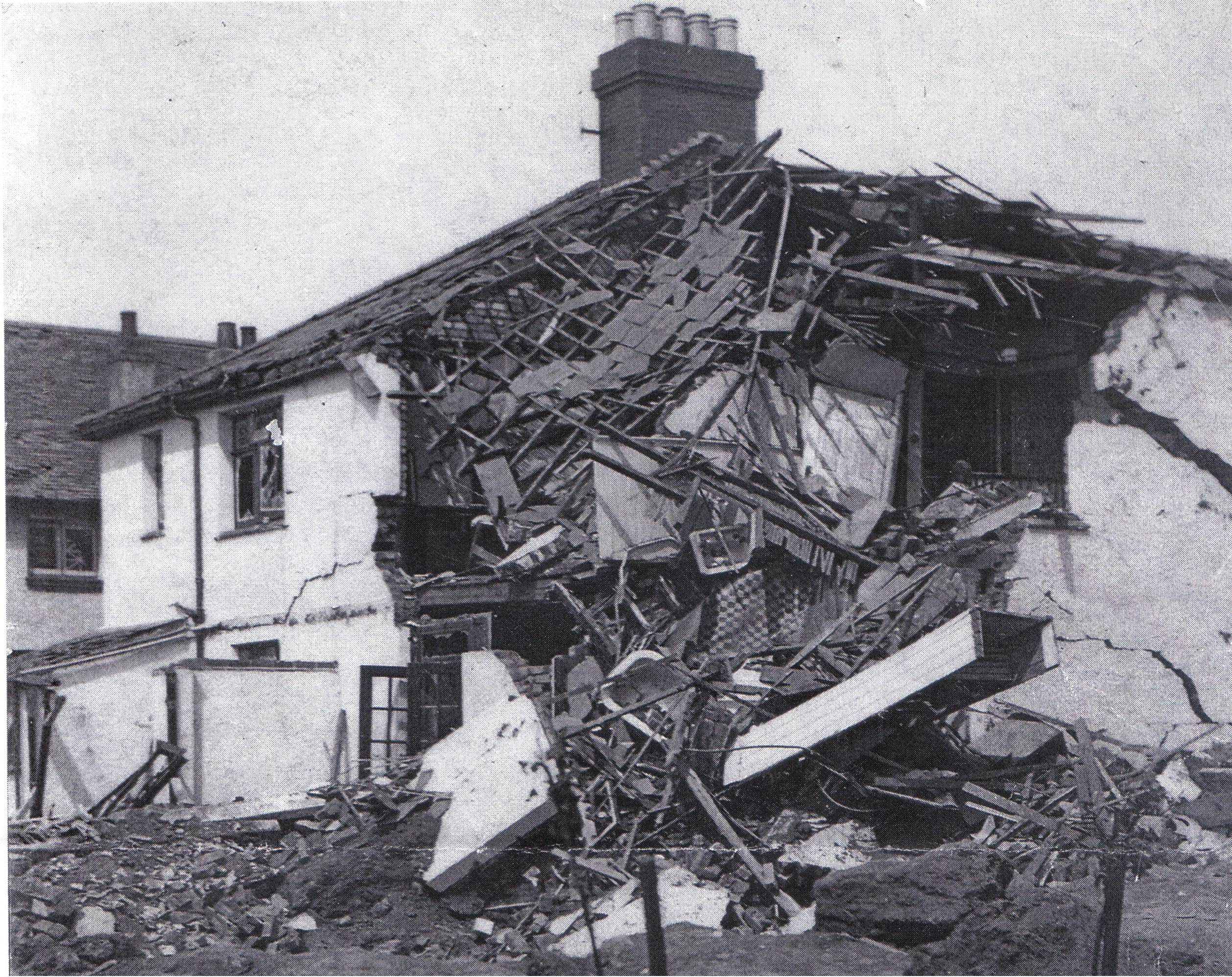 70 years ago, Britain was at war with Germany. The country’s existence hinged on the contributions of each and every individual.

From the moment that Hitler invaded Poland in 1939, its impact was felt almost immediately over a thousand miles away in North Cardiff.

September 1939 saw the start of the great evacuations from the major cities of Britain for fear of bombing. Millions of children, expectant mothers and the blind were sent to more rural locations for their safety. North Cardiff was considered safe enough, and began taking its share of evacuees.

“A double-decker bus arrived at our house one day. It was full of evacuees. My mother was told to go out and choose one. She decided she’d get a five year old as company for me. She brought this little girl into the house and the bus waited outside. Once inside however, this little girl just stood there and screamed and cried.

“I couldn’t understand why she was crying – I was too young to understand. Some of these children must have been mentally scarred for life with experiences like that. Mum had to take her back and we got Doreen instead. She was a young girl about ten years old and had been bombed out in Birmingham.”

Rationing began in late September 1939, and so too did what was called the ‘Phoney War’.

Public places, such as cinemas and theatres were closed. The Monico Cinema in Rhiwbina was transformed into a communal air raid shelter, while gas masks were made compulsory.

Rhiwbina’s village shops kept their residents stocked as well as they could. Smart’s Garage, which was based on Heol-y-Deri closed its small zoo but the tea garden continued to provide refreshments for those from Cardiff who were heading to the Wenallt – a popular destination in those days.

The Home Guard (established in 1940 as the Local Defence Volunteers under the Secretary of State Anthony Eden, but later renamed under Churchill) provided an invaluable service to the residents of North Cardiff, rescuing victims of bombing raids, clearing rubble, guarding damaged buildings and putting out incendiary bombs.

Pill boxes were set up in the area for guard duty, which was undertaken by able-bodied men from the ages of 17 to 65 who were not in military service.

Rhiwbina and Whitchurch had their own Home Guard Battallion called the 11th Battallion A Company. The battalion comprised of men of varying backgrounds from engineers to bricklayers. But by 1943, 25% of civil defence workers were women, who acted as air-raid wardens, medical services and the Women’s Royal Voluntary Service, who helped look after refugees from all over Europe.

The Royal Ordnance Factory in Llanishen was the tempting choice for Nazi bombers in 1944 due to its output of munitions. The factory had a large population of female workers and the work was hard and unrelenting. Employees worked eleven or twelve hour shifts, making guns and ammunition for the armed forces.

The factory took a hit in the spring of 1944 from an anti-aircraft shell. 33 people were injured and nine were killed.

Rhiwbina’s Wendy House was set up as an Air Raid Warden’s Post, run by Mr Bassett of 18 Y Groes. Air raid trenches were built along Heol-y-Bont but were later abandoned after they repeatedly filled with water. Blackouts, aimed at preventing German bombers from recognising landmarks from the air, were introduced. Windows had to be blacked out and all traffic had to run on reduced lights. This did however cause an increase in traffic accidents.

Bob Lewis was a small boy during the war. He lived on Pantbach Road, and was hidden under the stairs of his family home when it was hit by a Nazi bomb.

“We didn’t hear it coming but we felt it when it arrived. The house shook violently; the fridge stopped; pots fell from shelves, bricks and masonry fell down the stairs. There were a lot of noises but no big bang as such.

“Nos.131, 133, 135 and 137 were totally wrecked. Our upstairs bedrooms were open to the skies and full of rubble – we would not have survived if we had stayed in bed. There was a car on its roof at the bottom of the garden and our car had been crushed in the garage by the weight of the sub-soil.

“I remember the two candles that still burned brightly after the raid, even though the room was wrecked.”

Further bombing occurred on Wenallt Road and Whitchurch School, but North Cardiff got away with little bombing compared to other areas of Cardiff.

By law, all residents of the UK had to carry a gas mask. Stirrup pumps were installed across North Cardiff to assist with putting out fires.

Whitchurch Hospital also played an important role during the war. It became classed as an ‘Emergency Hospital’ in 1940 and remained that way until the end of the war in 1945. It looked after civilian patients but also took D-Day casualties and those returning injured from the front lines of Northern France. Patients would be brought to the hospital by train via Cardiff General and the Coryton line.