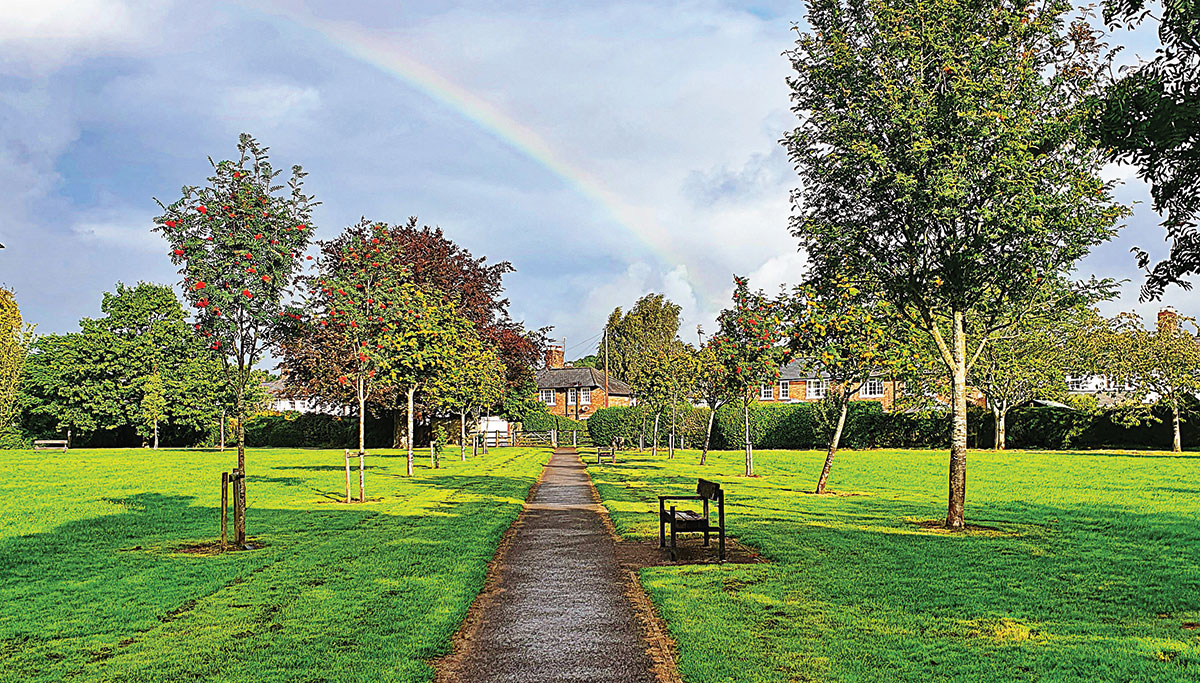 I enjoyed the recent article on the history of Parc-y-Pentre and if I may, I would like to record the links between the Rhiwbina Recreation Club (RRC), which was formed in 1914, and Parc-y-Pentre.

In 1914, the RRC leased 7.5 acres of land, from what is now the Rhiwbina Garden Village, which included the present site of the club, and land up to the houses on Heol-y-Deri.

Following the First World War, the club, in response to an unbelievable demand for the leasing of cricket, football and hockey (named in the club history), rented the land currently occupied by the school. At that time, 1920, the Civil Service Sports Club rented the field (Parc-y-Pentre) from the Rhiwbina Garden Village (RGV) at £15 per annum.

In 1926, the Glamorgan County Council purchased 1.7 acres of land from the RGV ie. the land north of Lon Ucha. At that time, the RRC rented this site along with the site of the playing fields from the RGV. As a consequence, the RRC (having lost their football pitch), applied to the RGV for a tenancy of the field (now Parc-y-Pentre). In 1926, a football section of the club started playing on the field. At its peak, the RRC rented 18 acres of land from the RGV.

In 1930, Cardiff Cosmos AFC applied to the RGV to share the ground and this was accepted at £20 per annum. The association lasted until 1942. I suspect that this coincided with the construction of the water tank in the middle of the field in response to the wartime bombings (the Royal Ordnance Factory being the target). A similar tank was erected in the southeast corner of the school grounds.

One other interesting feature is the background of the path leading from the village to Parc-y-Pentre. I believe this is on the boundary between the two major land ownerships and the fact that the RGV (or Welsh Town Housing Trust) first purchased land to the north of the path, hence the houses on Y Groes being the first to be built in the RGV. I am not sure of the names of the estates involved; possibly Penllyn Castle and Wenvoe Castle. Perhaps someone could do some research on the major land ownerships for the Rhiwbina area.

A final point regarding Parc-y-Pentre relates to when I was recently walking in the park, and I came across a man with a metal detector. Apparently, he had, over the years, discovered several coins in the park. I believe that they were Roman coins. I understand that there is a small society of metal detectors in the area. Again, another interesting point to follow up.