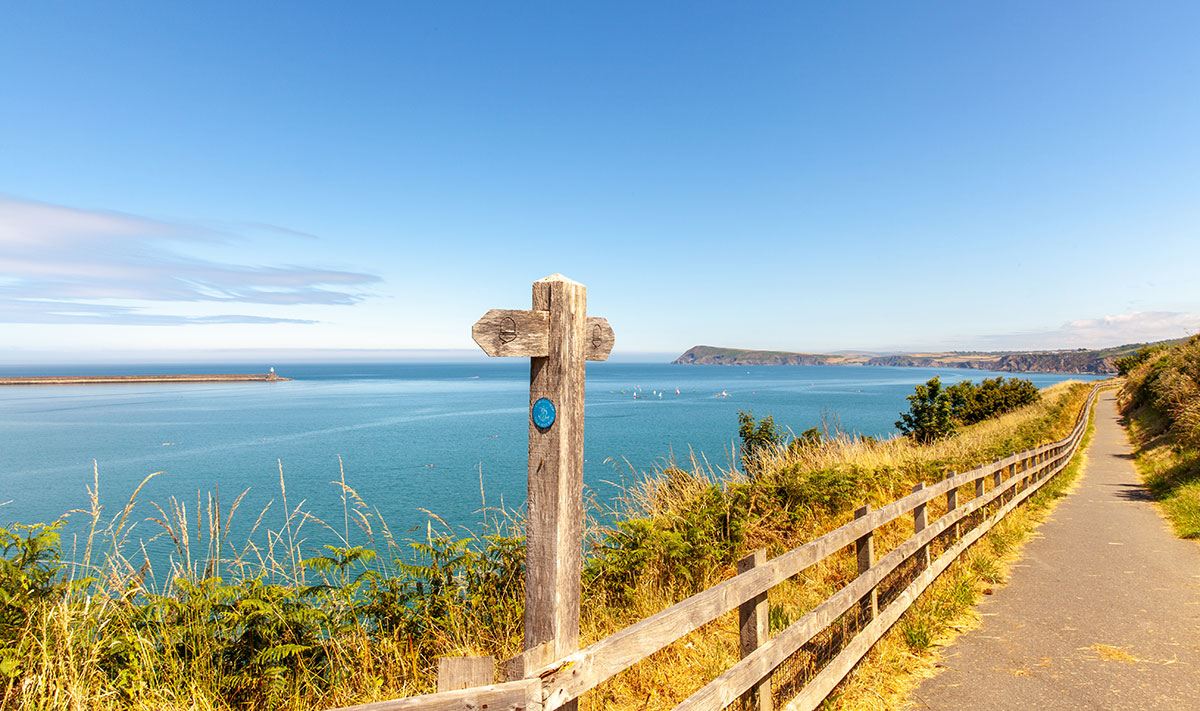 If you’re not planning on going abroad this year, there are plenty of places in Wales where you can sit , be still, and admire the gorgeous views

This mountain in the western reaches of Snowdonia punctures the sky for miles around. It’s easy to access from the A5 and on a good day, the views from its 3,010ft summit are extensive.

But this mountain is no easy stroll. In fact, it was used as a training ground by Sir Edmund Hillary and his team who tried out oxygen equipment, as well as practising rescue and safety routines there. If it’s an easy ramble you’re after, you’re better off leaving the mountain to those more experienced and prepared.

Stick to the lower paths instead, in and around Llyn Ogwen, where you’ll be rewarded with gorgeous views of the mountain itself. The routes cover rocky ground which can get slippery when wet, so extra care is needed when you’re out exploring.

With 3 miles of golden beaches, it’s easy to see why Rhossili Bay has been voted many times as one of the best beaches in the UK.

The bay includes one of Wales’s most famous landmarks – Worms Head. Penrhyn Gwyr, as it’s known in Welsh, is a tidal island just off the coast. Walkers have access to it 2 and half hours either side of low tide but due to the sharp rocks that you’ll find there, it’s best to stay away if you have dogs or mobility problems. Remember to check the tide times before you venture out!

If it’s a gentle amble you’d prefer, the beach’s sandy shores offer the perfect place to unwind. There is also a coastal path that you can take that offers wonderful views.

Another bay in the Gower that offers a spectacular shoreline of sand dunes, salt marsh and three famous limestone cliffs.

About 500 yards from the main beach, overlooking the bay are the ruins of Pennard Castle, which was eventually abandoned due to the encroaching sand dunes.

Pennard Pill, a large stream, flows into the sea down the middle of the bay, which is often awarded Blue Flag status. Dogs are also allowed on the beach all year round.

Eagle-eyed TV viewers may also recognise it in the opening titles to the 1980s comedy, Me and My Girl, which starred Richard Sullivan and Joanne Ridley.

The north coast village of Nefyn on the Llŷn Peninsula, is popular with visitors for its sandy beaches.

The history of the area can be traced back to 300 BC and the sea has played a crucial role in the town’s survival.

Fishing, particularly for herring, became the prime trade for most of the 18th and 19th centuries.

Today, the town offers walkers a great place to base themselves, the village being situated midway along Llŷn’s north coast path. The beach is well known for its clear blue waters and stunning views of the bay. The distant three peaks of The Rival Mountains (Yr Eifl) can be seen to the east.

The golf club, way up on the headland, offers players spectacular views of the sea and the coastline on every hole.

Trwyn Du Lighthouse, also known as Penmon Lighthouse, is a lighthouse between Black Point near Penmon and Ynys Seiriol, or Puffin Island, situated at the eastern extremity of Anglesey. It marks the passage between the two islands. It has been unmanned since 1922.

The surrounding area contains a cafe, shop and toilets and is reputedly good for fishing.

Situated at the far end of a gorgeous beach, this narrow finger of land is the perfect place to enjoy the summer sun. Its rolling dunes, large rock outcrops and mixture of historic buildings make it an ideal place for an afternoon of exploration.

There is a mile-long walk from the car park along the beach, and there are more than ten miles of footpaths in the surrounding areas to explore. The island is rich in legends, in particular in its association with St. Dwynwen, the Welsh patron saint of lovers. Tŵr Mawr lighthouse marks the western entrance to the Menai Strait.

Ceibwr Bay is a small inlet of rocks surrounded on both sides by tall cliffs.

This remote little beach consists mainly of pebbles and sits at the end of a deep valley with cliffs extending far out along both sides of the cove. It’s not the place to go swimming due to the fluctuations in the tides but it is popular with scuba divers and those who enjoy kayaking and snorkelling. On a good day, you may even spot a porpoise out to sea. The views from the clifftops though are worth the climb.

Llandudno may be the largest holiday resort in Wales but that doesn’t mean that it can’t boast its own fair share of wonderful viewpoints.

In 1902, the Great Orme Tramway was built to transport visitors to the top of the Great Orme. In 1969, the Llandudno Cable Car was also constructed to take visitors up to the summit attractions. These include a tourist shop, cafeteria, visitors’ centre, play areas, a licensed hotel, and the vintage tram/cable-car stations.

Walks around the River Elan are famed for their expanse and beauty. Walkers are rewarded with views of wild landscapes and flowing rivers.

The area is also popular with star-gazers, who take advantage of the area’s Dark Sky Discovery Site status. On a clear night, the Milky Way is clearly visible to the naked eye.