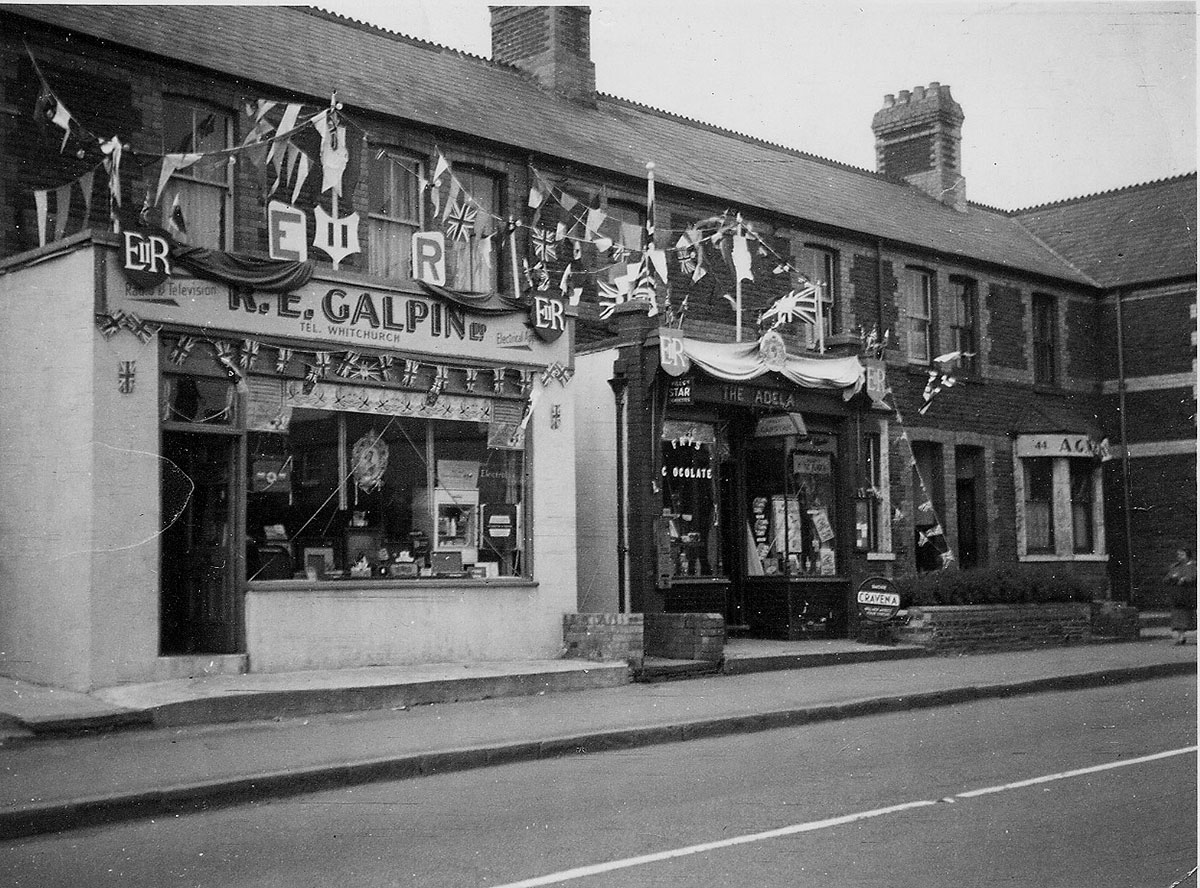 Ken Hopkins was born at Forest Farm, Whitchurch in 1930

My early memories as a four year old are of our two terraced cottages. They had, from memory, three bedrooms, one living room and a rear scullery which would now be called a kitchenette. We had no bathroom, no running water and no electricity. We relied on paraffin lamps for light. Outside, there was a communal hand water-pump which was shared by three families – the Hopkins, the Richards next door, and the Youngs who were the farmers. In my family were my mum, my dad Ned, and my two elder brothers – Ron who was ten years older and Bill my senior by eight years. There was another brother, Teddy, who died aged ten while undergoing surgery at Cardiff Royal Infirmary.

Phil Young worked on my father’s farm. They told me that, as a nosey youngster, I would follow him everywhere. One morning, I was watching the milking and stood too near the cow’s tail. Phil lifted the tail and I was at once covered from head to toe in brown watery mess. I looked like a gingerbread man! Phil carried me back to my mother, who stripped my clothes off and washed the muck off me under the communal cold water pump. Luckily, the summers were warmer in those days.

On another occasion, Phil went on his horse and cart, to collect some hay from the barn. As he forked the hay onto the cart, he disturbed a courting couple. The girl screamed, they both jumped down and ran off laughing. Phil chased them and warned them not to trespass on the farm again. In my innocence, I wondered what it was all about.

Our outside toilet, which was at the very end of the garden was a sort of mobile shed. It had four wheels and four handles, like a rickshaw. My father would dig a large hole in the garden, throw a bag of lime into it, and then move the shed over the hole. Inside the shed, Dad built a long wooden seat with a hole cut out in the middle. That was our toilet. After a month or so, he would move it along and dig another hole.

With no running water, to bathe, we had a long galvanised tin bath which my parents would fill with buckets of water heated up on the open coal or wood fires.

My father was good with his hands. He built us goalposts with nets for us to play football and made a swing with rope and a wooden swing seat swinging from the branch of a tree. The Youngs had a billiards or snooker table in the upstairs of their barn!

In 1935, we moved to No.4, Heol Booker, and the cottages were demolished. We thought that our new council house was quiet posh. We had a toilet, a bathroom with hot and cold running water, a gas cooker, electric lighting and a wireless with a battery that had to be charged. There was a large garden back and front. The rest of the land towards the tinplate works was all allotments. My father had three allotments up on the Batter, beyond the Whitchurch Rugby Club that was.

My father was very friendly with Billy Williams who lived down in the Lock House. His brothers Griff and Tommy worked as mill men in the Melingriffith Tinplate Works with my family and two brothers. This was of course, pre-war. My father and Billy built stables and a shed for Billy’s cart. He was known as Bill the Fish because he made deliveries of fresh fish and vegetables to all the houses.

One day, when I was looking bored, as a seven or eight year old, Billy asked me if I would like to ride to bareback on his smaller horse. “Yes please!” I said (I had never ridden on a horse in my life before). So Billy lifted me up and told me to walk him slowly around the top of the Batter. I was doing OK but then a dog came barking at us. The horse started to trot and then galloped towards Velindre Road. I fell off where the new rugby club is now. I was unhurt but the horse carried on towards the road, turned sharp left down the hill in the direction of Llandaff North. I ran as quickly as I could to Billy, shouting that the horse had bolted down the hill. Both my father and Billy rushed through the small woods, down to the road, almost by Billy’s house and lo and behold – there was the horse, frothing at the mouth, steam rising from its body, waiting for its daily feed of oats or hay.

Les Gibbon, in his article, mentioned the carnival jazz band contest in the park at Whitchurch Library, where I remember they also had gymkhanas and carnivals.

My father and mother, Emma Hopkins, were well-known in the carnival world. They would be some of the stars in the procession from Whitchurch Common to the Library park. He was always the clown or comic. Once he dressed up as a drunken sailor with a red wig and beard. He pulled a very small boat along on wheels with a thick rope. Another time, he dressed up as Old Mother Riley, and had a bucket and mop with which he washed anything in his path – cars, buses and the local policeman’s boots. He would dress up all the children – my two brothers as Zulu warriors complete with real spears and shields, and me as a Roman soldier, all in silver, and my mother as a cowboy. Our neighbours would knock our door and ask if he could lend them any spare costumes. He would provide them all with something (he made all his own costumes being a very talented man). He once made a rickshaw out of a pram and bicycle wheels for my brothers. We have a photograph of them in Library Park in 1937.

After the war, Whitchurch Council was arranging a carnival to celebrate something or other and asked my father to help organise it as well as being the head adjudicator. I know he felt very proud on the day.

Melingriffith Tinplate Works had a well-supported Sports Club where people could box, play soccer, rugby and cricket and do athletics. I remember motor cycling racing at the sports ground. Ernie Hurford was boxing coach and many champions trained at Melin Hall. Names such as Jackie Petersen, Eddy Thomas and his brother Iestyn, Malcolm Collins, Malcolm Innocence, Tommy George, the Pudge brothers Joe, George and Terry, and yes, Les Gibbon, who does not say very much but he was a champion. He fought Howard Winstone and, while in the army for many years, was undefeated. Two local lads who were also Welsh champions were Alec and Derek Donne. Alec was a POW in Japan during the war, and another local lad who was a POW in Japan was Olly Collard. My brother Bill was a Desert Rat. He fought in North Africa and Italy, and was awarded the Military Medal for Bravery at the beach head at Anzio, South of Rome.

My brother Ron was in the Royal Marine Commandos, and was at the D-Day Normandy landings in France. I served my two years’ National Service and went to Hong Kong for 18 months. Then I served three years in the TA with the Welsh Regiment.