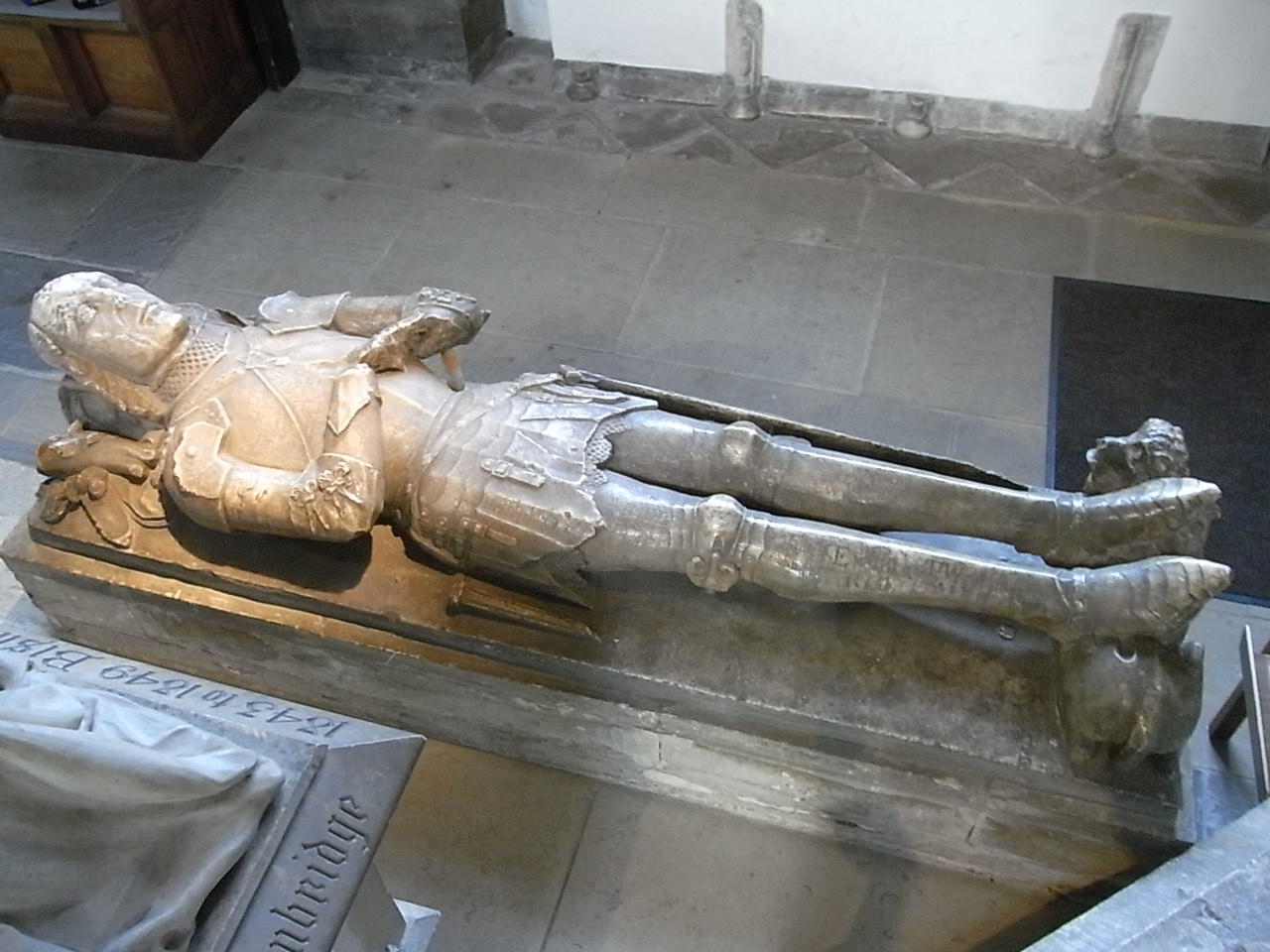 Lying silently in the north aisle of Llandaff Cathedral is Sir David Mathew. The effigy of him that guards his tomb measures 6ft 7 – said to be his height. Born in 1400, he was to go on to become a formidable name in Welsh history, and had a particular influence in the creation of Llandaff and Radyr.

Sir David was the first to adopt the surname of Mathew. David ap Mathew took his name from his father, Sir Mathew ap Ievan (Evan), according to Welsh custom, which was to use the father’s first name as the son’s last name. “Ap” means ‘son of.’ The name, properly ‘Mathew’ had been spelt by Sir David’s descendants in various forms. He married Gwenllian, daughter of Sir George Herbert and had a grant of 2,232 acres of land from Henry VI, the reversion of Caneton, and from William Earl of Pembroke, lands at St. Fagan’s and in Pentyrch.

It is said that he saved the life of King Edward IV at the Battle of Towton, on Palm Sunday, 29 March 1461. As a result, he was appointed Grand Standard Bearer of England.

The Genealogy of the Earls of Landaff tells us that:

“He was a great and zealous Yorkist chieftain, whose extraordinary prowess and daring in the field, even at a very advanced age, were, contrarily to the majority of his countryment, who favoured the red rose of Lancaster, used on behalf of the white rose of York.”

Sir David was one of the Ten Great Barons of Glamorgan, and a Marcher Lord. He received from Edward IV, the grant of the use of the word “Towton” as an augmentation over his crest. In 1480 he restored the shrine of Saint Teilo which had been pillaged and desecrated by a gang of pirates from Biston, and was presented by Bishop Marshall with St. Teilo’s skull, set in a costly reliquary, to be an heirloom in his family, who carefully preserved it for about 200 years, until the death of William Mathew in 1658 at Llandeilo.

His son, also David (b. 1425)(d. unknown), married Ann Myddletonn (b. 1430), with whom he one son, Jenkyn Mathew. The ‘Mathews’ line, would eventually arrive in the new world with Thomas Mathews (b. 1660), Thomas arriving in Halifax, Virginia, circa 1700. Thomas was the grandfather of the patriot Moses Mathews, an American gunsmith and a notable figure of the American Revolution. He supplied the Continental Army with guns and was granted hundreds of acres by George Washington.

David’s grandson, Sir William Mathew of Radyr, was knighted for his participation at Bosworth in the victory over Richard III.

Sir David himself was killed by the Turbervilles of Coity Castle, Glamorgan. The castle itself was abandoned around the 17th century and the castle ruins are now in the care of Cadw.

Sir David was buried in Llandaff Cathedral and his tomb can still be seen today.

The tomb, ornamented with his full-length figure in alabaster, in St. Mary’s Chapel, in the Llandaff Cathedral, (which has ever since been the property and burial-place of the family of Mathews) is one of the most interesting extant monuments of that time. An accurate description of the various monuments of the family in this Chapel may be found in Browne Willis’s 1718 Survey, one of which records that Sir David was murdered by some of the Turbervilles.

Yet confusingly, the 1980 heraldic restoration of the Mathew tombs at Llandaff carried out by Hugh P. Mathew, who was recognised by the College of Arms as having proved his direct descent from Sir David Mathew, has resulted in the Radyr coat being painted on the tomb of Sir Christopher, who was head of the Llandaff branch.

The crest is also not without confusion, being given variously as a ‘heathcock’ (another name for partridge, of the pheasant family), a ‘moorcock’, a ‘fieldcock’, (a vague term possibly denoting grouse), a blackcock, (of the grouse family) and is shown on the Earl Landaff memorial in a form akin to a rooster.

The effigy of Sir David does however show most of the bird forming the crest of his helm upon which he rests his head, but it is missing the head. The feet are short and sturdy, suggesting a grouse-type bird and are not the long legs of a rooster. A gilded bird, probably a dove, is used as a foot-rest in the effigy.