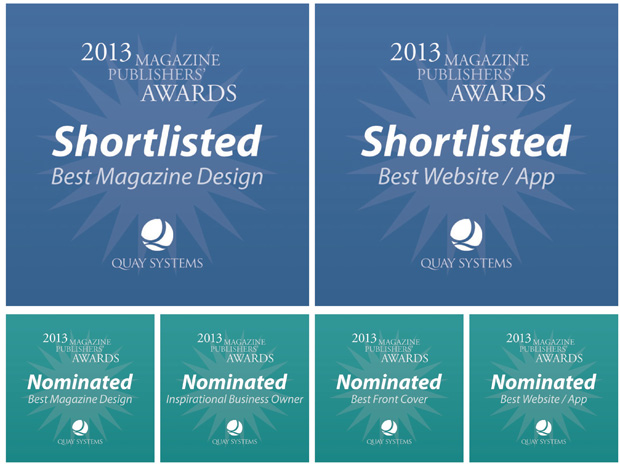 The prestigious ceremony, hosted by Quay Systems, will be held in October. Editor Patric Morgan said:

“We’re really proud to have been short-listed. We still can’t believe that we’ve been publishing for just under six years. The feedback we get from both readers and advertisers blows our minds. We’re hoping that we can go on to win something, but even it we don’t, it’s still nice to get the recognition.”

Living Magazines Cardiff was launched in 2007.

“Both myself and my business partner had moved to the historical suburb of Rhiwbina in Cardiff in 2006 but we were concerned at the dwindling number of shops in the area. Having been an editor on a community magazine back in 2004, we sat down in a sunny garden in August 2007 and drew up a business plan. Its aim now, as it was then, was twofold – to provide a platform for local business to promote themselves and to provide a sense of community through shared news and features. Before we published our first-ever issue, we decided that our magazines had to be of high quality – both in terms of print and content. We settled on full-colour A4 as our format.

“We currently publish 17,600 issues of Rhiwbina Living per year (and we do ALL the door-to-door deliveries ourselves, racking up about 200 miles on foot per issue in the process!). We also publish 30,000 issues of Whitchurch and Llandaff Living each year. These are freely available to readers through our custom-made stands at local supermarkets and through our distribution network throughout the villages of Whitchurch, Llandaff and Llandaff North. Alongside this, we run our popular website www.livingmags.co.uk and we’re also currently expanding our portfolio by developing our all-Cardiff website, www.ilovecf.com

“We stand out because we put so much effort into each issue. We don’t cram it full of adverts and our editorial is always relevant to the local areas in which we publish. We’ve seen off challenges from other publications through our consistent quality and reader loyalty. We’ve also kept our advertising rates the same since 2009 to help local businesses as much as we can.

“We are a ‘freemium’ magazine, but most of all, we’re totally independent. We aren’t a franchise, we receive no funding (apart from advertising revenue) and we have really made a difference to the community. We even dress up as our mascot (Squidgy Squirrel) and turn on the Christmas lights each year!” says Patric.

The magazines have been lauded by The Guardian and copies have even been placed in the National Library of Wales, Aberystwyth, being considered ‘of cultural and historical value’.