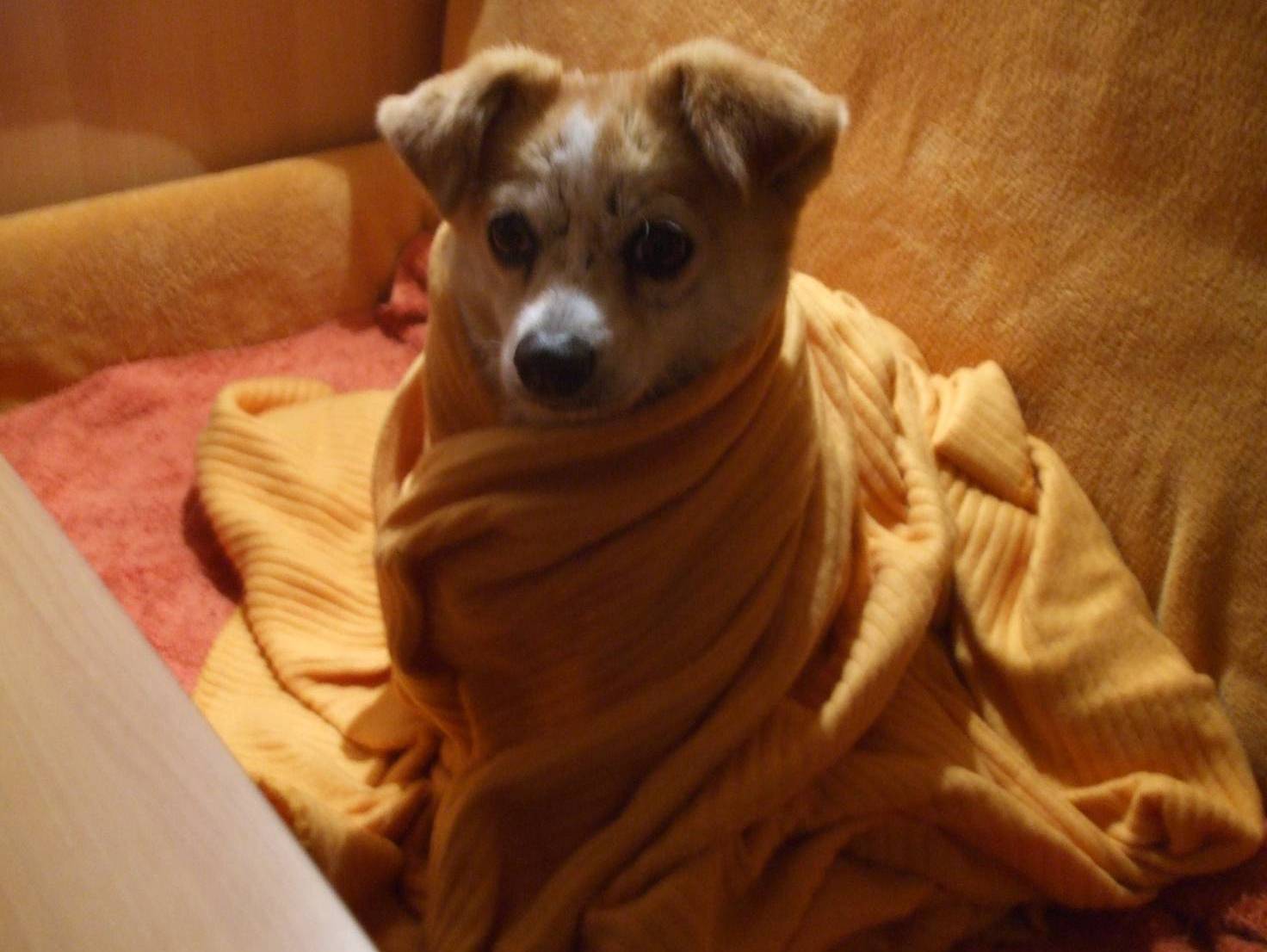 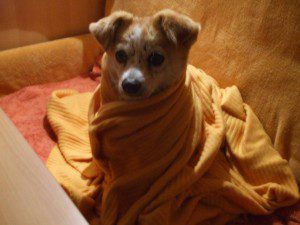 My name is Bakka the Pompek. Pompek is the Trinidadian word for a cute, fluffy little dog.

I was born around 1999 in the West Indies. Trinidad, where I was born was always hot and sticky. I was brought up deep in the country. Huge jungle-like plants surrounded the area where I lived. Although my family had little time for me, I had food and I felt safe.

When I was four years old my beautiful fur started to thin and I began scratching. It was very uncomfortable, but one day my master put me in his old car and drove into the city. Off we went – I was hopeful that he was taking me to see someone who could help me. The car stopped and my master opened the door. I felt a push from behind and I fell out onto the hot tarmac, but before I knew it, my master was driving off as fast as he could go. I chased after him, but the other cars hooted at me and I soon got very confused and tired. After a while, I fell into the gutter and I lay still. I was very sad and very lonely – a long way from my home and my bed.

It was a long few hours in that gutter. Any hope that my master was coming back had since long gone, and I was getting hungry and tired.

Suddenly, I felt someone stood over me. His name was Marley and he crouched down to stroke me. Marley had long dreadlocks and a wonderful smile. His gentle strokes made me feel better.
Marley was even poorer than my first family. His job was cleaning cars and every night he slept in his makeshift shack on a vacant plot near the city centre.

He made me a kennel and gave me my new Islamic name, ‘Bakka’because he was a Muslim. Over the next few months, I sometimes went with him to work and sometimes stayed behind and slept in the sun. When he came home he would put food in my little tin dish and watch me eat. Then he would talk to me. Soon I loved Marley more than I could imagine loving anyone.

At first, Marley wasn’t too worried about my bald patches, but as time went on, they got worse. Then Marley’s friends told him they would catch something from me, so after that I always stayed at home. By then I looked terrible. My skin was thick and grey and sore and all my fur was gone. Poor Marley was at his wit’s end.

One day a lady came and asked Marley if he needed help with his sick dog.

The next day she returned and Marley told me they were taking me to see a vet who would try to make me better. It was an embarrassing wait at the clinic. All the other animals seemed so clean and healthy and none of them would come anywhere near me.

The vet said I had mange and a hormone problem. I would need baths for a few weeks and hormone tablets for the rest of my life. Marley was upset and said he couldn’t cope so they all decided I would be fostered for a few weeks with the lady and her husband, to get me on the road to recovery.

My new owners, Cathy and John already had four big Pothounds (Trini speak for street dogs that lick the pots and pans) but the house was big and they made room for me. After a few weeks I got better and the time came for me to return to Marley. I thought he would be happy and he was, but he then said I needed more care than he could give, and could Cathy and John please keep me.
They decided that was best but I never forgot Marley. Every so often, after one of our drives to the beach, we would call on him to see him. He loved seeing me but never got another dog.

One day, John decided to take us all to Cairo in Egypt. There were five of us dogs getting on the aeroplane and we made quite a convoy. Arriving at Cairo was awful. Our papers were all in order, but it still took us seventeen hours to get out of the airport and John and Cathy had to go to the British Embassy and sign lots of papers before they would let us through customs.
Egypt was very different from Trinidad. We settled in and made new doggy friends and even found a new vet.

Four years flew by and then we were on the move again. This time we were heading to Britain but something called quarantine was causing big problems. To avoid it, we could go to mainland Europe and get our Pet Passports and stay there for six months and then go on into Britain without having to be locked up.

We flew into Frankfurt and I soon realised Frankfurt was only one bit of Europe. We were going to go in a camper van and travel about and see lots of new places. During the next six months, we went to fourteen different countries and saw lots of different things.

Everywhere we went people said how well behaved we all were. Every day we had new adventures. Some of the best ones were in the Austrian Alps, where we went up in a cable car and then spent the day walking down. If it was too much for my little legs, John would put me in the bag and carry me down.

I also liked hunting for harvest mice in the campsite in the Czech Republic. They were some lovely memories. But then it was time to get on a ferryboat and we sailed to a place called Dover.
After we were settled in Dorset, John’s mother, Joyce, came to visit and she started going on about how she would love a dog just like me.

One day, I heard my family discussing me. They were wondering if I would be happier living with Joyce. But they were not sure. Maybe it wasn’t fair to move me, maybe I wouldn’t like it. Very politely I sidled up, wagging my tail.

“Really,” I said, “I would love it.” I’d always been a bit of an odd one out in this family but here was my chance to be the spoilt and only dog I had always dreamt of being.

And so it was, that in June 2009, they packed up my leash, bed, bowls, pills and toys and drove me down to a lovely village called Rhiwbina.

Within a few days it felt as if I had lived with her all my life.

Now I know I shall never move again. Rhiwbina is my home.

I still think of Marley. He will never know that his little Pompek visited seventeen countries over three continents on the way to her final home in Wales.