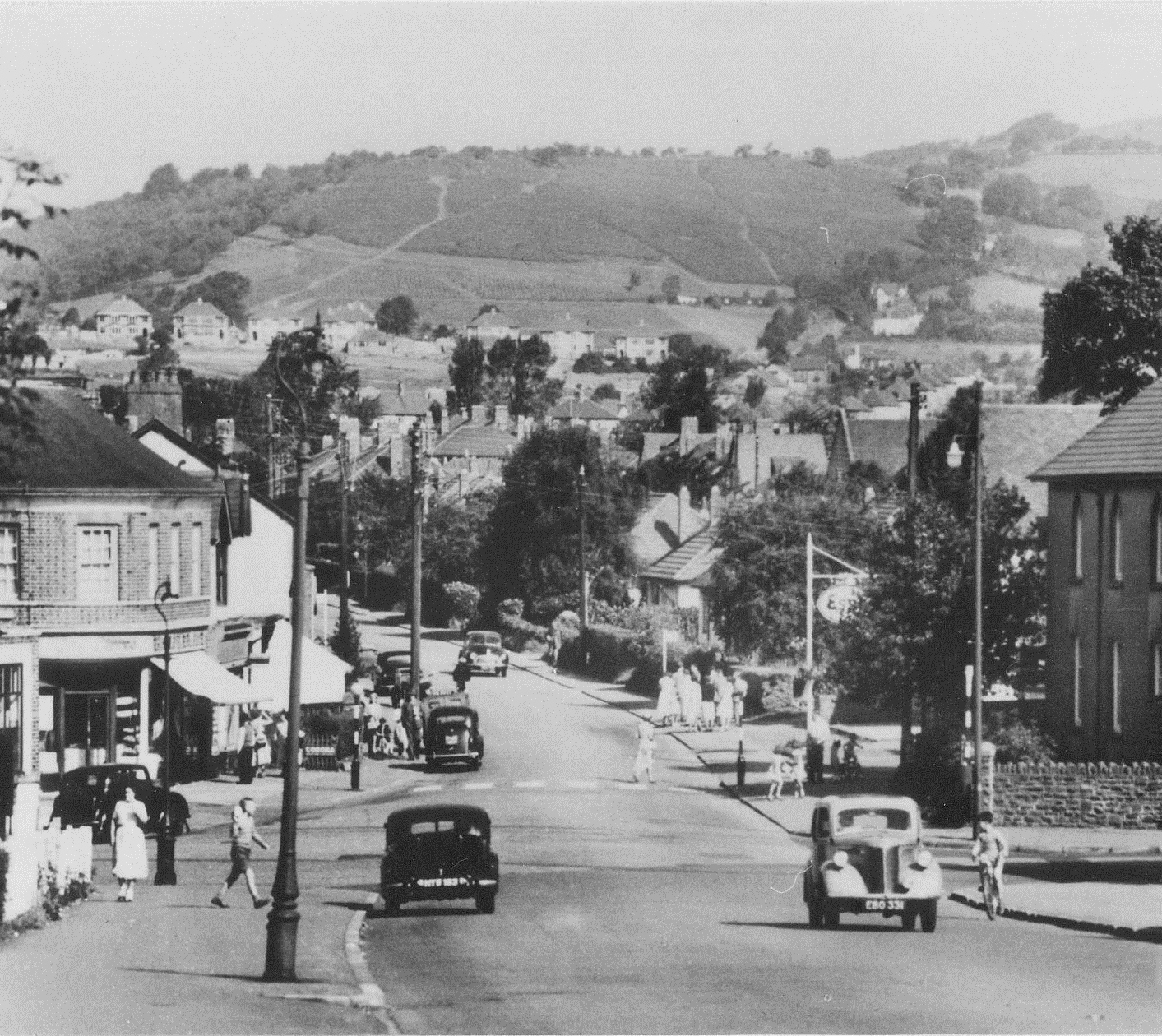 By Mrs K A Lougher

I moved to Rhiwbina when I was 7 years old and attended Rhiwbina Primary School. I used to walk to school, back home for lunch and then back to school again in the afternoon. After all that, it was a walk home again at the end of the school day – a distance I would think of about 4 miles. I wonder how many parents would let their children walk that distance now – and alone! It had to be a very bad day before my mother would give me the penny to go on the bus.

At the end of our garden in Homelands Road was a large area of wasteland where later the Monico Cinema was built. I spent many happy Saturday morning matinees there. Sadly of course, the cinema no longer exists.

I also went to St. Thomas Church in Pantbach Road, and later in my teens I would go to the Church Hall where Sybil Marks held a dance every Saturday night.

I recall joining the Brownies in the Scouts Hall in Beulah Road, and whilst there, the boxer Jack Peterson, who himself was a Scouts Leader, got married. We presented him and his wife with a ‘shoe box’ as a wedding present, which I think the Scouts had made themselves.

We used to go to the Wenallt blackberry picking and I can remember there a plane crashing killing both the pilot and passenger.

When I was 10, we moved to Caerphilly Road and I went to Birchgrove Primary School. I left school at 14 without passing the 11 plus, so I went back to Rhiwbina to work in a fruit and veg shop owned by Fred Broome.

My first job in the morning when I arrived was to wash the fish under freezing cold water outside, then skin rabbits and cut them into pieces for the shop window. I then had to sort out the bad fruit and vegetables. On a Friday, Mr Broome would go on one of his ‘country rounds’, and I was expected to pack up all the orders and load them into the van meaning that I wouldn’t leave work until 7 o’clock in the evening.

By this time, the air raids were very bad and I used to walk back to Caerphilly Road with shrapnel flying everywhere. It was very scary. Altogether, I think I worked about 50 hours a week in the shop. I had hardly any breaks and was earning about 8 shillings (40p) week. I used to give my mother five shillings and I had three. While there, the Broomes had a son. Their second child, who they named David, went on to become the well-known show-jumper.

After about six months, I decided that the job wasn’t for me and so I went to a Mrs Bond in Ty-Wern Road to learn shorthand typing and book-keeping. This led to me getting a job in Cardiff.
I have now lived in the Vale of Glamorgan for 60 years, but if I ever moved from here, I couldn’t wish for a better place to live than Rhiwbina. I have some very happy childhood memories of Rhiwbina and remember it with great affection.