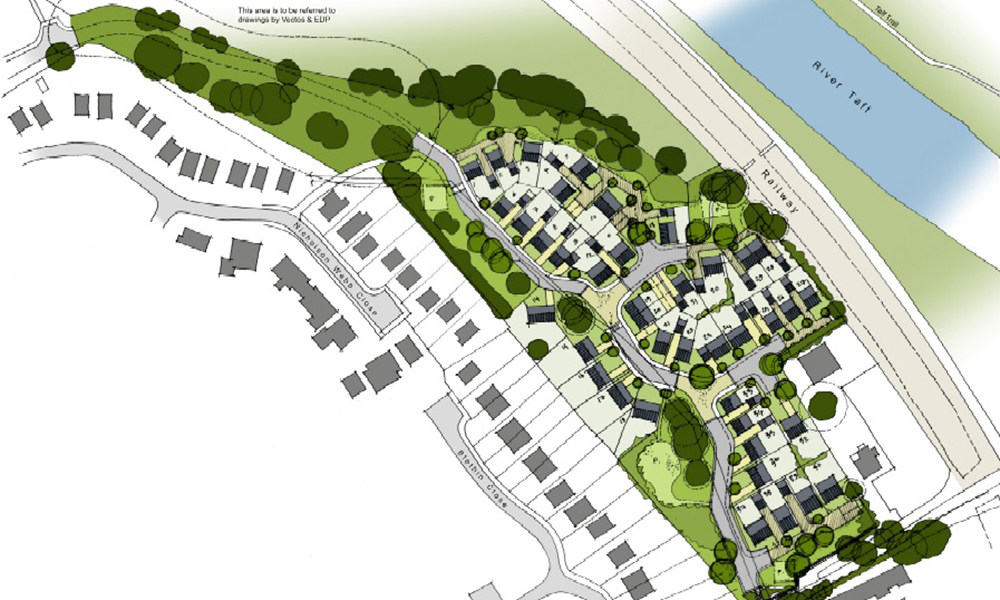 Residents of Danescourt are once again preparing to fight development plans that threaten fields and woodland.

London company Nabatean Ltd, is applying for outline planning permission to build at least 40 houses on land referred to as ‘land off de Braose Close’.

The application failed last time on Appeal, due to highway safety concerns along Radyr Court Road. The new plan requires access via Danescourt streets, primarily Timothy Rees Close and de Braose Close. Locals argue that this route is just as risky in terms of safety and practicality.

The land at the centre of the planning permission is greenfield within the Taff River corridor which is protected by the Local Development Plan. It is criss-crossed by several rights of way and connects to Radyr Woods, Taff River footpaths, Hailey Park and the Taff Trail and is a haven for maturing woodland together with bats, owls, hedgehogs, many species of birds and other indigenous wildlife.

Developers visited the area in September and November 2017 and concluded that the site has ‘limited ecological value’. They also stated that visual and other characteristics ‘have little intrinsic value’. The proposed scheme would comprise the development of 40 residential dwellings together with associated infrastructure, public open space and woodland management.

Planning applications for the same plot of land was refused in both 2004 and 2012, with Cardiff Council saying that ‘the proposal would result in the loss of an area of open space which has visual amenity value in forming part of a corridor of open space.’