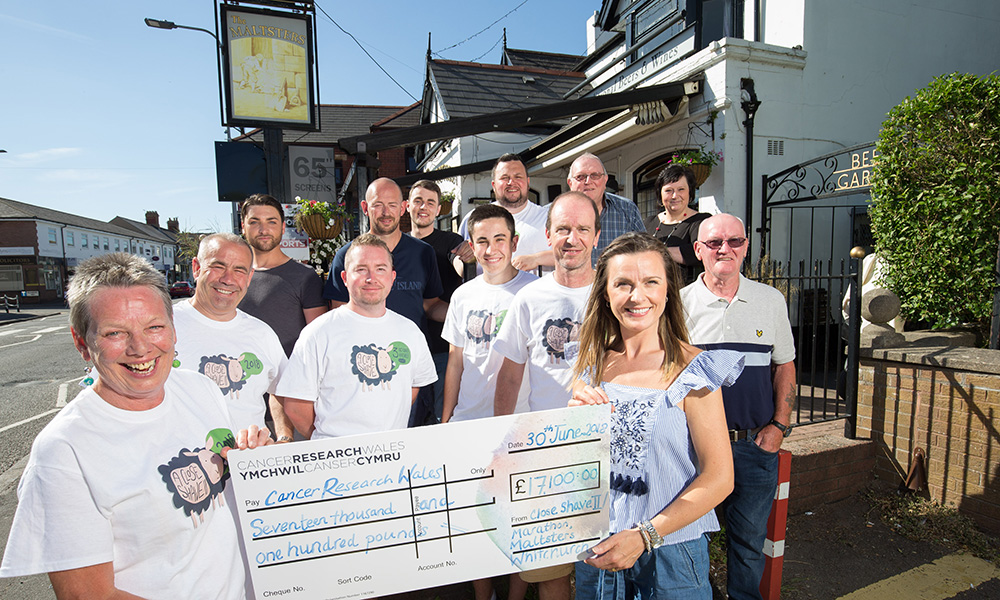 Cancer Research Wales has received £17,100 after 19 fundraisers from Whitchurch had their heads shaved for the cancer charity.

The team of fundraisers joined forces in April this year to take part in ‘Close Shave II’ at The Malsters Arms, Whitchurch, and raised more than £12,000, while two more fundraisers helped boost the total a further £5,000 after running the London Marathon this year.

Cancer Research Wales was presented with a cheque for £17,100, which will be used to fund research that can result in vital developments into early diagnosis, treatments and cures for cancer right here in Wales.

“We are so grateful and thankful at Cancer Research Wales to all the participants who took part in this event.