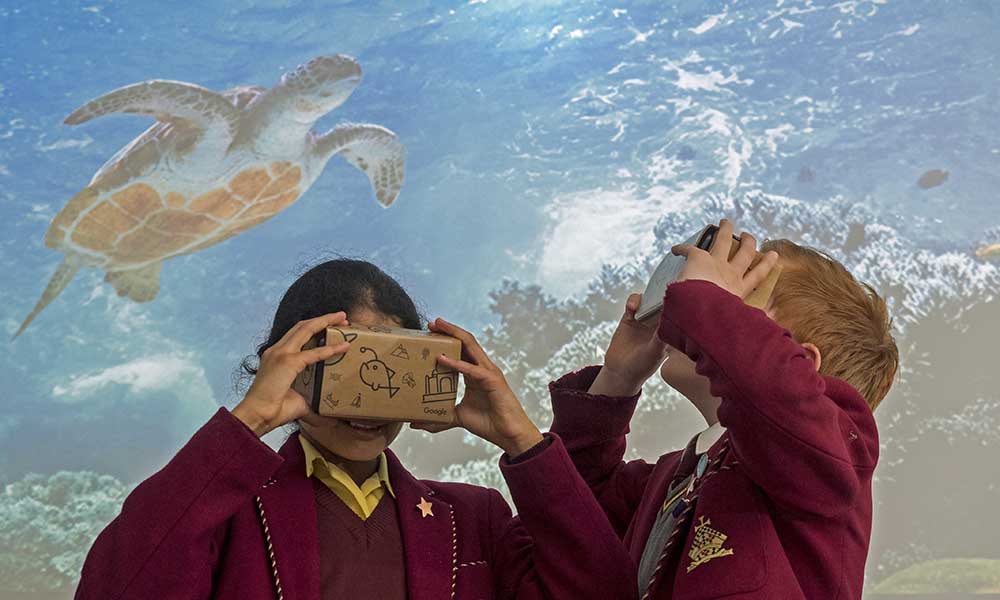 Teachers at the Cathedral School Llandaff took pupils on immersive, virtual reality school trips, based on the UK curriculum with Google Expeditions this week. With Google Cardboard (a virtual reality viewer) pupils explored everywhere from the Galapagos Islands, the Amazon Rain Forest, the Roman ruins and even the Battle of Hastings!

While nothing replaces getting out on a school trip, pupils had an unparalleled opportunity for supplemental learning. Expeditions allow pupils to explore the world without leaving the classroom, bringing the impossible to reach or difficult to understand to life. Teachers were able to seamlessly include these Expeditions in their lessons, as Google partnered with Twig and TES to tailor their content to our UK curriculum.

A box arrived with everything needed to travel: a tablet for the teacher, and Cardboard viewers and phones for every pupil. As the teacher selected a destination, the entire classroom jumped there automatically.

Head of the Cathedral School, Llandaff, Mrs Clare Sherwood said: “Our Junior and Senior pupils thoroughly enjoyed experiencing this alternative way of learning.  There was much excitement as they looked through their Cardboard and their attention was captured throughout their lessons which were brought to life in an entirely unique way. Expeditions was definitely given the thumbs up by the pupils at the Cathedral School and we were very impressed with its breadth of content, application and almost limitless relevance.”

Expeditions at the Cathedral School Llandaff is part of a broader commitment announced by Google CEO Sundar Pichai, to reach one millions students in the UK through the programme while also supporting teachers by providing training in how best to make the most of technology in the classroom.

The impact of Expeditions has already been seen across the United States where students have experienced the magic of virtual field trips.