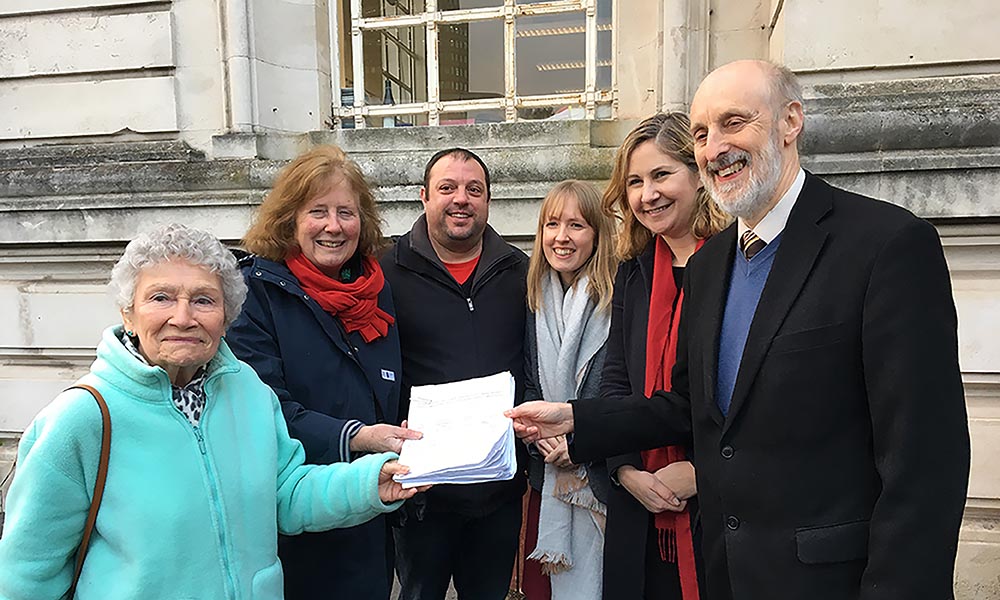 A great-grandmother, Betty Lewis, joined Cardiff North AM, Julie Morgan, to present a petition calling for access to public toilets in Whitchurch on January 26 at City Hall in Cardiff.

More than 800 people have signed a petition calling on the council to provide access to public toilets in Whitchurch after the last public loo closed late last year. They will present the petition to Councillor Bob Derbyshire outside City Hall at 4pm.

“The last public toilet in Whitchurch has closed and this is a serious issue. Some older people in particular do not feel happy to pop into a pub or café to use the toilet and would not come out if they know there is no loo, so it increases social isolation. It’s also very difficult for parents of young children.”

Betty Lewis, aged 82, and Julie Morgan along with local supporters have collected 840 signatures, most of them collected on Whitchurch High Street in all weathers.

“It’s important for elderly people to get out, for their physical and mental health, but if there’s not a convenient toilet to use then it’s impossible,” she said.

“People of a certain age tend to have weaker bladders and won’t go into shopping areas without a toilet nearby.