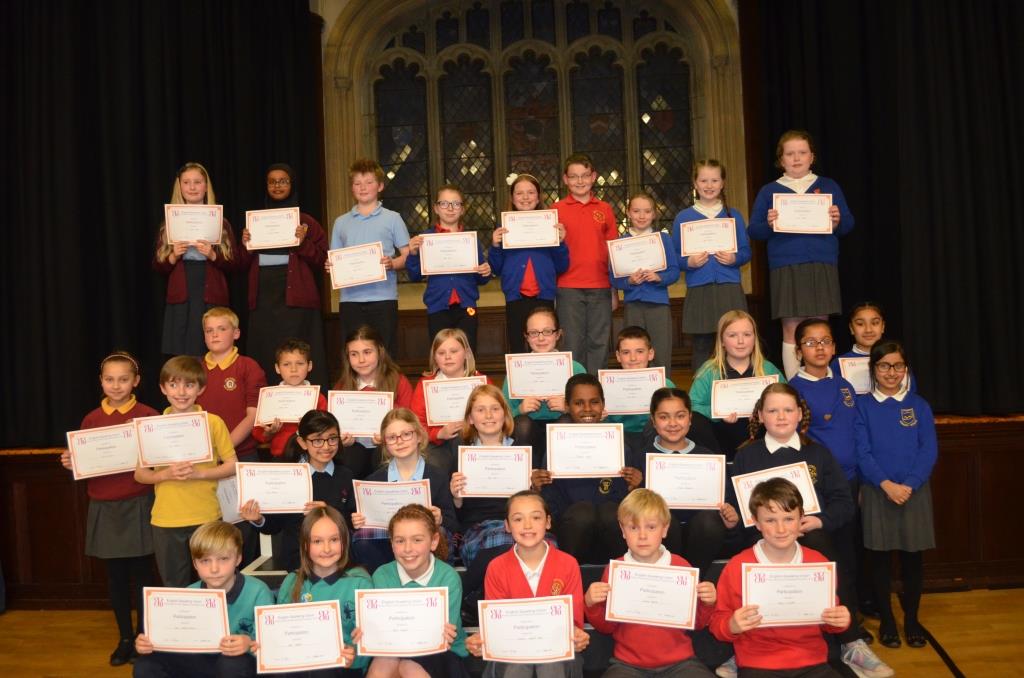 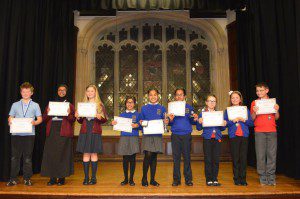 This year it was bigger and better with eleven local primary schools taking part. We were delighted to welcome Year 5 pupils from Baden Powell, Herbert Thompson, Howell’s, Kitchener Road, Lakeside, Llandaff City, Radnor, Radyr and Whitchurch Primary Schools in Cardiff, along with pupils from Bryngwyn and Queen Street Primary Schools in Abertillery.

Prior to the competition, on Monday 9th March, ten pupils from each school attended a public speaking workshop, led by Mr Walters and Miss Roche from Howell’s English department, to prepare them for it. At the end of the workshop every school was assigned a different topic to present at the competition, which saw three pupils from each school, a Chair, Speaker and Questioner, present on their topic.

We were delighted to welcome Derek Morgan, Muriel Harrison and Marjorie Page from the English-Speaking Union, who had the unenviable task of judging the competition. The winning team for the second year running, was Kitchener Road, who discussed the topic “Watching TV is a waste of time”. In second place was Whitchurch, whose topic was “Wales should become an independent country”. Third place went to Herbert Thompson who discussed the topic “Lessons should be optional”.

Congratulations to all pupils who took part; they presented brilliantly and were a real credit to their schools. A very big thank you to the ESU for sponsoring the event and judging the competition. Thank you very much to the parents, staff, friends and ESU members who came and supported what was a fantastic evening.

“The tongue twister activity was so much fun and I made lots of new friends from other schools.”
Year 5 Primary School Pupil