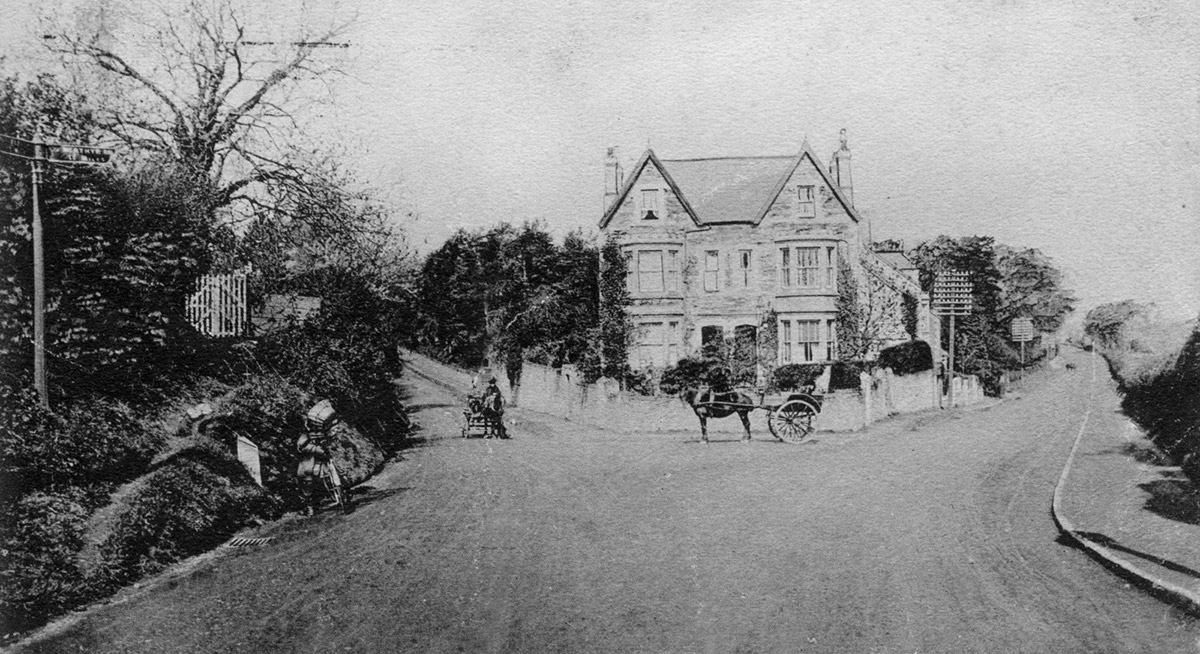 Felindre, Velindre or even Velindra? When it comes to local place names, how can we be sure that we are getting it right? Richard Morgan explains

Civilians in Britain during World War II faced many hazards but not all were the creations of the enemy.

In 1940, many signposts and signs of railway stations were removed; many more milestones were obscured through the use of cement. The intention was to confuse potential enemy invaders and as a result, people had to get by using maps (in short supply) or atlases (often out-of-date) which were difficult to read during the blackout.

Unsurprisingly, many people became hopelessly lost. If you have an idle moment, imagine Cardiff without its road signs, and guess the number of times you would have to stop within a mile in order to direct motorists to a particular street or shop. How long would it take you to reach an unfamiliar address in another part of Cardiff without a name of its destination on the bus?

Place names clearly serve practical purposes but sadly, when they attract close curiosity, it is often because of their humorous connotations (ask the inhabitants of Splott!) or arguments over the correct spelling.

Spelling is important but arguments are best settled by the Welsh Language Commissioner who will consult local people, local authorities, the Ordnance Survey, and historians.

Historians are important because most place names have a historical past which is not always appreciated. We all know that many of our buildings have to be listed by planning authorities because of their architectural or historical merit but do we ever spare a thought for place names?

The name of a listed building may actually be a good deal older than its stone, bricks and mortar, yet little protection is given to the name. This matter is now under consideration by the National Assembly in connection with the Historic Environment (Wales) Bill so if you think place names are an important part of our history, now is the time to contact your Assembly Member.

Place names often provide important clues to hidden archaeology, lost dialect and natural history. When most people were unable to read and write, names had to be remembered and passed down the generations by word-of-mouth. Travellers could find their way by recognising inn signs but farmers had to remember the names of their fields in order to manage them and conveyancing clerks needed the names of houses, mills, woods and roads in order to describe property accurately when they drafted deeds.

Unsurprisingly, spellings often changed because there were few guides to the form of proper names. Some names survive in estate maps and tithe maps but many have undoubtedly been lost, particularly in urban areas; others survive only in the names of streets and estates.

Ty’n-y-pwll Road (‘house in the pool or pit’), Pencisely Road (‘hill of a woman called Sisli or Cicely’) and Ty-Glas Road all recall houses of which few traces, if any, remain. Interestingly, Tŷ Glas (in Llanishen) was recorded in many earlier records as the Blue House. There is no longer a ferry at Gabalfa (Welsh ceubalfa), no monks at Mynachdy (‘monk’s house’), and no water mill at Melin Gruffudd (‘Gruffudd’s mill’) recorded as Griffith Mill in 1666 and Melingriffydd in 1787; but their names provide proof of their past existence.

Place names deserve respect and no one, you may think, would want to tamper with those possessing a long pedigree, but many people – especially in rural areas – have been dismayed to find that incomers have changed the names of houses which may be centuries old. Even in Cardiff, many will recollect attempts in recent years to gentrify Radyr Chain as ‘Radyr Cheyne’. The place name recalls a chain once strung across crossroads on Llantrisant Road to ensure that travellers paid their way on the toll road. Cheyne, meaning a ‘deep valley’, is in any case a word found mainly in the south of England. Anglicisation has undoubtedly had the greatest effect on spelling and pronunciation.

Those of us from other parts of Wales soon get used to the local ‘Landaff’ for Llandaf, ‘Heel’ for Heol and ‘Pent-wyn’ for Pentwyn but, less easily, to ‘Castle Coke’ for Castell Coch. Changes such as these are a result of language change and place name historians would never reject them out-of-hand. We also have to be careful not to dismiss local pronunciation as ‘corruption’.

I was reminded of this a number of years ago when I noticed an old road sign (now removed) for Velindre Road – properly Felindre Road. There’s no difficulty in understanding Felindre because it is a very common one, meaning ‘farm (or settlement) at or belonging to a mill’; but the old road sign read ‘Velindra (with an ‘a’) Road’. One letter may not seem to make much of a difference but it is confirmed by historical references to the house as Velindra 1699-1868 and Felindra in 1788, and is evidence of the Welsh dialect (now nearly extinct) of south-east Wales which often substitutes –a for –e and –au at the end of a word.

Understanding place names is not an easy subject and mistakes can be made if we take modern spellings at face value and take a guess at their meanings. The only dependable way of understanding our names is through collecting written evidence from histories, maps, land tax records, court records, conveyances and sale particulars. The task is now – thanks to digital technology – much easier but it is still one best taken on by individuals working within a local history group where expertise can be shared.

Reading and understanding older historical documents – in Latin, Welsh and older forms of English – can be tricky for those without experience. Research once required frequent visits to libraries and archives. Now it is possible to consult old Ordnance Survey drawings and maps online without leaving your own home. Digital images of wills, tithe maps, newspapers and older historical journals, as well as indexes to other records, can be found on the website of the National Library of Wales (www.llgc.org.uk).

All major libraries, national archives and local repositories such as Glamorgan Archives (www.glamarchives.gov.uk) now have online catalogues and guides to their holdings so that historians can visit them with a clearer idea of what sources they need to check. It is important however, to stress that hard-pressed libraries and archives cannot answer anything other than brief general enquiries from members of the public. The initiative and responsibility for research still lies with the individual historian.

The society promotes the study, understanding and preservation of the place names of Wales, produces a regular newsletter and holds annual meetings in different parts of Wales to which members are invited to discuss projects and listen to guest speakers. The society is already lending support to place-name studies of Flintshire and Glamorgan.

Many lectures are given in Welsh but simultaneous translation is available and no one should feel left out if they do not speak Welsh. Local research, however, still remains patchy and more interest in place-names has been shown in Welsh-speaking parts of Wales, where several projects aimed at collecting evidence for minor names are underway.