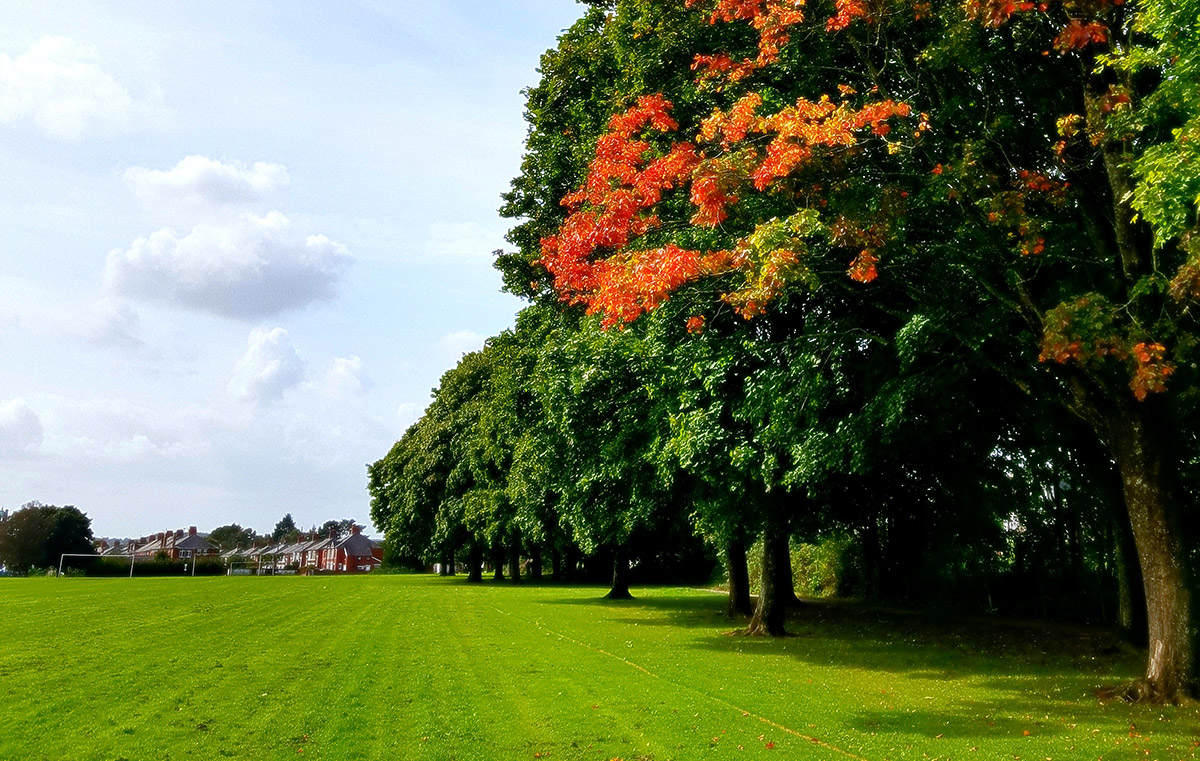 Summer has faded and the storms roll in. The warm season is packed away for another year. Here’s our A-Z of autumn

There’s something very different about autumn air. After a long, stifling summer, autumn air is silky and crisp. It’s cool and soothing all at once, gently caressing the earth, stripping the trees of their leaves and dropping them carefully onto the railway tracks in time for the Monday rush hour.

‘In the other gardens and all up the vale, from the autumn bonfires, see the smoke trail!’ So wrote Robert Louis Stevenson, who clearly didn’t have his washing out on the line when he was in his creative element.

In the early 2000s, a myth began circulating that schools had banned the game of conkers on the grounds of Health and Safety. Children across the UK were told that they couldn’t use their vinegar-soaked, oven-baked, nail-varnished, diamond-gilt, cement-filled horse-chestnut seeds. But then they realised that there was no such ban and before long, knuckles in school playgrounds were once again taking a battering.

That lazy day in October when the clocks go back, most of us get an extra hour in bed (unless you’re a parent) and the clock in the car finally tells the correct time.

An equinox is commonly regarded as the moment when the plane (extended indefinitely in all directions) of Earth’s equator passes through the centre of the Sun. It is the point at which the centre of the visible Sun is directly above the equator. It occurs twice each year, the autumn equinox falling around 22nd–23rd September. If you don’t quite understand that concept, Equinox is the fourth studio album by French electronic musician and composer Jean-Michel Jarre.

For the first time in what seems years, it’s time to consider wearing gloves. You know where they are. They’re in the top drawer in the bedroom. Well one of them is. Where the other one has got to will be the subject of international debate for years to come.

Keats described autumn as a season of ‘mellow fruitfulness’. We presume he never had to plan for Halloween parties or coordinate a Bonfire Night get-together.

Here in Cardiff, nothing says autumn quite like the rugby internationals does it? Forget Christmas shopping. That can be done in the days leading up to Christmas.

They’ve been sat in the drawer since the spring. But pull on your favourite jumper and it’s like getting a cwtch from a much-loved friend.

The part of the house that over the summer becomes somewhat neglected, but comes to life in autumn. Expect partners to constantly be stood in front of the drawers or cabinets that the other partner wants to get into and mumblings of ‘Sorry’.

The last leaves fall, crackle underfoot, wintercrisp in brilliant blazes of red, orange and gold. They’re also very good at hiding doggy doo-doos which you can only discover once you’ve stood in them.

Autumn is often associated with metaphors of ageing and the passing of time. Writers and poets often wistfully reminisce about a summer long gone and of cold, dark times ahead. What a bunch of depressing so-and-so’s they are.

‘As the nights draw in…’ This is how we probably started every autumn edition of Rhiwbina Living since 2008. It’s just sooooo cosy!

Held every autumn in Munich, Oktoberfest is the world’s largest beer festival with over 6 million people attending the event every year. Visitors go there to sample local food, learn about Munich architecture and take in German history. Oh. And to get off their trolley.

Introduced from the US, pumpkins have now become a traditional part of the great British autumn. This large squash plant is often at the centre of traditional violent riots in supermarkets towards the end of October when stocks run low.

As kids retreat from garden play areas into their bedrooms, the village falls quiet, save for Rhiwbina’s dogs who take over noise pollution duties.

Water condensed from atmospheric vapour and falling in drops. Often experienced during the autumn months. Usually just after you’ve paid to get the car washed.

The autumn season traditionally sees squirrels preparing for hibernation by stocking up on food. However, this is another myth. Squirrels do not hibernate. Just like humans, if the autumn and winter weather turns bad, they simply stay indoors and watch Loose Women with a packet of Hob Nobs.

As we all begin to hibernate in our homes, autumn is the time when TV schedules are suddenly packed with both new and well-loved shows. Wine in the garden is replaced by wine in front of the telly.

Your new best friend. Until next spring that is. Look after it, love it, cherish it – and it will reward you with months of almost perfect hair when you get to work.

With the autumn harvest comes the bountiful abundance of vegetables. For those with allotments, there are never enough friends and family to donate them to.

They’ve been at the back of the cupboard all year long, taking up room and getting in everyone’s way. But boy, do they come into their own when the autumn storms roll in. God bless Arthur Wellesley, 1st Duke of Wellington, the man who popularised them during the early 19th century.

Any of several yellow carotenoid pigments, including lutein and zeaxanthin, produced by plants and green algae and visible in the leaves of deciduous trees in the autumn. And there was us thinking we’d struggle to get a word beginning with the letter X.

A hairy humanlike animal purported to inhabit the snows of the high Himalaya Mountains. Can be spotted waiting to collect their children outside schools at 3.30pm on stormy autumn days.

Having two toes projecting forward and two projecting backward, as certain climbing birds. Comes in handy if you’re trying to slowly creep down Heol-y-Deri when it’s covered in wet leaves.