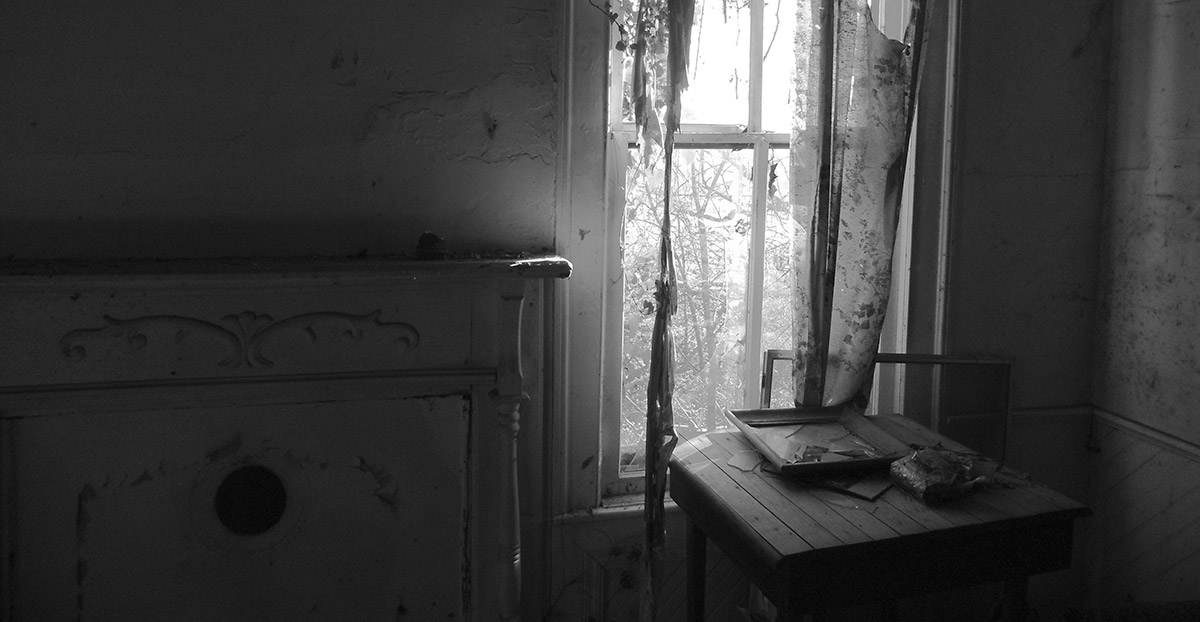 They say that as the cool autumn winds begin to stir the fallen leaves in the village, that the lost souls start searching for places to shelter away for the winter.

Of course, spirits don’t feel the cold. Not in the way that you or I do, but some of these lost souls still think that they’re alive. They have fallen asleep and never woken. Not in our world anyway. Yet their instinct is to seek warmth as the autumn chills blow – and to find themselves a place of rest for the winter ahead.

And so goes the old tale of Bwthyn Berry, the old cottage that once stood on Rhiwbina Hill. It is said that the cottage was never a happy place to live in, even from the year it was built. Legend has it that it was constructed on the site of a shallow grave. Builders came across two skeletons when they were digging for foundations back in the 1800s. The builders simply dug them out and cast them away with the rest of the earth that they had excavated.

The autumn of 1875 began early by all accounts. It had been a short but hot summer. But by late August, the breezes that swept the Wenallt had cooled.

Mr and Mrs Llewellyn, the new proud owners of Bwthyn Berry had moved into their new abode in early July. Within two months, both of them had been struck down by a series of unfortunate incidents. Firstly, Mr Llewellyn, who kept a pony in a small barn to the back of the cottage, was found dead in the hay, late at night. The story goes that Mrs Llewellyn, who found him, ran screaming down Rhiwbina Hill to fetch help. It is said that her screams could be heard three miles away. Mrs Llewellyn never made it to the small collection of cottages at the bottom of the hill. She was found by the side of the road the following morning, her body ravaged by deep scratches. No one was sure whether her screams were because she was distraught about her husband or because she was fighting off someone.

The cottage lay empty for a few years before a local farmer whose house had been destroyed by a roof fire, rented the house and lived in it while his farmhouse was being rebuilt several miles away. He lived alone for most of the time he was there. Four months later, on a cold winter’s day, he was found hanged from a beam in the kitchen.

No one is quite sure why he took his own life, but the last time he had visited the local beer house, he had got himself very uncharacteristically drunk and mumbled about two soldiers in a dark corner of his house.

The cottage lay empty again until the Willcocks family finally bought the cottage just over a year later. Records show that the family moved into the house in May, but by October, they had fled, leaving the cottage empty for the last time. It burned mysteriously down two years later.

It has been said that not long after, that two long-haired men dressed in tunics, chestplates and wielding heavy swords were spotted by a local horse rider early one autumn night. The two soldiers were heading up the path to another local cottage. The men disappeared behind a large tree but never appeared out the other side. The horse rider was too scared to visit the cottage to warn of the visitors. A few weeks later, he himself saw dark shadows lurking in his garden before he went to bed one night.

Rumour has it that the two soldiers continue to roam the village in autumn, looking for somewhere to shelter during the winter months. Even as recent as 1998, there were reports of dark shapes down the bottom of gardens in the village.

One woman claims that she once climbed the ladder into her attic, only to be met with two pale faces sitting in the corner, looking back at her.

So keep your eyes peeled when you pop your bins out at night – you never know who’s watching.