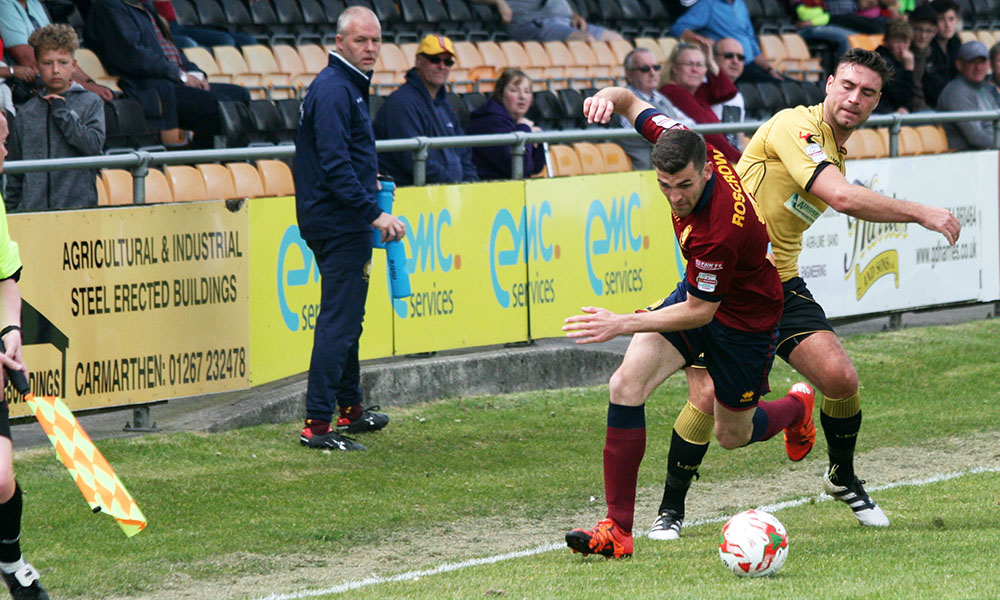 Cardiff Met is one game away from the UEFA Europa League after a nail-biting play-off semi-final against Carmarthen Town on Saturday, where they scored 2-1.

Adam Roscrow levelled for Cardiff Met shortly after Liam Griffiths first scored for Carmarthen in the 48th minute, but it was Charlie Corsby’s 93rd-minute winner, which was the talk of the match.

Cardiff Met is the first university to achieve this status and played a great game on Saturday, with several opportunities lined up – including an early start from Rhys Thomas and an early save from the University’s Student Union President Will Fuller just minutes later.

Just before half time Cardiff Met’s prime attacking threat Charlie Corsby almost created a chance for Elliot Evans but it was foiled by a last ditch challenge from the home side.

Adam Roscrow was named Sponsors’ Man of the Match after intercepting a loose header from Carmarthen’s Dwaine Bailey back to his keeper Idzi to score Cardiff Met’s first goal of the game.

Sticking to their reputation for hanging on in tight games, Cardiff Met won a free-kick out near the corner flag before going to extra time and midfielder Josh Barnett crossed to Corsby, who was awarded Sgorio’s Man of the Match Award for his diving header.

The team has everything to play for in Bangor in a year when there is a firm football focus on the capital city which hosts next month’s UEFA Champions League Cup Final.

S4C will broadcast from Bangor University Stadium from 5.15pm.