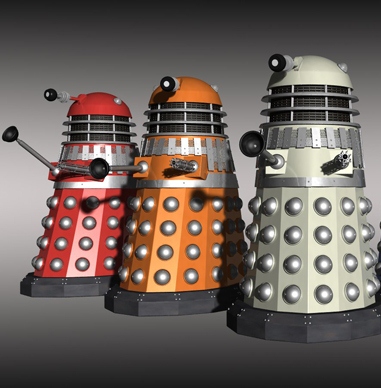 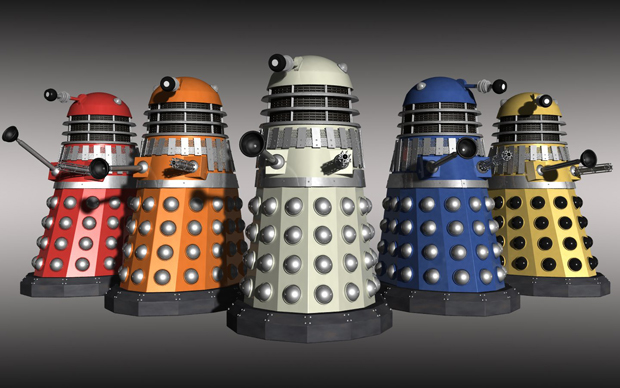 The Llandaff Society will be unveiling a blue plaque at the birthplace of Terry Nation, the creator of Doctor Who’s arch-enemy the Daleks, on Wednesday 20th November 2013 at noon. It will take place during the 50th anniversary celebrations of the first transmission of the popular BBC TV series.

Tim Hancock, nephew of the late Tony Hancock, will be performing the unveiling ceremony and recalling memories of Terry Nation, provided by his widow Kate, who currently lives in Los Angeles. And children from Terry Nation’s old schools – Radnor Primary School and Kings Monkton School – will be attending, maybe looking forward to the possibility of seeing a visiting Dalek.

Terry Nation was born at 113 Fairwater Grove West, Llandaff, Cardiff in 1930. There are stories of neighbours seeing him, as a boy, sitting on the back step jotting down story ideas in his notebook. He went on to include the Doctor’s adversaries in the second episode of Doctor Who in 1963. He thought up the idea after seeing a dance troupe wearing long skirts, allowing them to glide across the floor. They then returned in 1965 for the series ‘The Daleks’ Master Plan’, and have since been a favourite of Doctor Who fans, both old and young.

His original career plan was to become a stand-up comedian but, as this wasn’t successful, he went on to write comedy for Spike Milligan, Eric Sykes and Tony Hancock. He then began writing television scripts for Doctor Who, The Saint, The Avengers, Survivors and Blake’s 7.

He put the success of Doctor Who and the Daleks down to “good old-fashioned stories, lots of danger, with tremendous adversaries. And (the Doctor) beating big villains.”

Having been head hunted by American networks, he moved to Los Angeles in 1980. He died in 1997.