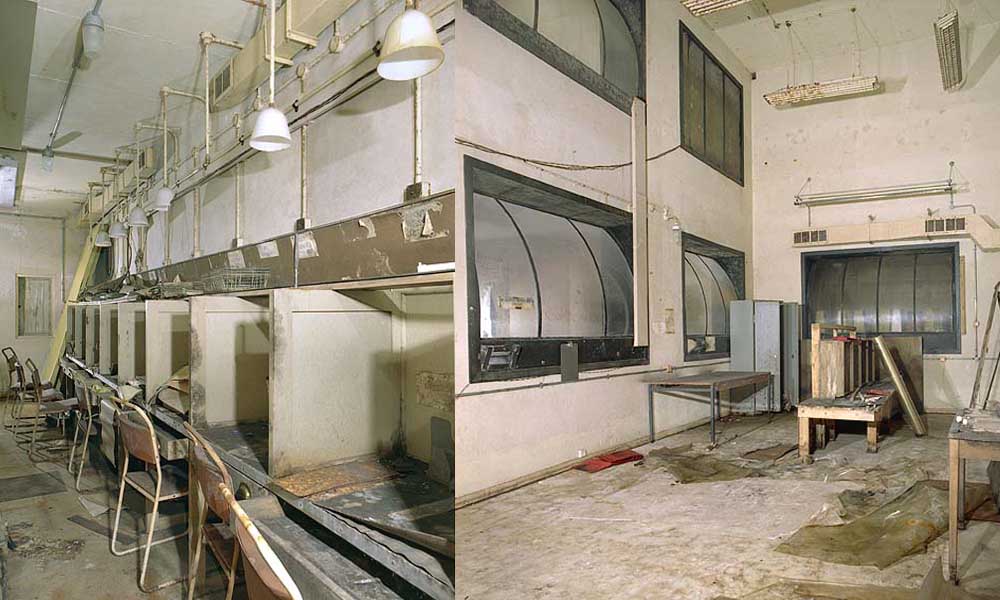 Take a look around you. We’re all familiar with the landscape around us. Or are we? Patric Morgan goes underground to discover some of North Cardiff’s subterranean secrets.

Every town and city has its history. Yet here in North Cardiff, there lurks a little more than most.

For those driving around Coryton roundabout, enjoying a stroll on Wenallt Hill, or visiting Insole Court this winter, there is little, if nothing to suggest that these areas contain secret constructions. Bunkers and war rooms, used or built to be used in the event of an all-out attack on the UK. Buildings that have now either vanished into history or concealing their past purpose. Buildings that signal a dark past, and the frosty shadow of the Cold War.

For motorists driving around Coryton roundabout, there won’t be the slightest clue that up until quite recently, there stood a fairly substantial building. It was the Cardiff War Room.

It was located at the rear of the Wales and the Marches Telecom Board HQ at Coryton, close to Junction 32 of the M4 motorway.

Coryton was one of 13 Regional War Rooms built in 1952 to house the regional administration for Wales in the event of a devastating nuclear attack on Whitehall making central government impossible. It remained operational until approximately 1958 when the network of Regional War Rooms were replaced by the Regional Seats of Government; Coryton being replaced by RSG 8 at Brecon. The old war room was retained as a training centre for RSG personnel until 1965 when it was reactivated as the Cardiff Corporation Main Control Centre. It performed this function until the disbanding of the Civil Defence Corps in 1968.

After that date the building was abandoned and once the ventilation plant was switched off the bunker deteriorated quickly.

The building was of the standard Regional War Room design with one floor above ground and one floor underground. The other war rooms were at Tunbridge Wells, Reading, Cambridge, Nottingham, Manchester, Leeds, Belfast, Birmingham and Bristol.

In the early 2000s, local children broke into the Cardiff war room. There was little internal damage although all external walls were covered with colourful wall art. The following paragraphs describe the inside of the building as it appears in 2003:

“The plant rooms, toilets etc. are much as they would have been in 1952 but the rest of the rooms are laid out for their most recent use as the South Glamorganshire County Emergency Centre. We entered through the wooden door in the west wall which has now has a steel grille added in front of it for extra security. Beyond this there is a dogleg and a heavy steel blast door giving access to the upper ring corridor.

Moving round the ring corridor in a clockwise direction (left) there are stairs down to the lower floor. The first room on the left contains cable hauled message basket system down to the floor below; unfortunately the mechanism for this is now broken and the basket is resting at the lower level. The mechanism consists of a wire basket and a system of ropes and pulleys for lowering the basket to the lower corridor. The basket locks in position in the upper room but can be released by pulling on the rope from below. The system is manufactured by Lamson who are better known for the ‘Lamson Tube’ a pneumatic message handling system used in many government buildings and still used in some department stores. Similar message baskets still exist at the Bristol, Leeds & Birmingham war rooms.

Beyond this is the ‘County Military Headquarters’ with the floor now strewn with wooden debris and wire mesh. The third room on the left is a radio room with two heavy duty cables going out through the roof and a radio workbench across the far wall. The next room at the corner of the ring corridor is the mens dormitory with four rows of two double bunks and an electric heater on the wall. There is a very narrow walkway beween the rows of bunks and no lockers or space for them.

The corridor now turns to the right into one of the largest rooms in the bunker, the canteen and kitchen. There is a large serving counter and food preparation table a few feet in front of the near end wall, there are five open bays beneath it. Behind this is a Belling electric cooker and oven and next to it a mini Belling oven and a Creda water heater. There’s a Butler sink with a wooden draining board on each side and a wooden plate rack above it.

In the canteen area there are tables and chairs, a double metal cupboard, six hay boxes (containers for delivering trays of hot food). There are also a large number of cooking pots and pans on the floor and a four shelf glass fronted bookcase containing recreational books and some civil defence books.”

A landmark that is still familiar for most residents of North Cardiff is the telecommunications mast that overlooks the area from its position on Wenallt Hill.

Originally it was to become a War Room for Wales, taking over from Coryton but this idea was abandoned in the late 1970s.

The former Anti Aircraft Operations Room instead became the main BT war headquarters for Wales. The distinctive curved glass galleries were stripped out, and new dormitories, air conditioning, canteen etc., were installed in the 1970s but the work was abandoned before completion and the bunker is now disused although the adjacent BT radio site remains in service.

Up until not too long ago, it was an area for urban exploration as an interesting site, but the contents have since been burnt – not by urban explorers but by the vandals that frequent the site.

The Cardiff Corporation Llandaff Sub Control is located in Vaughan Avenue, Llandaff, at junction with Harlech Road. It consists of a single story surface brick blockhouse, now partly hidden by trees and bushes. The sub-control was built in 1956 remaining operational until the disbanding of the Civil Defence Corps in 1968. After that date it remained in use, manned by Cardiff Corporation’s voluntary Civil Defence Organisation until 1984.

It was in theory operational as the Corporation’s County Standby Control until 1991 but in practice it was never used apart from the storage of some radiac equipment. Since 1991 it has remained locked and unused.

The WW2 Control was located in the adjacent Llandaff Court and the building a civil defence garages are still extant.