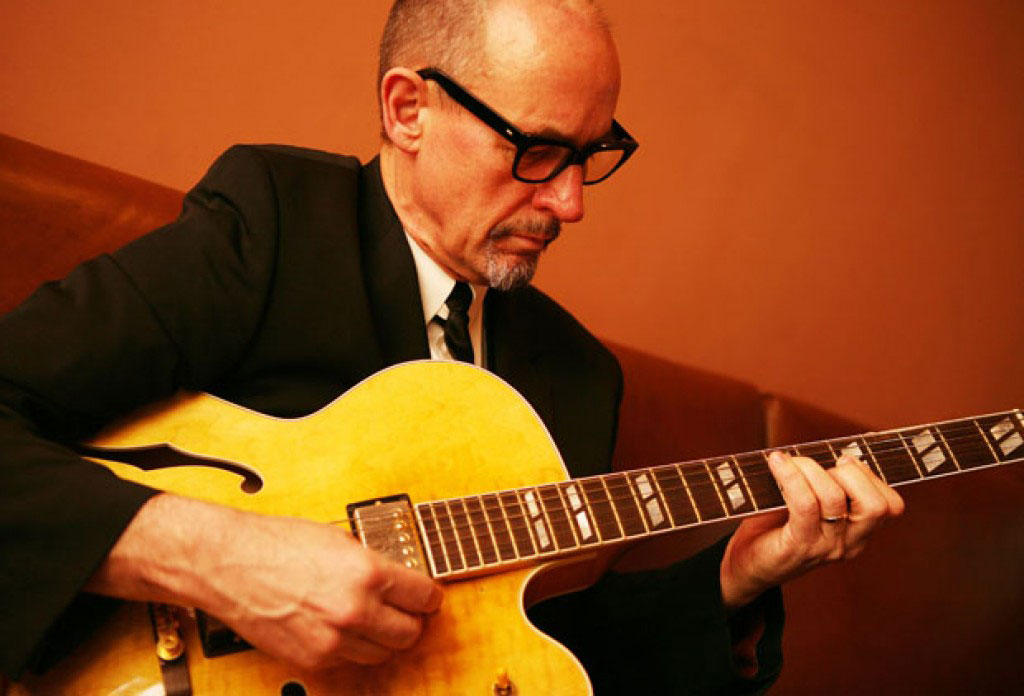 “Do you take sugar?

Andy Fairweather-Low, one of the world’s most respected musicians, passes me the milky cup of tea he’s just brewed.

The former lead singer of Amen Corner then sits himself down opposite me at his kitchen table.

“You been watching the football?” he asks.

And I thought I was the one supposed to be asking the questions. Questions about living the life of a rock star; of playing music with legends; of what it’s like making a living from a talent or two. Yet here I am, talking about normal things. With a normal guy. Having a very normal cup of tea.

Andy first found fame as the lead singer of Amen Corner in the late 1960s. They scored six hits between 1967 and 1969, including their famous Number One hit (If Paradise is) Half as Nice.

“Gin House Blues was our first hit but back in those days, pirate radio was the only effective way of getting your music heard. The UK only had one national radio channel for music; we had one TV channel and the BBC weren’t interested in promoting the new kind of sound that was coming out of the studios.

“Amen Corner changed all of our lives for sure. We signed one bit of paper and that was it. We didn’t get paid, which was probably a good thing as I’d have spent it all. The manager told us that we would have the songs written for us. We were passed around from here to there – we were actually in Spain when Half as Nice got to Number One.”

The band split in 1969 after just two years, with Andy setting up the band FairWeather, who had the hit Natural Sinner the following year in 1970.

“We only did one album together before I went solo for the first time. By 1974, I’d been signed to A&M and had another top ten hit with Reggae Tune. I released my second album in 1975, produced by Glyn Johns who had just finished working with the Eagles. The single Wide Eyed and Legless was released in 1975, which became a national and international hit.”

Towards the end of the seventies, music was under attack from the new punk scene.

“To be honest, the music industry needed that injection of energy. Mind you, I found myself out of work for a while and practising my tennis to keep me occupied. Then in 1984, I got a phone call from Roger Waters asking me if I wanted to do some work with him. By that time, I had been contributing a lot to other people’s work – I had just completed work on a Who album.”

The list of names that Andy has performed with reads like a Hall of Fame of Rock.

“Even to this day, people stop me in the street and say ‘Are you still singing?’ and I feel like saying ‘Yeah. I am still playing. And for the last 23 years I’ve been playing with people like Bill Wyman, Eric Clapton and George Harrison.”

Andy’s inspirations come from a time when music was more organic.

“I had many heroes who didn’t try playing anything too over the top – people like BB King and Ray Charles. I was very much influenced by the blues, which is where Amen Corner actually started off before we got directed into something more mainstream. The people I looked up to – some have gone and some are still with us – but I haven’t added too many people to that list over the years. Once the wheel was invented, that was it. Everyone else since has just been trying to be like them. It’s funny. After 45 years, I still listen to Ray Charles and he still has the same effect on me after all this time. They were perfect then. These guys made it look so easy. Me – I have to practise, practise, practise. Some people are born with a talent. I have to work harder than most as talent doesn’t come naturally to me. If that means endless nights on the settee, practising chord after chord, it just means that my poor wife misses a fair bit of telly.”

The last few years have certainly been keeping Andy in good practice.

“I did have that quiet time for a while back in the 80s, but things really started going again in the 90s. Over the last ten years or so, things have really picked up. I’ve been touring with Roger [Waters] and Eric [Clapton] of course, but I’ve also been playing my part of Bill Wyman’s Rhythm Kings.”

It has been a pretty busy time lately for Andy and his band. Andy Fairweather-Low and the Low-Riders, have already toured in Germany this year and will be taking on a UK tour in July.

“I’ve recently released my first solo album for 26 years. The tour is to promote the solo album and we have lots of dates pencilled in for the autumn. At the moment, I’m on rung number one of the ladder. The band and I have been taking our own van – not the private jet.”

And after all that, Andy still enjoys coming back home.

“I’ve lived in North Cardiff for a long time now and I see no reason to move. In fact, the last time we did move house, we simply swapped with someone else who was living in the village!

“I still get stopped now and then around the village but most of the time I like to keep myself to myself.”

Forty years on since Andy first made waves with Amen Corner, he is still writing -music both for himself and for others. Hymn for My Soul – the title track of Joe Cocker’s 2007 album was written by Andy. Cocker’s tour of 2007/08 bears the same title.

“I see you interviewed Stan Stennett in a previous issue. I’m a big fan of Stan’s work – he’s a very talented jazz musician himself. It’s funny how we all live in close proximity and yet never cross paths. Maybe we should get together one day, hook up some guitars and jam!”

I hand Andy my empty teacup and thank him for his time. He heads straight to the kitchen sink. After everything he’s just told me, even rock stars have dishes to do sometimes.