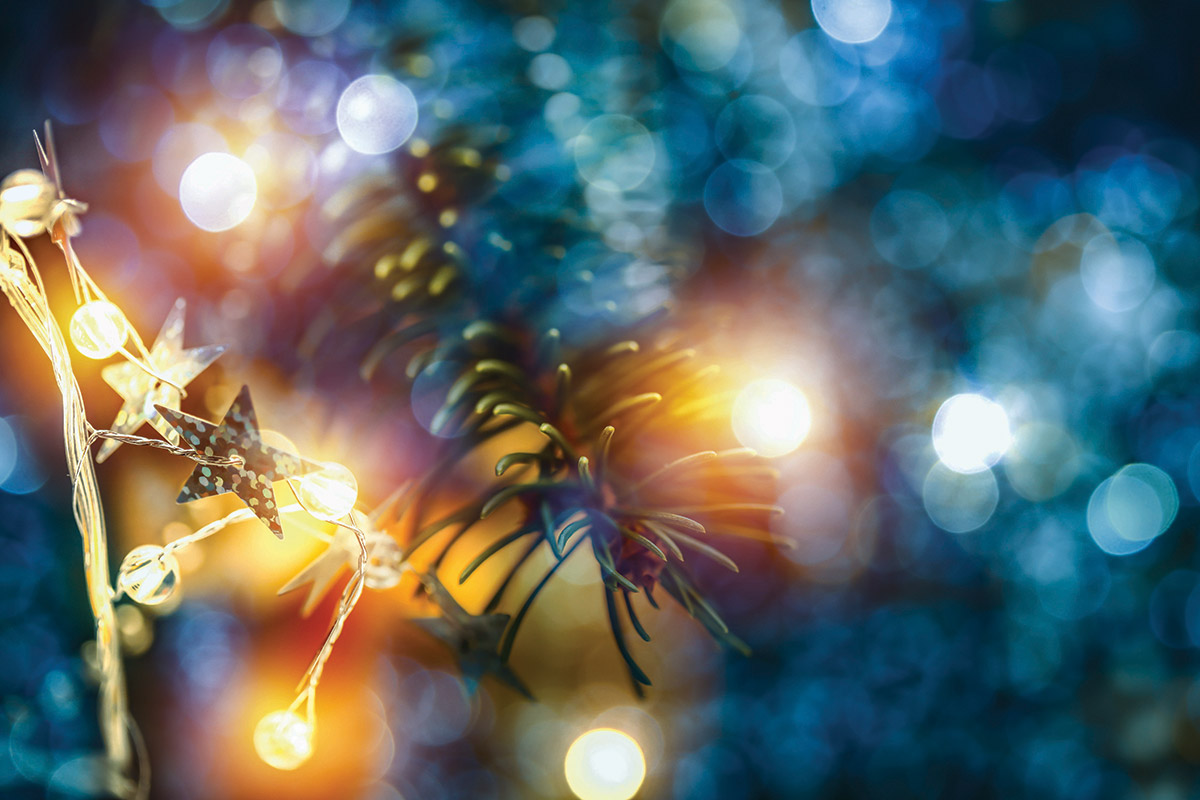 Winter is a time of tradition and familiarity yet we rarely often stop to ask about their origins. Here are the backgrounds to a few of our festive customs

The tradition of Father Christmas, or Santa Claus as he’s also known, started with St Nicholas, a bishop who lived in what is now modern-day Turkey.

St Nicholas was renowned for his kindness and in particular, for giving to the poor. There are legends of him dropping gold down people’s chimneys and when the identity of this gift-giver was revealed, St Nicholas begged for anonymity. Word got out though and his name became synonymous with secret gifts.

The legends died out until the Victorians began retelling them. In A Visit from St. Nicholas, a poem written by Clement Moore in 1822, he flew from house to house in a sleigh drawn by eight reindeer, to fill stockings. The Victorians renamed him Father Christmas but it was the Coco-Cola company that took that idea and redesigned what became Santa Claus that we all know and love today.

The custom of sending Christmas cards was started in the UK in 1843 by Sir Henry Cole.

Cole was a senior civil servant who had helped create the new ‘Public Record Office’, now known as the Post Office.

Sir Henry had the idea of Christmas cards with his friend John Callcott Horsley, who was an artist. They designed the first card and sold them for 1 shilling each. At first, only the very rich could afford to send cards but after the introduction of the Penny Post in 1840, it became more affordable to the general public. The first cards traditionally depicted the Nativity scene but these changed to winter scenes during Victorian times.

Christmas crackers are a British tradition dating back to Victorian times.

During the early 1850s, London confectioner Tom Smith started adding a motto to his sugared almond bon-bons which he sold wrapped in a twisted paper package. As many of his bon-bons were bought by men to give to women, many of the mottos were simple love poems.

One day, he was startled by the bang of a log he’d put on the first and thought it’d be a good idea to add the bang to his ‘crackers’.

Soon the sugared almond was replaced with a small gift and paper crowns were added at the turn of the century by his sons. The love poems were replaced by jokes during the 1930s, by which time, crackers had become a festive tradition.

There existed in many parts of Wales, a custom known as Plygain, which means ‘daybreak’.

Men gathered in rural churches across the country and sang three or four part harmony carols in a service that took place between 3am and 6am.

After the service, a day of feasting and drinking would begin. The custom survived in some country areas, and because of its simplicity and its beauty, is being revived in many others.

Plygain carols were often religious and philosophical poems, but often had their origins in popular folk songs.

Christmas dinners weren’t always turkey-based. Peacock, wild boar and goose were popular choices at one point but the popularity of turkey has often been accredited to King Henry VIII. Legend has it that he was the first English monarch to eat turkey on Christmas Day, popularising the dish among the upper classes after the bird was imported from America.

The custom was developed in medieval Livonia (present-day Estonia and Latvia), and in early modern Germany where Protestant Germans brought decorated trees into their homes. Germans decorated their trees with edible goods and glass decorations. Tinsel was originally made in Germany from thin strips of silver. Christmas trees arrived in Britain in the 1830s, and in 1841, Prince Albert put one up in Windsor Castle.

Christmas wreaths are connected with the pagan holiday of Yule, marking the winter solstice, which was celebrated by ancient Germanic and Scandinavian people. This twelve day festival, which was also called midwinter, was held to honour the returning of the sun and the seasonal cycle.

In the 16th century, the use of wreaths during Yule was adopted by Christians and became a custom in the form of Advent wreaths, which are now used today.

Druids viewed mistletoe as a symbol of life as it grew even during the winter. It was consumed to increase fertility and used to decorate houses during winter and summer solstices. In Norse mythology, mistletoe has connotations of love and friendship.

The tradition of kissing under the mistletoe though started in ancient Greece, during the festival of Saturnalia and later in marriage ceremonies, because of the plant’s association with fertility. During the Roman era, enemies at war would reconcile their differences under the mistletoe, which to them, represented peace.

Boxing Day has its origins in the practice of giving presents and money to poor people on the day after Christmas.

Boxes of alms were left in churches on Christmas Day and handed out to the needy on Boxing Day. The day was also traditionally a day off for servants and the day when they received a ‘Christmas Box’ from the master. The servants would go home on Boxing Day to give ‘Christmas Boxes’ to their families.