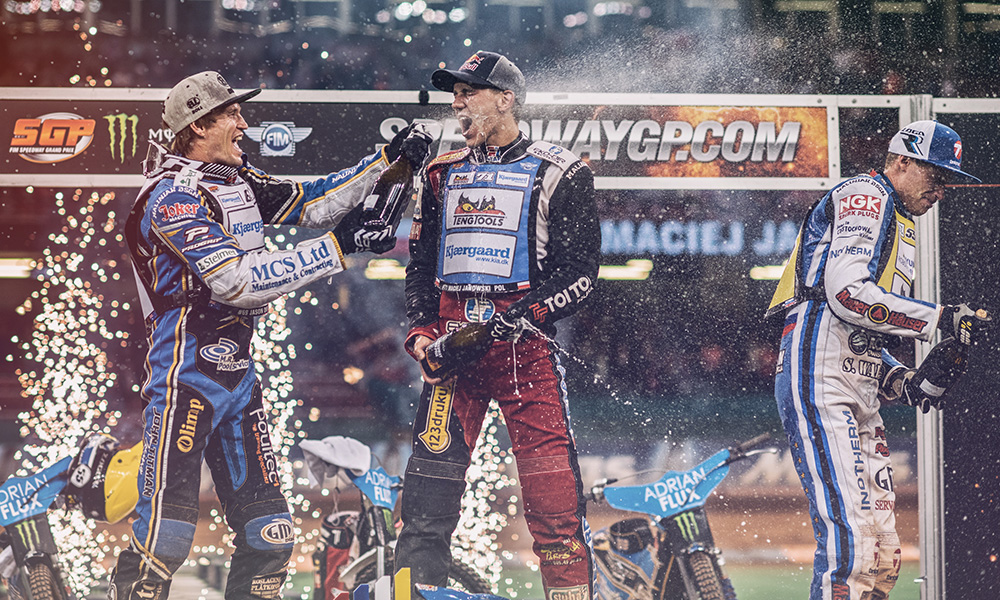 The high octane race is celebrating its 18th year in the Welsh capital and we’re giving one lucky reader and a guest the chance to be there with a pair of tickets up for grabs!

The biggest event on the Speedway calendar, the GP was first held at the former Millennium Stadium in 2001 in front of over 30,000 fans. Now the longest-standing third party event in the stadium’s calendar, crowds regularly top 40,000. Visitors are drawn to the capital to watch 16 riders – 15 permanent and 1 wild card – compete over 23 heats; four riders over four laps on 500cc bikes with no brakes!

Multiple World Champions will be going up against each other this year, including Great Britain’s double series winner, Tai Woffinden. In what is set to be one of the closest seasons to date, Scunthorpe-born Tai will be eager to secure his first ever home win at Cardiff and claw back the trophy.

Meanwhile, Polish favourite Maciej Janowski will return after his Cardiff victory in 2017 alongside fellow Pole Bartosz Zmarzlik, who ended up in fourth place in Cardiff in 2017. And as a firm favourite, US star Greg Hancock will also be returning to the stadium- as a previous winner here, he will chasing further victory.

The fun starts in the activity-packed fanzone, which will open on City Hall lawn at 11am. Engines start at 5pm and the event will end with a spectacular firework display in the stadium itself.
It takes six days to prepare the stadium for race day.

We’ll then scour our social media following and pick a winner at random.

Closing date is Friday 13th July. The winner will be announced on Saturday 14th July on Facebook and Twitter.

For further information about the event, visit www.speedwaygp.com