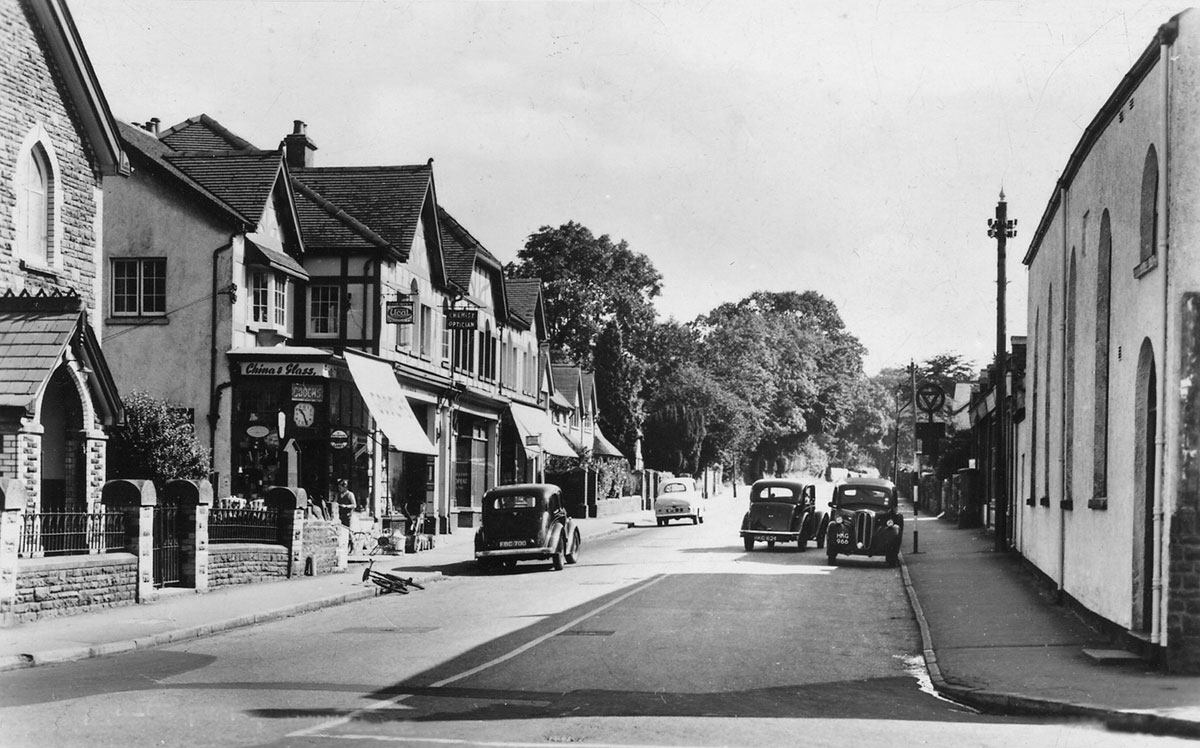 War had been declared in September 1939. I was 8 years old when the bombing started. My parents decided that we should be evacuated for our safety, so myself and my older brother, who was 11 years old, were put on a train along with other children. We didn’t know where we were going but we ended up in Rhiwbina.

On the 5th July this year, I came with my daughter and son-in-law for a few weeks’ holiday in Port Eynon. On the way there, my son-in-law made a detour to Rhiwbina to see where I lived for a while. One of the landmarks I looked for was the cinema. I remember it being at the cross-roads but we found no cinema so we gave up.

On our journey home, we decided to try again. I asked a man who was walking by if he knew where Rhiwbina Gardens were. I thought that was the name of the road that I had lived on. He’d never heard of them so I then mentioned the cinema. He told us that it is no longer there, but that it is now a block of red flats. No wonder we couldn’t find it!

We looked again, and bingo! – found Porthamal Gardens, which I realised, was what I had been looking for. We took a walk up it and saw the two houses. There were a few children playing and one of the little girls asked “Are you looking for someone? Can I help?” I told her that I had found what I was looking for.

“Are you going to buy Jeff’s house?” (Jeff’s house being No.7). I told her that I wasn’t but that I had lived there a long time ago when I was an evacuee. We explained what an evacuee was and she then told me that Jeff was 95 but had sadly died. We took a few photos of both houses. I have sent some to my brother. He is 85 now. I also looked at the Primary School that I had attended. I don’t quite remember it being so big.