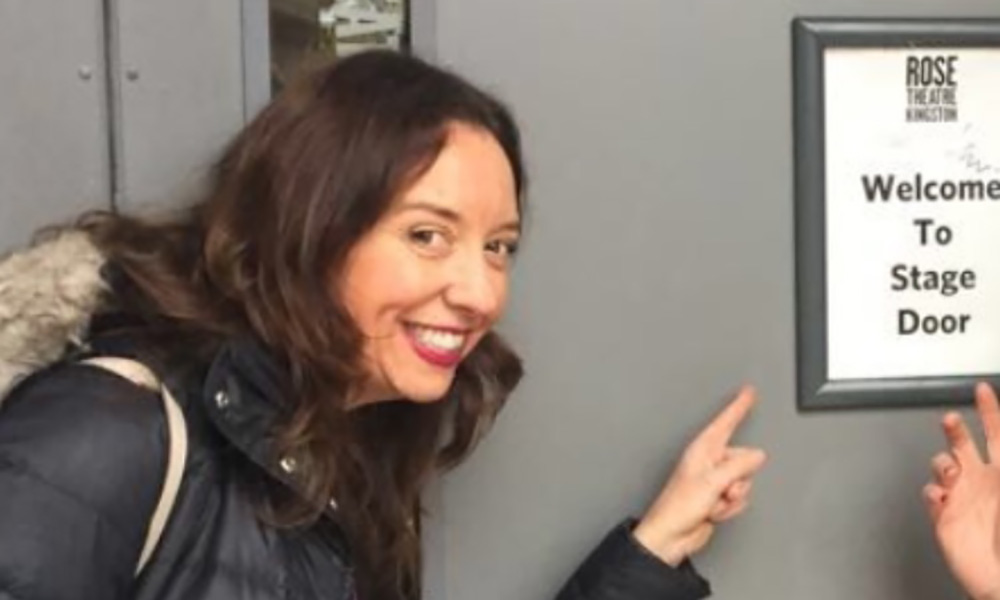 Rhiwbina’s Claire Erasmus will be staging her new play The Hall in Cardiff this summer. She explains where she got her inspiration for her play, and what drives her to write

Laughter and ‘finding the funny’ has always been an integral part of me.

I grew up in the valleys in South Wales, where quick self-deprecating humour is the currency. Witty banter and healthy teasing, combined with great big dollops of unconditional love was also the glue that held our family together. And with an English lecturer as a father who regularly disarmed me with his acerbic wit, I soon developed a love of language and witty repartee!

I also discovered that making people laugh is a good way to make friends and win over enemies. I have always written, but not always comedy. I went through a really self-indulgent moany poetry phase about dead pets and cheating boyfriends aged about 15. I regularly won the Bard at the Eisteddfod with my creative writing efforts under my pseudonym, Nelson Mandela.

My love of acting and literature then took me to the Royal Welsh College of Music and Drama for four years, where I immersed myself in theatre. After graduating, I took up acting briefly and then moved to London (for love) and began teaching Creative Arts. I taught for 14 years, started a Youth Theatre Company and have had two children and a gained a fat dog.

But all the while, I continued to write – poetry, plays, children’s literature, comedy, a particularly interesting piece about a goat on the eve of my wedding (I think I was nervous) but my words remained locked away, only read by me. I never had the confidence to do anything with them.

All this changed three summers ago. An ex-student of mine and graduate of the New York Academy of dramatic Art had been diagnosed with a benign brain tumour. In true Charkie Clive style, this unstoppable, tenacious, firecracker of a girl decided to write a two-hander about her condition and take it to the Edinburgh Fringe. I was determined to go and see it and the other treats on offer. And that was the start – I was inspired.

I came home and immediately entered a BBC Writers competition to write for the Director’s Cut Theatre Company in London. I was one of the winners and had work staged in the Secret Life of Sally in the Southwark Playhouse. Since then, I have won other competitions and had my comedy Diva Daiquiri staged at Stratford East. I have had really positive feedback from London audiences.

My goal though, was to bring my work home and produce something here in Cardiff. I am really passionate about working-class voices and also the female perspective being unrepresented in theatre and this led me to write The Hall.

They say ‘write what you know’ and in a community hall, I found a perfect setting for a host of characters. I run my own theatre group – Razzmataz from a local community hall and as a parent waiting for my children to finish various clubs they attend, I have also spent my fair share of time in many others.

What I love and value about these places and what makes them such an ideal setting for a drama is that you get such an eclectic group of characters thrown together under one roof. All generations, conflicting interests and eccentricities provide a hotbed for comedy.

The characters in my piece – Shaza, Mel and Lisa are all mothers, sat together once or twice a week because their kids go to Taekwondo and in The Hall, we watch as their relationships develop. Women, particularly in my experience – open up very quickly to one another and within moments of meeting someone, they can be having a very revealing conversation about your haemorrhoids (just an example about a friend…someone I know…not me…somebody else. Definitely not me!)

I also wanted the piece to show that women are jugglers and the ‘Joyce Grenfell’ style interjections from the invisible children offstage are there to highlight the fact that mothers often miraculously manage to get things done and communicate with each other despite being constantly interrupted!

The hall in this comedy is under threat from private commercial interests. Growing up in South Wales, I have watched in horror as Miners’ Welfare halls housing libraries, working theatres and providing social and educational opportunities for the community have been closed due to lack of funding or sold off to private enterprises. The arts in our communities are under attack and halls like these dotted all around the country provide vital hubs where the arts and communities can thrive. We must protect them.

In the play, it is the mothers – an army of buggies and babies that save the day. I have watched women with babies in armbands save local swimming pools from closure through peaceful protest and a choir singing four-part harmony! This play is definitely a salute to those female protesters – to the army of women who fight injustice!

We are witnessing it on a large scale today on a big stage with the #MeToo campaign and in rousing speeches by the rich and famous at the Oscars. But ordinary women are also changing things at a local level and I hope this piece encourages others to stand up just like Lisa, Shaza and Mel and be counted.

I am happy to announce that I have many other writing projects in the pipeline – another play Flotsam coming to Cardiff in September/October – a hard-hitting piece which explores the long-term effects of historic abuse.

I am also developing a web series sitcom based on a valleys salon, two entries to the Glass Splinter Theatre, showcasing pieces based on important women in history; and a play called The List – in development and I have to say I am relishing every moment.

I’m a simply a Mam from the valleys with plenty of chopse and something to say!

You can buy tickets here 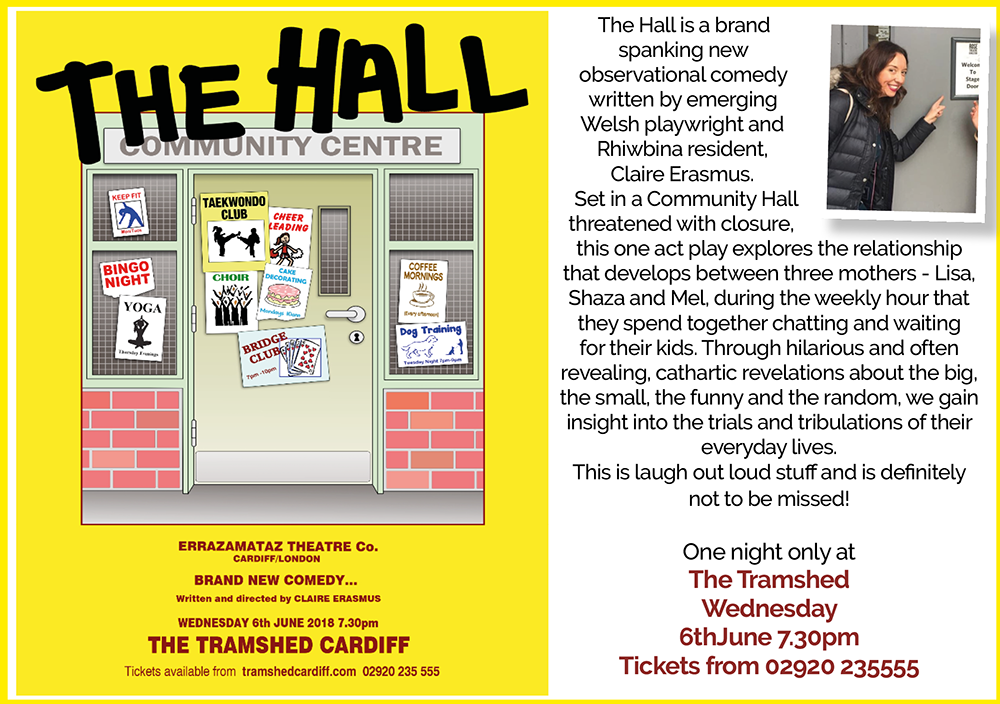