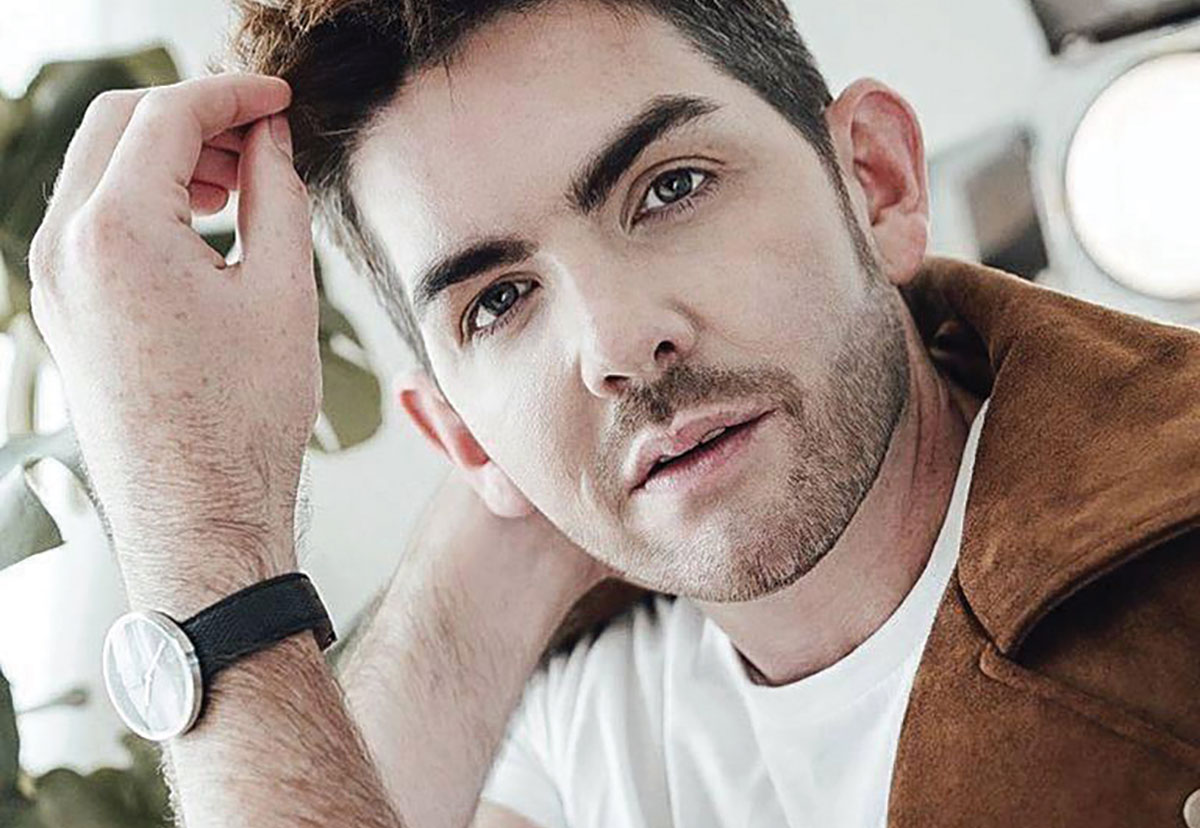 Relentlessly bullied as a youngster, Scott McGlynn now inspires thousands around the world with his message of positivity

Learning to love oneself can be hard when the message you get from your peers and society at large is that you’re somehow disliked or prejudiced against for something that’s not even your choice.

For Cardiff’s Scott McGlynn, becoming an LGBT (Lesbian/Gay/Bisexual/Transgender) activist, author and presenter was a result of years of bullying as a youngster:

“Growing up was very hard for me. Starting in high school was a particularly difficult time. I didn’t know anyone when I first got there and the bullying started almost straight away in Year 7.

“Other kids were calling me a girl. They were bombarding me with words like gay and poof – I honestly didn’t know what any of them meant! I struggled to make sense of it all and even when I went to speak to my teachers, they didn’t know how to help me or the situation.”

As a youngster, Scott’s confusion throughout school was compounded by his and his classmates’ lack of a wider awareness about sexuality and gender identity.

“Back then, I was a kid. I was young; I didn’t understand life or what sexuality was. They didn’t teach you about that in school. I certainly didn’t have any help or guidance and that helped shape what I do now. I’m stronger and here to help others.”

In the UK workplace, 35% of LGBT staff have hidden the fact that they are LGBT at work for fear of discrimination. 18% have been the target of negative comments or conduct from work colleagues in the last year, simply because they’re LGBT.

“These days of course, there’s the added complication of cyberbullying, which I didn’t have when I was growing up. Mine was more face-to-face. The comments don’t affect me any more as I’ve accepted who I am. But I know that there are others out there who do feel the effects of bullying and cyberbullying. This is why my work is important to me – I want to help others who are in the same position that I was in, whether I help them online or in youth groups.”

Scott has had a variety of jobs over the years, many of which gave him a good stepping stone for independence. Arriving at his current role has given Scott a real sense of purpose in his life.

“Being a LGBT role model and content creator is by far the best job I’ve ever had.”

In 2016, Scott decided to create his own podcast, an internet-based audio programme, much like a radio show.

“My first podcast was in 2017. I wanted to create a platform that people could look up to. I wanted to hear from celebrities about their coming out experiences, and how their sexuality had affected their work life.”

Scott has had nearly 100 guests on his show over the last few years. In 2o18, his show topped the Apple Podcast charts, beating off many well-known household names in the process.

“I wanted to create a show that isn’t just a simple Question and Answer session. I wanted something that was going to be educational but done so in a fun way. I get to speak and help people around the world.”

Scott’s podcasts have reached thousands and his social media following is testament to the engagement he’s having with his audience. He has over 100,000 followers on Instagram alone, and an audience throughout the world.

“Over the years, I’ve done a lot of research finding my guests that my listeners would want to hear from. Luckily, I’ve networked a lot and I know a lot of agents who understand what my podcasts are about. Often, they may approach me with the view of getting one of their clients in front my microphone.”

Scott’s podcast has not only helped others, but also helped him accept the pain in his life.

“The best cure in life is talking so for both myself and my guest, we chat about our experiences. It’s almost like a mini therapy session at times. But we are never too serious. I want my listeners to get something from each podcast, and even have maybe a laugh or a cry along the way. Listening to others and understanding them is a huge part of it and it’s great to talk and share.”

Scott’s guests are an eclectic mix of celebrities, actors, musicians and people in the public eye.

“I’ve had Perez Hilton on my show, I’ve had James Dreyfus, John Partridge and Laura Carter and many others. We like to share stories, both good and bad; we like to talk about their experiences, their careers, celebrity gossip and LGBT topics. It’s a very relaxed show and I hope that it gives listeners and insight into my guests’ lives or to learn something new about the industry.”

Spreading the love from Cardiff to the world has become Scott’s passion.

“Cardiff means so much to me. The community is amazing and going to events is like going to see family; everyone knows someone and it’s a great place to be.”

But on a wider scale, Scott knows that he has a lot of work to do to change society’s perceptions:

“I think over the years, people’s views have changed for the better. But I do think there’s a long way to go before society simply does more than just ‘tolerate’ the LGBT community.”

Scott is optimistic that his work can effect change:

“My next challenge for me is to create a live version of The Scott McGlynn Show. It’d be set in a specific venue, with an audience of mixed ages and backgrounds, and we’d all be talking and sharing stories. That is a goal I want to achieve by the end of the year. It’d be incredible to do.”

Scott hopes that his work will help to both comfort and inspire those who find themselves in the same position as he did when he was younger.

“I struggled a lot with my sexuality when I was younger but now I’m a proud gay guy. I don’t want anyone going through what I did. It was a very hard and a very difficult time in my life. I’m here to inspire others, to be there for them and to be a role model.”