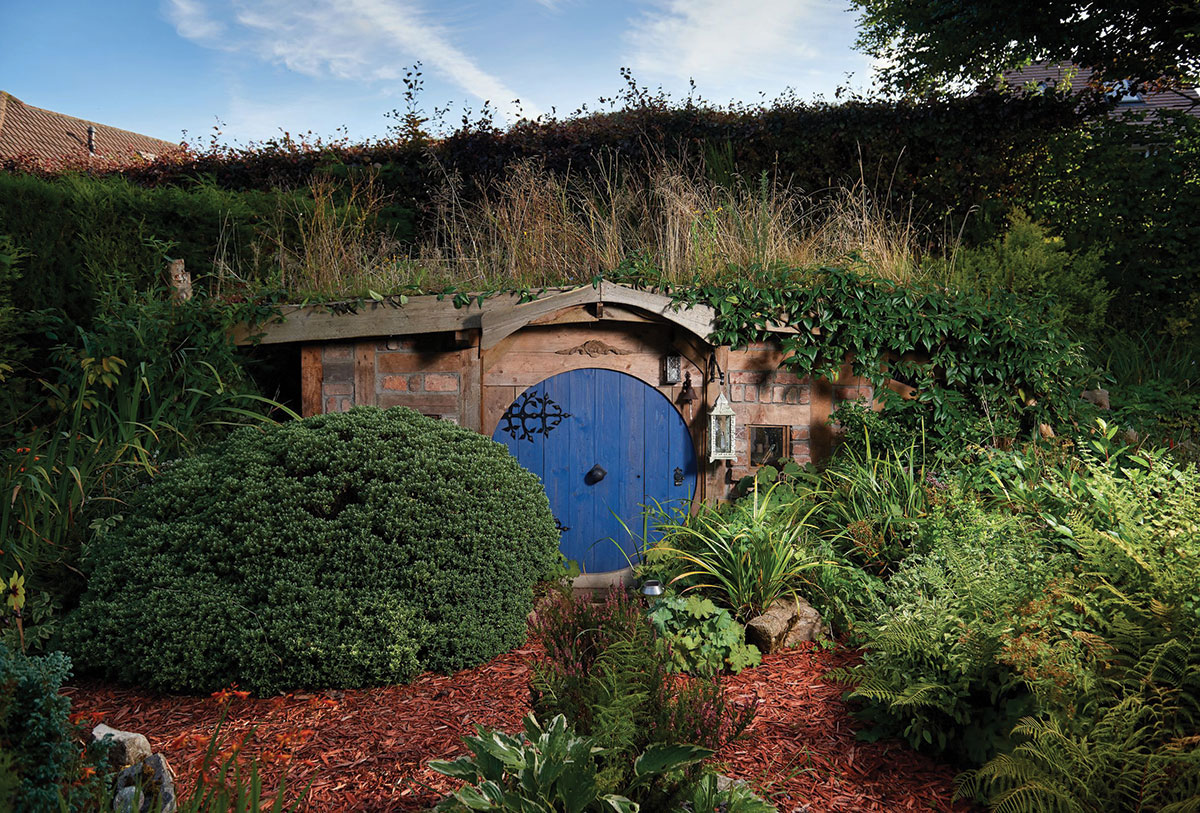 From an idea forged over a pint, Cardiff’s Andrew Wilcox has created a nationwide hunt for the UK’s best sheds

They have long been the refuge of the modern male. A sanctuary where men can hide away from life’s troubles on rainy afternoons and long summer evenings; a retreat where they can lose themselves to creative projects, grease cloths and cricket matches on old battered radios.

And for one Cardiff man, the desire to have a shed that he could call his own became a quest to find the UK’s best shed. The contest was even turned into its own TV show on Channel 4. It has been a process that has challenged the nation’s basic perception of the word ‘shed’.

Web developer and Shed of the Year organiser Andrew Wilcox admits that the roots of the competition stretch back to his childhood.

“My grandfather had an allotment behind his terraced house in the village of Blaenclydach in the Rhondda Valley. He and his allotment mates used to build these structures that joined together with poly tunnels, so that they could grow vegetables and flowers in a shared space. That was my first introduction to sheds and I have been trying to find a similar shed all my life.”

Those memories stayed with Andrew right through to adulthood. Back in 2000, looking to acquire a shed of his own, Andrew spent a while searching online for his perfect building.

“I was looking online for some inspiration and I thought that I would find a website with lots of great-looking sheds on there. I was hoping to find a shed that looked like my grandfather’s. Sadly, that wasn’t the case, so I ended up setting up a website myself,” he says.

It was while he was chatting to a friend down the pub that he came up with the idea of the new website.

“I went straight home and registered the domain. It started slowly at first as people thought it was a joke – but then it got some traction, appearing on Ceefax’s ‘Website of the Week’ and various email newsletters. I did tell you that this was a long time ago!” he jokes.

Eventually though, the idea soon blossomed.

“It caught the imagination of the public and things went on from there,” adds Andrew.

To increase engagement with his audience, Andrew decided to set up an online competition.

“By 2007, there were hundreds of sheds on the site so I thought it’d be a good idea to launch a contest to find out which one the public liked the best. Thus Shed of the Year was born.”

The competition’s first winner was a shed that looked like a Roman temple.

“The winner’s wife even went and bought him four large pillars for Christmas!” laughs Andrew.

A ‘rugby pub’ was the competition’s second winner in 2008. Designed and built by its owner, it had eight windows on its octagonal roof. A pair of double doors opened up in fine weather and its crowning glory was its 15 foot fully fitted bar. It also housed three fridges, a ceiling fan and a hammock.

Since then, the competition has become bigger and better, pushing the boundaries of the term ‘shed’.

“Thirteen years on and the competition is still going strong. We have a few hundred entrants every year (but previous entrants always stand a chance to make the shortlist) which, for a niche thing on the internet, is pretty good going.”

Interest in the competition reached fever pitch in 2014 when Channel 4 commissioned a TV series about it.

“The show ran from 2014 to 2017 and brought the concept of the shed out of the allotment and into the mainstream. The standard always seems to get better and better and the ‘sheddies’ always innovate, Eco sheds being the thing that everyone is going for nowadays. The pub sheds always attract the most entrants as people love a space to entertain down the bottom of the garden.

“One of my favourite sheds was the winner from 2013 – a boat-roofed shed that sat at the top of a mountain in Powys. They managed to get an old inshore fishing boat from 1900 up the mountain and then built a wattle and daub shed underneath it. It’s a bit of a ramshackle structure but it’s a lot of fun. The owner DJs from the shed and he’s also hosted a few comedians from the Machynlleth Comedy Festival in it – there is not a shed out there like it. The place also has some of the best views in Wales.

“Having a TV show commissioned by Channel 4 from my silly internet idea was a highlight,” says Andrew, “but seeing truly unique and special sheds entered each year, and talking to the shed community about why they build them and what they get up to in them, is what makes me smile.”

In Andrew’s opinion, a good shed doesn’t happen by accident.

“The secret to a good shed is a great, unique design and a quality build, even if it’s just from pallets. Most of all, it needs to be a place in which you want to spend time with your family and friends – or even just a space to chill out in, or work from.”

The appeal of a shed is one that now reaches far beyond the traditional realm of fathers and grandfathers.

“Firstly, a shed is an escape for many, but also I think if you have built something yourself, then it gives you more pleasure,” says Andrew. “Of course, the competition welcomes entrants from off-the-shelf sheds as well – it’s what the sheddie does with their space that is important,” he adds.

The contest has seen thousands of entries over the years, ranging from man caves to two-storey structures. The current Shed of the Year is Bux End, a hobbit-like abode created by Chris Hield in Derbyshire.

“We are massive Lord of the Rings fans so when we decided to build our own shed, we knew it had to be a hobbit hole,” said Chris. “It had to fit in with the wildlife and nature that we cultivated in the rest of our garden so the grass roof was a big feature.”

“We dug out the back garden in January 2018 to build a sunken hobbit hole. Unfortunately, after hitting bedrock that we could not break through, we ended up putting some of the 22 tonnes of wet clay back in the hole, which was a bit demoralising! After sourcing local reclaimed bricks and timber, we finished the hole some eight weeks later after working each weekend and evenings when possible.”

Entries for this year’s competition are coming in thick and fast.

“The future of the competition looks bright,” says Andrew. “People still want sheds and will always build them and hopefully we will give the sheddies a platform to share their sheds with the rest of the world.

“I am lucky to have support from Cuprinol who have sponsored it for many years. It’s just myself running the competition, so I couldn’t do it without their support and of course, the sheddies who create these amazing structures!”

If you want to enter your shed into this year’s competition, you have until 19th April 2020 to do so. Enter at www.readersheds.co.uk