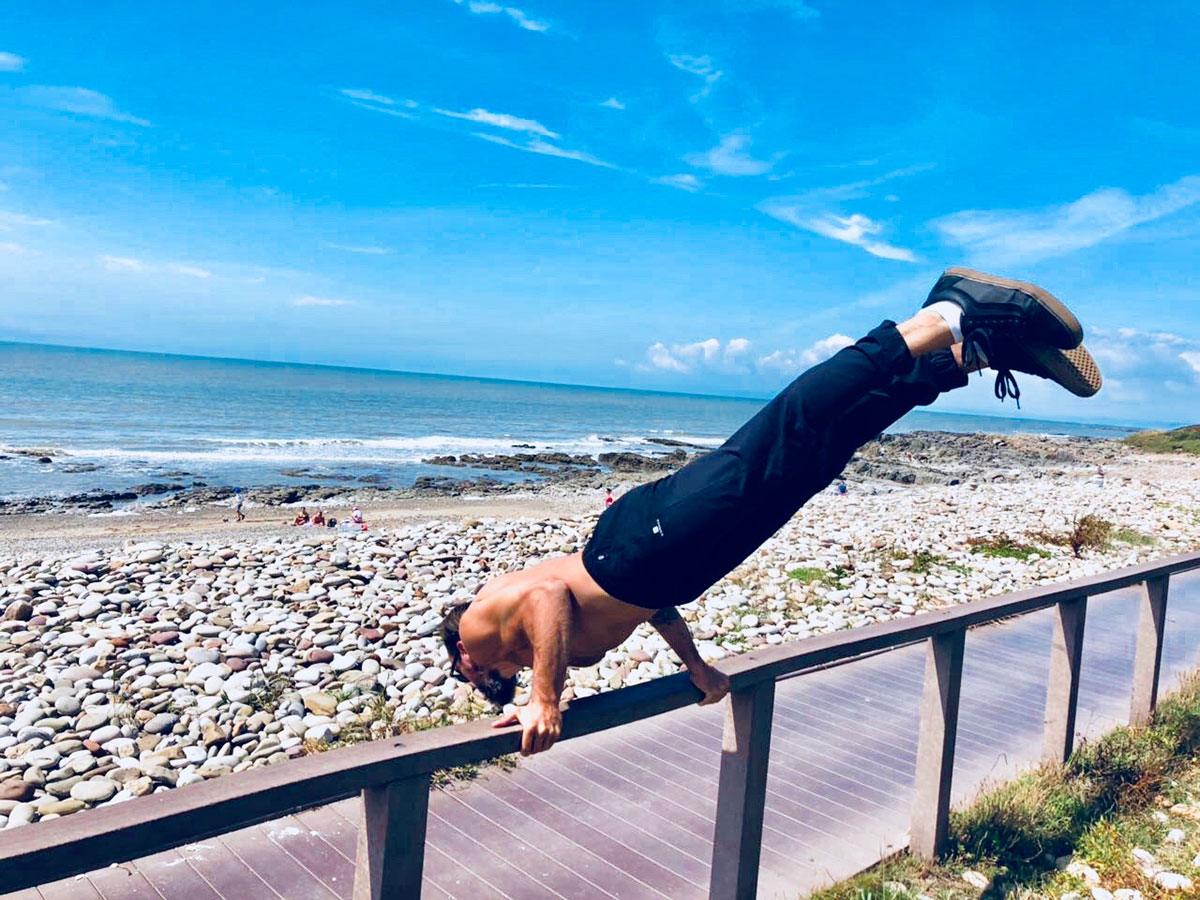 A group in North Cardiff is aiming to improve the lives of men through physical and mental hardship. This is the Green Mile Movement

Among the dry, summer mountains and rushing rivers of Taffs Well and beyond, there exists a brotherhood that’s shaping up to be a force for good.

Over the last few months, the men of the Green Mile Movement have been pushing their physical and mental strength to their limits; developing their integrity, their confidence, composure, perseverance, and grit.

The movement is the brainchild of Chris Flynn, a former commando from Cardiff who in 2018, formed a small group of friends to test themselves physically. As the months rolled on, the existence of the group developed into something more serious and meaningful.

“I grew up in Lisvane and now live in Taff’s Well,” says Chris. “I was born into a huge family, many of whom still live in north Cardiff.

“For over 12 years, I served in various roles within the airborne and commando forces on multiple overseas deployments. I left the forces in 2012 and then lived in Dubai and the US working as a health safety and environmental consultant.”

But it was Chris’ return to the UK in 2017 that left him shocked at the state of men’s physical and mental health and he felt compelled to do something about it.

“After moving back to the UK and losing my sixth mate to suicide, I started looking into the state of men’s health. Having been raised in the military with five brothers of my own, I have an insight into what drives guys to the point of giving up.

“I found that statistically, men do not suffer more than women as the numbers of female suicide attempts actually exceed that of males. However, I do believe that male identity has been warped somewhat over the past few decades for many different reasons and a stronger path needs to be cut by us if we are to fulfil our role as well-orientated members of our family and community.”

Chris soon hit upon the idea of a ‘brotherhood’ that could help support those who needed help:

“I believed that the brotherhood that I once belonged to was such a strong and positive force in many ways, that if elements of it could be replicated outside then that would benefit many lost men in need of a lift up.”

The Green Mile Movement was born as an extension of Chris’ belief that all men (and women) should be capable of dealing with the difficulties of life and a way of achieving this is through arduous physical training and personal sacrifice.

The movement applies many tried and tested military techniques as well as other pursuits to develop certain attributes in its members – men of all backgrounds and all abilities.

“By creating a network of strong and well-orientated men in cities throughout the country, men who believe in respect, encouragement, discipline and hard work, we can improve the lives of not only those men, but also their families and communities, which is very much needed in a time like ours today,” says Chris.

“Physical and mental health are mutually supporting. They are not separate entities. The mind cannot reach its peak of ability without a sound physical body to house it and vice versa. We believe that men’s (and women’s) potential is significantly reduced if they are not at least pursuing better health.”

The brotherhood holds regular (and free) outdoor sessions, for general fitness. These run most evenings, from various locations, with some simple warm-ups and professional instruction.

“Excessive comfort can weaken us,” adds Chris. “Our lives today are characterised by making things more comfortable. We flip this on its head and practice hardship with purpose.

“TGMM is not for aesthetics or for topless profile photos. We believe the key to health is found in movement, so we practise many different ways to achieve this. Calisthenics is a strong theme in our group, but we also work on the hills surrounding the city; we climb ropes rigged up under bridges, we carry logs and drag sleds to the tops of mountains; we swim in open water and we learn skills such as eating off the land and clean water extraction. We do this as a brotherhood, all supporting one another to get to the next level. We even practice swimming and submergence training in the Taff in the summer months.”

For Chris, helping others has also helped support him since leaving the forces.

“I needed the brotherhood as much as the other guys may need it now. When I left what is arguably the strongest brotherhood in the country behind in the military, I was at a loss. Both myself and the other veterans who support the movement understand what a force for good a strong brotherhood can be for men. We want to share that experience. We are rewarded by belonging to a cool group of lads that like to Train Hard and Live Easy, which is now our motto.”

The concepts of military discipline and self-discipline are now breaking out into the open. TV shows like SAS: Who Dares Wins has helped lift the lid on the physical and mental attitudes needed to deal with whatever life throws at you.

“Without a doubt, these shows and the characters in them have lifted the brand of the military and what is does. I think people can now see more evidently what the military mindset brings about and they want some of it.

“The military is steeped in age old ways of doing business that haven’t changed for decades or even centuries. The reason for this is because it works and works well. Its systems are underpinned by core fundamentals such as discipline, cheerfulness in the face of adversity, physical fitness, shared beliefs, resilience and team spirit.

“In the constant pursuit of progressiveness today, these characteristics have been left behind and even disregarded and classed as draconian.

“The truth is they are very much needed to pull us out of the rut we may find ourselves in as people and as a nation. Military fitness is geared towards ability and competence whereas many more recent fitness forms are clinging to aesthetics or image, which doesn’t seem to sustain over time.”

The movement is quickly gathering pace and they are soon hoping to be making incursions nationwide.

“So far, we’ve got 30 members wearing our Green Mile Sweatshirts. You must complete seven outdoors sessions to earn yourself one of these. We have approximately another 25 who train with us but haven’t earned their sweatshirt yet.”

The group will also be developing an outdoor gym, which will allow the men to train.

“We have acquired a piece of land in the hills of Taff’s Well and are about to build our first outdoor gym on it this summer. We have also recruited a Doctor of Psychology from the University of South Wales onto our board and hope to bring him in on the mindset elements of what we do in the near future.”

The group was successful in acquiring CIC (Community Interest Company) status in January which now enables them to go and seek funding to reach the goals that they have set themselves:

“We have a number of veteran-owned and veteran-run businesses lined up to work with us to expand our service delivery over the next 12 to 24 months. One of our goals is to increase the number of guys wearing TGMM sweatshirts to 100 by summer 2021.

“Ultimately, we want to become a genuine force for good within the community of Cardiff, and to expand the movement beyond the city to support other men who may benefit from what we do.”

And away from the movement, Chris is planning to launch other offensives to help others, even from an early age.

“I started a children’s cartoon in health and fitness whilst living in the US, which is currently trademarked and parked on a shelf until I can create the time and cash to continue it again.”

Through practising hardship, Chris hopes to change the world for the better, one individual at a time.