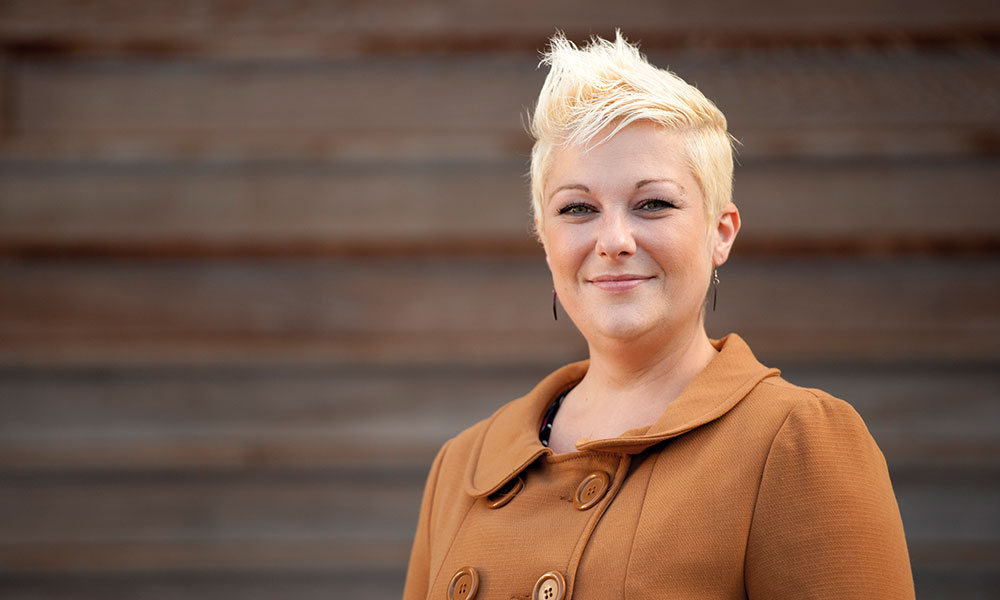 “I dug these beds myself last year so that I could enjoy my garden this year.”

Leanne Hugglestone is sat in the sunny garden that she’s created. And she has a story to tell.

Her story is a rather special one and the events of six years ago changed her life forever.

“In May 2012, I was working in the IT department at Companies House and had recently split from my boyfriend. I wasn’t overly concerned about the lump that I had found in my breast but I got it checked out anyway. Even the doctor was about to dismiss it as nothing until I told her that my grandmother had died of primary breast cancer and secondary lung cancer at the age of 39.

“So my doctor referred me to get a biopsy. My response to the situation was more practical than emotional. I tried to figure out the next steps rather than have a meltdown. In my head, I tried to work out the percentages of survival if I did have cancer, preparing for the worst but hoping for the best.”

Leanne was potentially facing a deadly disease but her survival instincts were quick to kick in.

“I went for my diagnosis with a flowchart that I’d prepared. The first question on it was ‘Is it cancer?’. From there, I worked out what I’d need to do in each outcome. The specialist at Llandough Hospital was brilliant and told me straight away that it was cancer so I went through all my questions methodically. Within 24 hours, I had a nurse at my house. My mum and sister were there too which was useful because it was going to affect them as well.”

If a diagnosis of cancer wasn’t life-changing enough, what happened next certainly was.

“The following day, the nurse came back and asked me the question ‘Do you want children?’ I was a bit taken aback and asked her what she meant. She could see that I was single and career-minded but said that she needed to know as chemotherapy can bring on early menopause and can affect your fertility.

“I’d always thought that babies would play some part in my life but I hadn’t considered things seriously until then. In all honesty, I thought that I’d have my treatment and be back to work within 4 weeks, allowing me to get on with my life.”

The reality though was very different.

“She informed me that I’d have 6 months of chemo followed by radiation treatment. And if I wanted any children, I’d need to get some eggs frozen before any of that started.”

For Leanne, the realisation of her situation was beginning to hit home very quickly.

“My eggs were frozen and a week later, I was having bloods done for my chemo. The chemo treatment took me through to the end of November 2012 and then in December, I started radiotherapy. At the end, I was given some tablets and that was that.”

With Leanne’s treatment coming to an end, she began tentatively looking towards the future. But it wasn’t straightforward. 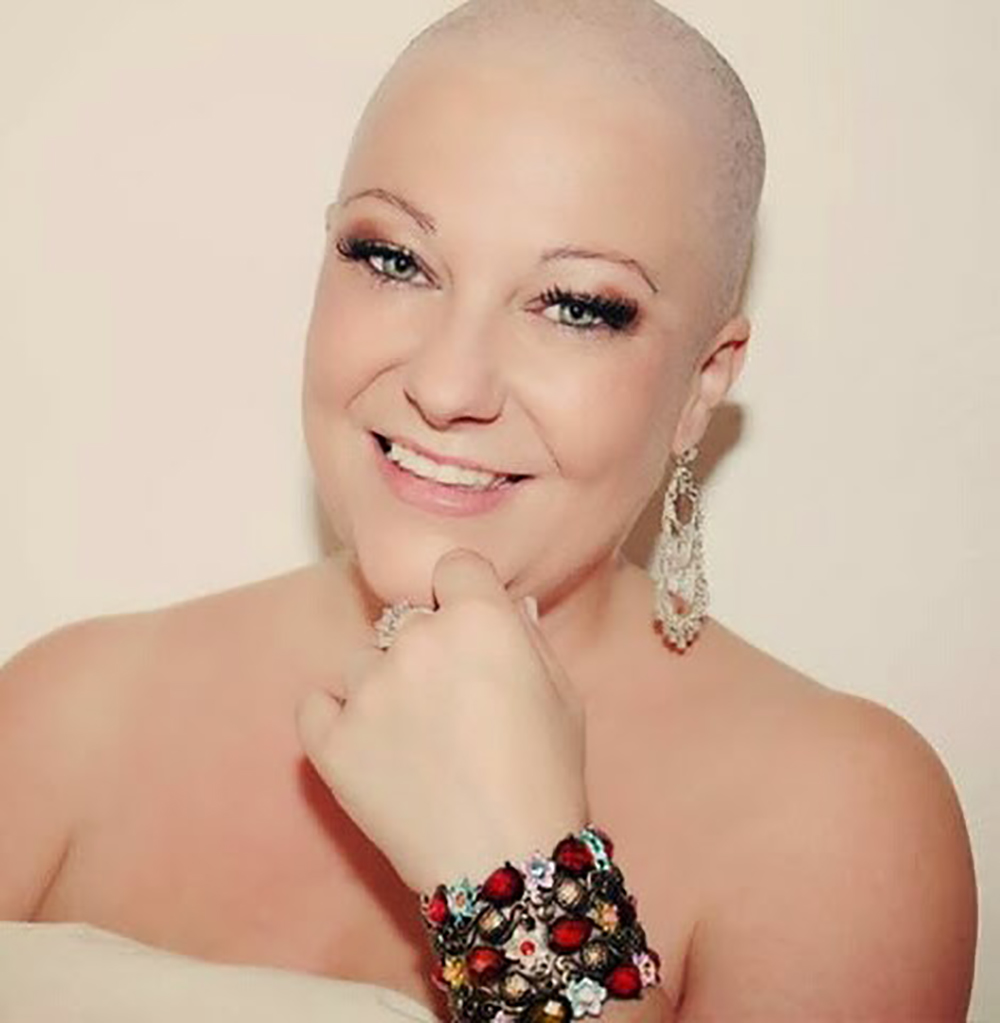 “By the time February 2013 came round, I was asking myself ‘what happens next?’ I’ve got no weekly appointments to go to. Could I go back to work? I had to go back to work because I was financially crippled, not having any critical illness cover or relevant insurance. Everything was going on credit cards and overdrafts.

“My birthday was in the February so I arranged a party. It was a sort of end of chemo/birthday party. I then went back in work in May.

“Going back to work was strange because having had cancer, I was now officially classed as disabled. My managers were really good, but I felt that I’d lost my knowledge and skills. The guy I’d been teaching the year before was now teaching me things.”

Leanne was not one for sitting around feeling sorry for herself though. In fact, she threw herself into her work.

“As part of my management degree, I was aware that Companies House was allowed to give each member of staff a day off to do voluntary work. With nearly 1,000 members of staff working there, I realised the big difference that we could make to the community. I brought this to the attention of my managers, who put me in charge of this new volunteering project. We then had a new boss who asked me to go work for her delivering Corporate Social Responsibility. We invited people from all over the UK and became an authority on the subject. The Chief Executive loved it so much that he doubled the amount of volunteering to two days a year for everyone.”

Despite all her success in work and the plaudits she was getting, Leanne was struggling personally.

“At that time, I was having counselling with Tenovus. The counsellor said that I had more of a male brain because I dealt with things practically rather than emotionally. But it would catch up with me. If I heard a particular song on the radio, I’d end up crying for one or two days.

“It was about 9 or 10 months later that my genetic tests came back and they told me that I had an 80% chance of the cancer recurring. They said that I’d need to start thinking about preventative surgery – in particular, a double mastectomy and an oophorectomy, which is the removal of my ovaries.”

The news came as a big blow for Leanne, especially since she was still single and harboured hopes of raising a family when she met the right person.

“I started writing a blog as a way of dealing with my situation, and also because there was nothing on the internet for young women with breast cancer. I had got to a point where I stopped telling people how I felt because it all sounded so repetitive. Many of the friends I thought I could count on had disappeared and it was often the people who were just acquaintances who were there for me.”

In May 2014, Leanne’s story was picked up by ITV, who wanted to feature her as she underwent the double mastectomy that she’d opted for as a preventative measure.

“Sadly, one implant failed and I had to have emergency surgery. I remember worrying as I’d used up all my sick leave at work and had no one to lean on. But my thoughts then turned to my future and my concern that I may never have children as I was still single.”

Leanne decided to try for a baby using donor sperm.

“I was allowed three attempts at IVF, but the original collection of my eggs had already counted as one. Sadly, the two actual attempts at IVF didn’t work. This all took months and involved lots of injections. Just when I thought perhaps it was not going to happen, IUI was suggested. It was quite amusing because the doctor came in and set up the syringe, wished me good luck and told me that they’d be back in 20 minutes. They could have taken me to dinner beforehand I guess but that’s life!

“The doctor then told me to do a pregnancy test 16 days later, which was my birthday.

“The first thing I did that day was take three tests. All of them told me that I was pregnant. I couldn’t believe it. Being practically minded, I then started worrying about how I was going to manage now that I had a baby on the way – but I knew that I could do it and that we’d be ok.”

Leanne gave birth to baby Thea in the autumn of 2016.

“It was a bit surreal, I couldn’t believe it,” she says. “Thea is now a headstrong and independent little girl. She wants to help. If I go out into the garden to give it a tidy, she’ll come out of her own accord and help me. She even helps put the bins out for me. She is my shadow.”

Juggling many aspects of her life is now Leanne’s main focus. 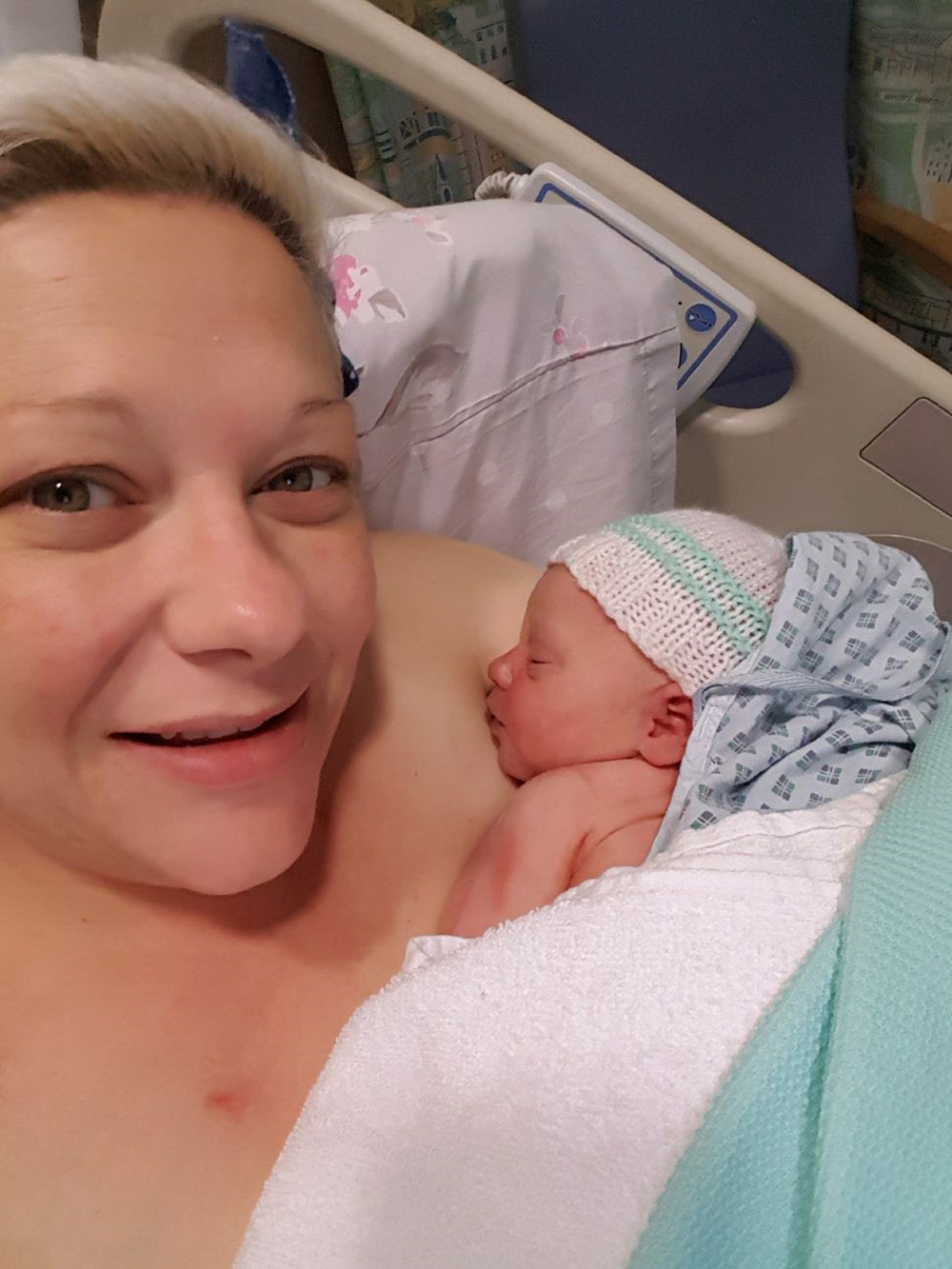 “I’ve been dealing with the baby not sleeping and having to be her sole carer. I’m now working part-time and looking to build a future. Life is challenging though. Even getting things like life insurance is a struggle. It’s taken me a long time to get cover. Getting a decent bra is also another big problem. A lot of shops make out that they’re doing a lot for cancer charities but when it actually comes to making a bra for someone with a prosthesis, all they can manage is a big bra that looks like the sort your nan would buy. All I want is a nice lacy bra!”

The medical effects of Leanne’s cancer are also still ongoing.

“I went in last August for some reconstruction on my boobs and for the first time in a very long time, my confidence returned and I got some of my mojo back. But I was rushed in for some emergency surgery on one of them a few days ago. In a few months, I should be able to get a new implant.”

Living with so many challenges has certainly changed Leanne’s life forever.

“I’ve been lucky in other respects in that I’ve won awards and met famous people because of my diagnosis. You can’t grumble when you’re spending time with people like Russell Watson or having your hand kissed by Brian May. That would never have happened to me if I hadn’t had cancer.”

Thea too has been in on the action, taking a starring role in the BBC series Casualty at the age of just 3 weeks.

“She was so small that they asked her to play the part of a premature baby,” says Leanne.

Looking ahead, Leanne wants to focus on the future for her and Thea, who is now 19 months old.

“I’ve had people say to me ‘Well at least be grateful that you’re still alive’. I’ve also had people referring to me going back to normal – whatever that is. This is me – a new me. In fact, a better me. I want a future and nice things. Yes, I am worried that the cancer might come back one day, but now is about enjoying life and planning ahead.”

At this point, Thea comes into the garden and Leanne scoops her up and throws her up over her shoulder.

“She wouldn’t be here if it hadn’t have been for my diagnosis.”