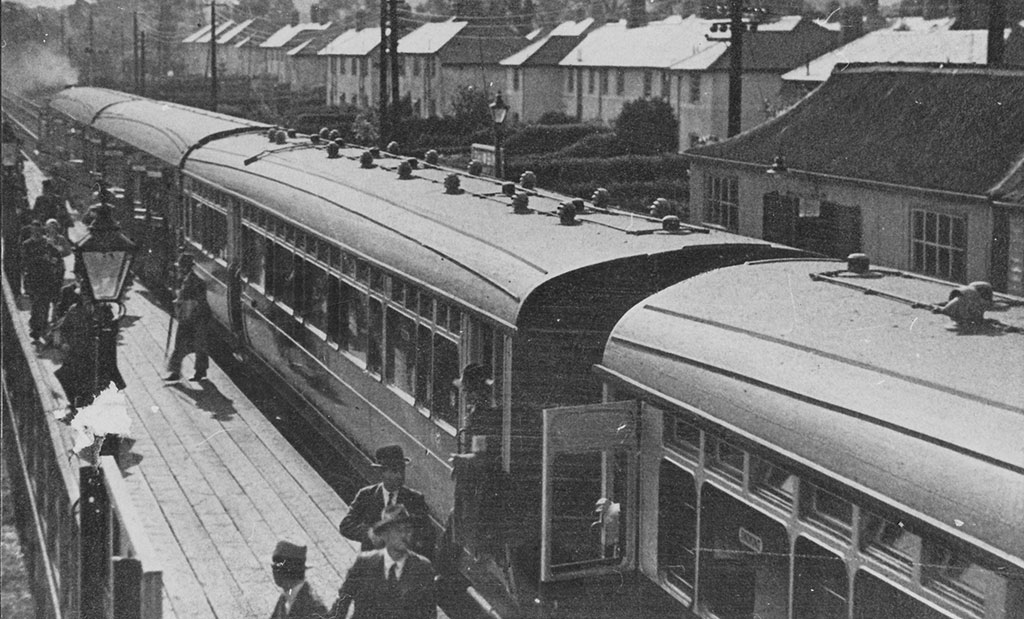 The railway line that serves Whitchurch and Coryton was once a thriving hive of activity. Modern motoring has left the line a shadow of its former self. Living Magazines chart the history of the line, from its origins at the hands of a Marquis, to the present day.

Whitchurch railway station forms part of the single track running from Heath Junction to Coryton. Its demeanour today is a long way from the hustle and bustle of the 1920s and 30s. Yet the story of the line goes back even further than that – back to a time when coal was king and those in charge of it were determined to take control.

The Marquis of Bute was a powerful figure towards the end of the 19th century. He owned Cardiff Docks and many coal mines in the Rhondda. The Marquis wanted to smash Taff Valley Railway’s near monopoly of the railways and their transportation of coal, so in 1885, he bought the Glamorganshire and Aberdare Canals. His aim was to close both of the canals and convert them into railways. An Act was passed in 1897, forming the Cardiff Railway Company. This gave the Marquis the powers to construct a railway using the Rhymney Railway to Heath Junction and joining the Taff Vale, south of Pontypridd.

Construction of the new railway started in 1898. The first three and a half miles to be built ran from Heath to Tongwynlais. The Cardiff Railway Company then extended the line past Tongwynlais, taking it on to Treforest and joining the Taff Vale Railway’s line just south of Treforest station. The journey involved crossing a 450ft skew bridge over the River Taff.

The Cardiff Railway Company also snapped up some land south of Pontypridd, claiming that they required it for sidings. The Taff Valley Railway however, were in no mood to hand over the land and several years of legal disputes ensued. The Taff Valley Railway’s blocking tactics proved very effective. Only one train ever connected the two lines- on the 15th May 1909. It never happened again. The Cardiff Railway Company resigned itself to the fact that they were unable to run the freight service they had wanted. Instead the company had to settle for a reduced passenger service as far as Rhydyfelin. The Taff Valley Railway’s slow stranglehold finally put pay to even that. By 1921, the Cardiff Railway Company had been absorbed into the Great Western Railway. But even they had to cut the line back to Coryton in 1931. 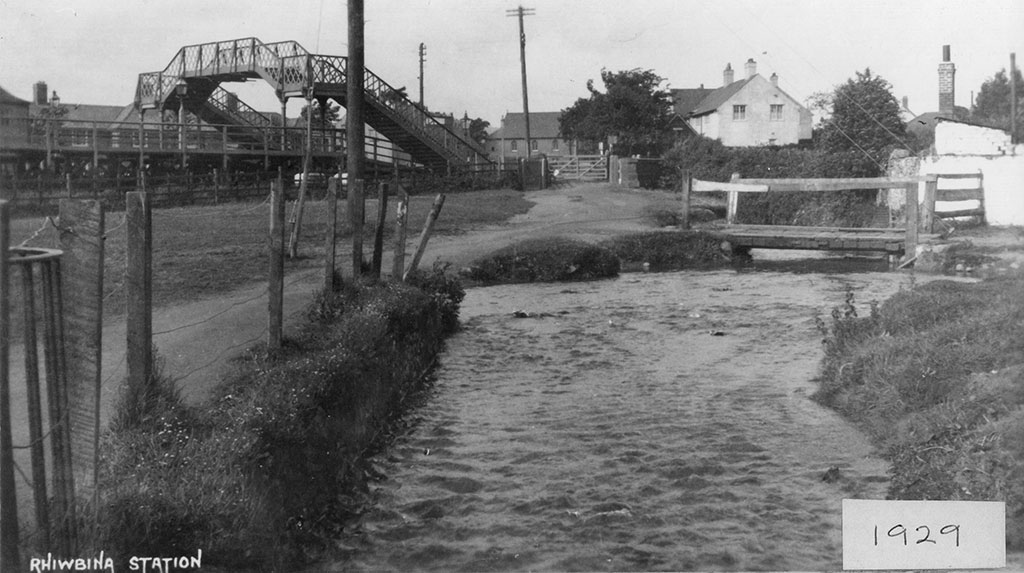 The remaining stations- Heath Low Level, Birchgrove (Ty Glas was added in the 1990s), Rhiwbina, Whitchurch and Coryton were now the only serving stations on the line. The demise of the coal industry in the 1930s meant a further decline on other areas of the railway.

There was a brief glimpse of hope when the Nantgarw Colliery was developed in 1938. Aspirations were raised when a section of track was reopened. But these plans came unstuck in 1953 however, after a new track linking Nantgarw to busier lines was built. The track north of Coryton was thus finally severed. Much of the Cardiff Railway was removed during the 1970s with the creation of the A470 and the M4.

Coryton is very much the end of the line today. Much still exists to suggest that this line was once a busy industrial one though. The line’s bridges are fine examples of the architecture that captures the elegance and romance of rail travel of a bygone era. Former resident Helen Ford remembers standing on the bridge at Rhiwbina Halt as a child in the late 1950s.

“Rhiwbina Bridge always has a special place in my heart. I always remember it being sunny on one side of the bridge, and rainy on the other. I never knew why it was like that – it just always seemed to be that way.”

Towards the far end of the line, it is possible to take a walk beyond the bridge. Below the superstore car park, there also exists a series of steps that take the walker into Long Wood and Forest Farm Country Park. These areas are designated Sites of Special Scientific Interest.

It is possible to walk along some of the remains of the line to Tongwynlais in the Park. The path takes the walker under many impressive bridges, including three-tier arches and wider, single-arch bridges, all in very good condition.

A path has been laid on top of the railway line itself and the walk for the most part, lies within heavy woodland.

The walk is especially welcome since most of the line has been officially declared inaccessible. Walkers can take the line to a point just north of the M4. The motorway slices across the path, but there is still a small section on the other side to explore. After that, the line vanishes under the grey concrete of the A470.

The current operational rail line to Coryton itself of course takes only fare-paying passengers these days. Even so, every few years, plans to link Coryton to Radyr to create a ‘loop’ around Cardiff are put forward. The aim of this is to essentially link the suburban areas of North Cardiff together. This plan would take the line through Forest Farm Country Park. Another idea put forward extends the line to feed into the northbound traffic heading to Pontypridd and the valleys.

Demand for such a service remains unclear and although the idea is on Cardiff County Council’s local transportation plan, there is no immediate rush to start such an ambitious project.

The trains on the line are currently being run by Arriva Trains Wales. Their regular commuter service mirrors that of the 1930s, yet the days of gas-lamps, canopied rooftops and billowing smoke are long gone. Towards the end of the line at Coryton, a block of flats now sit where the main station building once stood.

The Coryton line however, remains a popular and well-used one, ensuring its longevity for some time yet.