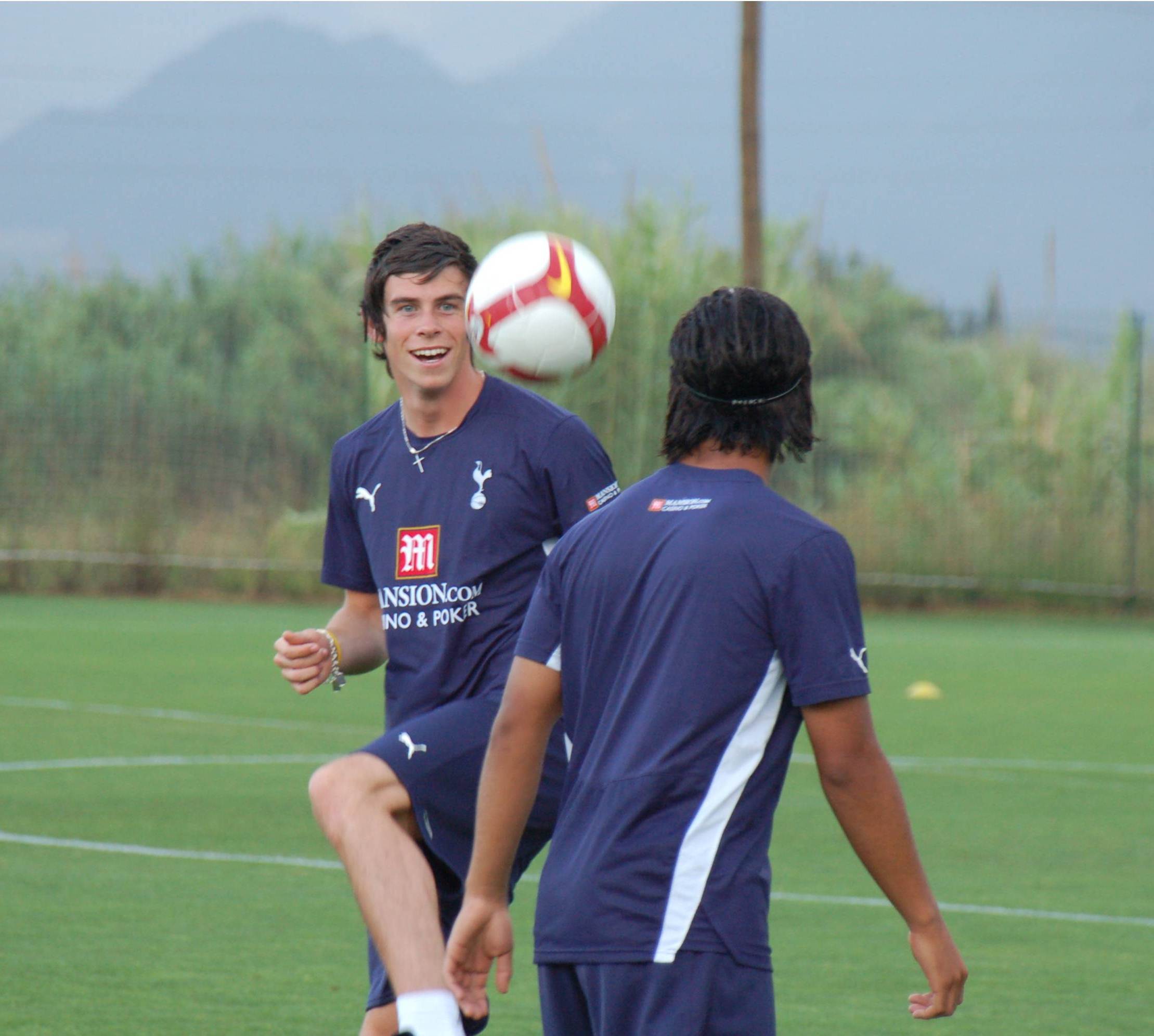 Speaking from his pad in London, Gareth Bale isn’t feeling too well.

“I had some kind of virus I think,” he says “but I’ve had a rest and some pills and I feel a lot better now.”

Finding time to be ill is tough for a Premiership footballer. Arsenal the previous night, Liverpool on the weekend. And that’s on top of World Cup qualifiers for Wales. But for the 19 year old from Whitchurch, it’s a way of life.

“Playing football for a living is such a great feeling. The first memory I have of playing the game is when I was about three or four. My Dad used to take me for a kick-about in the grounds of Whitchurch Hospital and Velindre. I played football in Eglwys Newydd Primary School, winning the league twice.

Gareth became Southampton’s second youngest player to start when he made his full team debut against Millwall in April 2006. He was just sixteen years old. His first goal came several months later, scoring a free kick against Derby County.

“By the end of May 2007, I had played a full season at Southampton. I worked hard to impress and felt that I’d been playing well week in week out.”

Gareth’s modesty belies his precocious talent. He helped Southampton reach the Championship semi-finals and even won the coveted title of Football League Young Player of the Year in March 2007.

“I was delighted just to be nominated, but it never really occurred to me that I would win. It came as a real surprise. It was a great honour too. I knew I still had a lot to learn so to get it was very special.”

His reputation was soaring and it wasn’t long before the scouts came sniffing once again – this time from Premiership side Tottenham Hotspur.

In May 2007, Gareth completed a £5 million transfer, with further payments following.

“I wanted to play in the Premiership. I felt that I owed Southampton something and tried to help them into the Premiership.” Southampton’s ultimate failure to reach the league however, prompted Gareth to take the offer that Tottenham had put on the table. And he didn’t disappoint his new employers, scoring in only his second game, charging down the left flank and slotting the ball past Fulham’s goalkeeper.

Gareth’s prowess on the left wing has drawn comparisons to his inspiration Ryan Giggs:

“Ryan was a big inspiration of mine – playing on the left wing and being left-footed and all that.”

Gareth has followed in Ryan’s footsteps into the Welsh national squad making him their youngest-ever player. Against Slovakia in 2006, Gareth became the youngest player to play for Wales. The goal was a trademark Bale free-kick, mirroring the goals usually scored by Ryan Giggs himself.

“[Wales team coach] Toshack has been working on bringing in a lot of youngsters to play for Wales. It makes a lot of sense because when it comes to qualifying for the big competitions, we are going to have a team that is experienced. The current Welsh squad is now gelling nicely and our confidence is growing that we can do something special. Other teams are starting to take us more seriously than they used to. We’re much harder to break down these days and we’ve been playing some exciting football.”

“My ambition with Wales is to qualify for a major tournament.” Wales have not done that since 1958. At just nineteen, Gareth has 15 Welsh caps to his name. And he’s looking for more.

Gareth’s club too now have good reason to be positive with a new manager and a string of promising games under their belt.

“My ambition with Tottenham is for us to reach the top four in the league.” says Gareth. “There are plenty of reasons to think that we can achieve that.”

Gareth is sounding very much the part of a Premiership player – as part of a team. Speaking to the international press is something with which Gareth has now become accustomed, as well as to the celebrity lifestyle.

“My lifestyle may have changed but I’m still the same person. I get stopped for autographs and so on but it’s part of the job. When I come back to Cardiff, I still like to go out with my mates. I’ll still have a kick about with a ball over at Caedelyn Park.”

Things have certainly changed since Gareth’s kick-about days in Whitchurch, but he’s still got his magic feet firmly on the ground.

“I’m living the dream at the moment – the dream I’ve been wanting since I was three years old.”

It seems that Gareth has a long and successful career ahead of him (Welsh youth guru Brian Flynn has gone on record saying that Gareth is ‘only one inch behind Ryan Giggs in terms of potential- and we know what Ryan’s achieved in the game.’)

Gareth’s focus now is to do well with his club and country.

“I’m still young and have got lots to learn. At Tottenham, we seem to have turned a corner and I now want to help them get to where we want to go.”

The journey from the White Church to White Hart Lane has been a dream – but there’s still a lot more to come it seems.