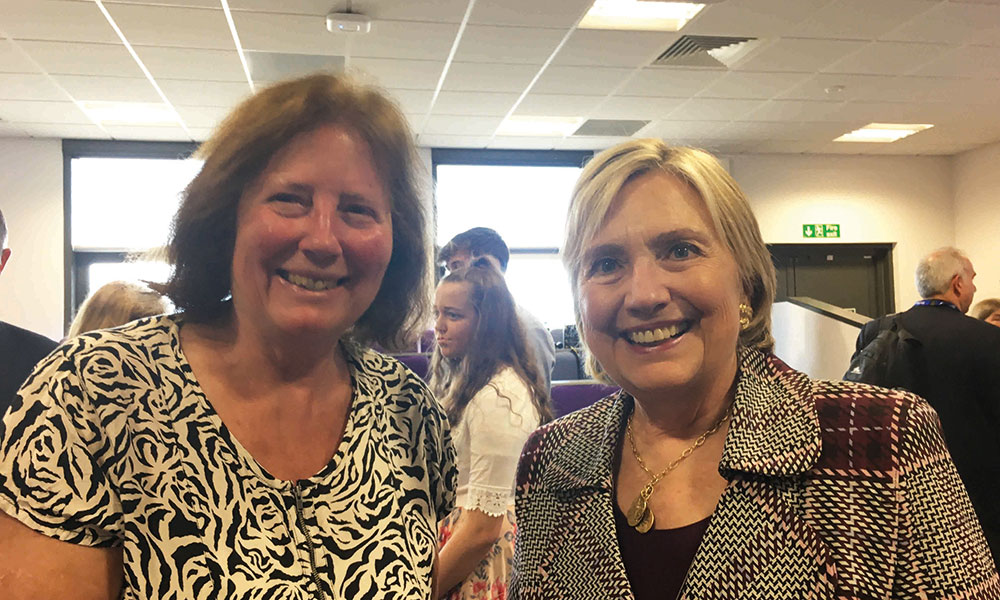 It has been a very busy few months with many schools having their summer fairs and many events in the Assembly.

In June, I sponsored an event for Breast Cancer Care to highlight the benefits of its ‘Moving Forward’ course which helps those who’ve come through treatment come to terms with their experience. I was really pleased to meet a constituent, Gwyneth Jennings, (pictured right) who spoke movingly about how the course had helped her.

I was very pleased to launch an exhibition of photos at the Senedd featuring people who’ve been helped by Maggie’s cancer support centres around the UK. The second centre for Wales is currently under construction in the grounds of Velindre Hospital in Whitchurch.

I’ve campaigned for Cardiff to have a Maggie’s for many years and there has been a massive fundraising effort to create it. It will benefit patients from across the whole of South Wales who access their treatment at Velindre.

I also hosted an event in the Assembly to raise awareness of organ donation and to highlight the work of another constituent, Anna-Louise Bates.

She set up the ‘Believe’ charity in memory of her husband and son, a Llysfaen Primary School pupil, after they were tragically killed crossing the road on their way to a Christmas party in 2015. Fraser’s organs were donated and went on to save four lives.

At the event, we were shown an animated film featuring a teddy bear named Fraser Bear (after Anna-Louise’s son) and organ donor recipients talking about how much their lives have been changed. It’s hoped the film will be shown in schools to raise awareness of the importance of organ donation.

In July I attended an event at Swansea University’s School of Law and Morgan Academy to meet Hillary Clinton and talk about children’s legal rights. I asked her about raising the legal age of criminal responsibility and she shared her views on the plight of children separated from their parents at the US-Mexican border.