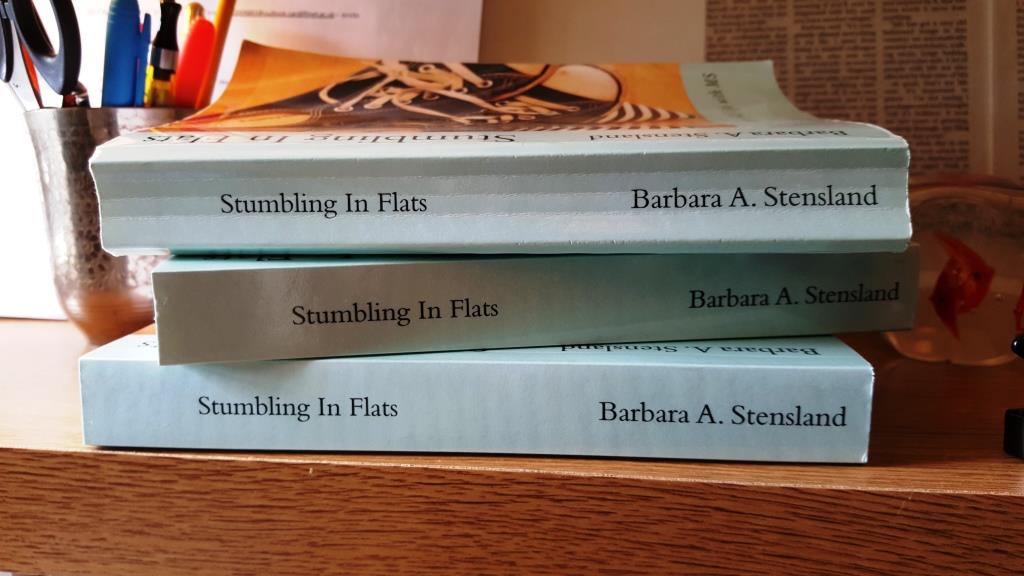 If Bridget Jones Had MS, This Would Be Her Diary

Whitchurch writer Barbara Stensland hands me a copy of her new book, ‘Stumbling in Flats’. It’s a heavy book, both in weight and as I soon find out, in content too.

“In 2011, I woke up one morning unable to talk or walk properly. I was petrified and thought I was having a stroke. Soon after being diagnosed with multiple sclerosis, I had never been surrounded by so many people (usually of the medical variety) yet never felt so utterly alone. Being stamped with an indefinite diagnosis however, permanently removes you from normal society, whether you like it or not. I felt a sense of shame ‘admitting’ my diagnosis to friends and family and was often upset at their awkward, embarrassed reactions.”

Multiple sclerosis (MS) is a condition of the central nervous system. In MS, the coating around nerve fibres (called myelin) is damaged, causing a range of symptoms. More than 100,000 people in the UK have MS.

Symptoms usually start in your 20s and 30s and it affects almost three times as many women as men. Once diagnosed, MS stays with you for life, but treatments and specialists can help you to manage the condition and its symptoms. It took 10 months for Barbara to get confirmation that she was one of those 100,000.

“It’s completely altered everything in my life. I went from being a trusted colleague in work – who was very good at my job – yet as soon as my potential diagnosis came in to play, a year-long systematic bullying campaign took off. It was very well organised, and I was basically bullied out of my job, culminating in me being sacked purely for having MS, and told I should live on benefits.

“I got in touch with an author who was featured in the Observer Review a couple of years ago, who wrote a beautiful article about her MS. We were emailing back and forth and she said my emails were so hysterically funny about MS that I should start a blog. So I did. 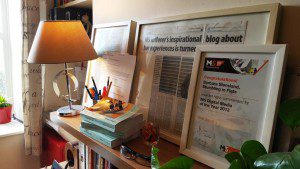 “The blog was an outlet for my thoughts and feelings. It helped me through the grieving side of things. At times when I’m unable to speak or get words out the way I want them, the blog has been there to express my thoughts. Better still, it’s opened up a whole new world for me thanks to those who have followed and responded to my posts. When people started getting in touch to say that I had inspired them in one way or another, it made me realise that what I was doing was all worthwhile.”
So the book.

“Ah yes, the book. It took me 14 edits and hours and hours of corrections. It’s not something I’d do again! But now that it’s in my hands, I’m very proud of what I have achieved.”

The book, like the blog, charts Barbara’s life since her diagnosis – coming to terms with the condition, being bullied out of her job, and bringing up her teenage son, who she dubs The Teenager. Its foreword has been penned by Janis Winehouse, Amy Winehouse’s mother and a fellow MS sufferer.

“We follow each other on Twitter and she’s always been an inspiration as a campaigner for MS issues. I thought I had nothing to lose in asking her if she’d help out and she replied straight away to say that she’d be honoured to. As for The Teenager – well he’s had to come to terms with things too. But he’s coped amazingly well. 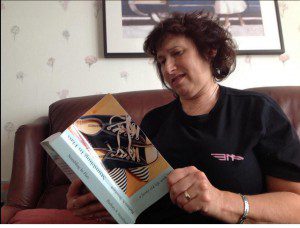 “I’ve dedicated the book to my late father. He had primary progressive MS, and of course there weren’t even any MRI scans back in the 1970s. There was no treatment apart from painkillers. He died in 1978.

“The condition has completely altered everything in my life. I do more now with MS than I ever did before. I’ve started a Masters in Creative Writing and English Literature at Cardiff Metropolitan University, which is something I’ve always wanted to do. Alright, so I can’t go partying or walking in high heels – but facing up to MS, living through a year of bullying at work and putting up with Alemtuzumab chemotherapy treatment has taught me that I can do anything within limits.”

The book has already attracted glittering reviews from its readers.

“To deal with something like MS, you have to have a sense of humour. The book isn’t therefore full of doom and gloom. Some people like all that side of it but the book, with all its ups and downs, will make you laugh.”

Sales of the book have taken off but for Barbara, it’s not about making money. It’s about the positive impact that the book can bring to people’s lives.

“Every now and then I get an email thanking me for writing the blog or the book, telling me I’ve put into words just how MS feels.

“Going through the long diagnostic process has made me think about the possibility of writing my second book, which I’m planning to write over the summer. It’ll be more of a self-help book than anything. People who are in MS Limboland, waiting for a diagnosis (or not) will be able to pick it up and will hopefully be able to make a bit more sense about what is happening to them.”

For now though, Stumbling in Flats is the book that’s brightening up people’s lives where perhaps there is darkness.

“It’s a book with a very strong niche but that’s a good thing – those who read it will totally empathise with my stories of everyday life.”

The book also acknowledges the hard work of the MS Team at the Heath Hospital.

“The staff at the Heath Hospital are amazing.” says Barbara.

“They’ve given me the best possible care – they’ve been brilliant.”

Stumbling in Flats by Barbara A. Stensland is available from Amazon priced at £9.56 or £3.34 for Kindle. You can also follow Barbara’s blog at www.stumblinginflats.com