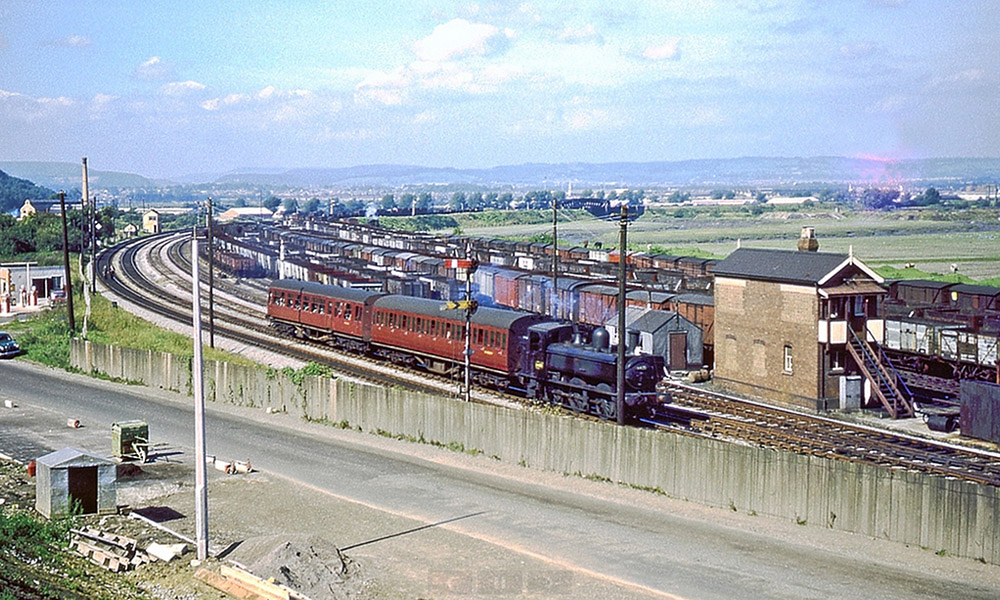 Celfyn Lewis reflects on a long-forgotten era in Whitchurch and Llandaff North – a time of childhood, school days and train journeys to Penarth

I was born and brought up in Whitchurch. Born in Bishop’s Road, when I was old enough to go to school, I was escorted by my mother to the end of the road at the junction with Merthyr Road on my first day. Mother announced ‘Cross now’, and over I went, through Mrs Davies’ farmyard and following the current path to cross the brook, taking care to watch the cows.

When it came to crossing the brook, there were perfectly adequate stepping stones – if you could judge them correctly. Like many others, I often could not but at this time (1932), there was no need for the Lollipop Lady!

The infants school was located where the small bridge gave access over the brook. When everyone got there, we were paraded alongside the brook to the rear of the Tabernacle Chapel, opposite St David’s Road, and using the small bridge (still there though not looking quite so safe) we headed into the school room which had been set up as a dentist’s examination room. There, we had our teeth examined.

The next step was to separate boys from girls, the boys going to the old school on the mound at the junction with Old Church Road and Tyn-y-Pwll, where the Whitchurch Community Centre now is. This was an old church school and the classroom was heated by a coal stove in the front which was handy for the teacher. During my time there, my teacher was Mr Cecil Lawrence. As a pupil, you didn’t realise that your teacher knew your parents, especially as this area was much smaller then. I was told in later life that he and my father were members of the bowling club where they exchanged school gossip.

Like all ‘events’ of local and national interest, there was the obligatory essay to complete, and of course, St David’s Day was one of those occasions. My effort began thus:

“St David was born in Pembrokeshire because his parents were away touring at the time.”

At this time, Whitchurch Secondary School (Grammar School) was just opening and the number of marks you got determined your school. Those who achieved a certain grade went to the new school.

Those who didn’t went to Penarth County School. I went to the latter.

There was a perfectly good rail link – Llandaff North direct, via Cardiff General (renamed Cardiff Central considerably later), Grangetown, Cogan, Lower Penarth and Penarth Town. Every morning, I had to pass No. 33 Bishop’s Road, timing this carefully as the man living there was Mr Gordon, the station master at Cardiff General.

The train left Llandaff North at 08.25 so if I was behind Mr Gordon, I’d need to get a move on. If he was behind me, then all was well. On the platform, a porter had a door to a first class compartment open and waiting. When Mr Gordon stepped aboard, whistles blew and away we went, everybody checking their watches.

To the casual onlooker, the platform at Llandaff was just full of a group of noisy school kids but if you looked closely, there was a certain order. The children at the front were the beginners; those halfway along the platform were the middle school, while those on the end were the seniors. This arrangement was especially suited to ensure that at Cardiff General Station, the senior compartment would stop exactly at the cigarette machine at the station platform. The Woodbines were 5 for 2d. Four of us gave 1/2d each and we drew lots for the odd fag.

As the years went by, we were aware that there would be at least one change of teacher every now and then. Our Geography teacher left to join the RAF and schoolboy gossip speculated as to his replacement. We were assembled, watching the members of staff taking their places in the school hall when I got a dig in the ribs and someone whispered ‘Look who’s here!’ – our new teacher had shared our compartment on the train on the way into school.

At his first lecture, he surveyed us and carefully identified his travelling companions.

“I have seen you before. And you. And you. And I have a message for you all – the headmaster will be doing rounds this lunchtime including the gardener’s shed, so great skill will be required if you are to hide your cigarettes.”

Needless to say, he immediately became one of us and his lectures were never missed, hence my love of Geography.

In all this, I must confess a very close family connection. My grandfather was the chairman of the Whitchurch Parish Council, and among the many offices he held was his appointment to the School’s Board (1905) and also the Library Board, his name being on the plaque in that building. My grandmother was a teacher prior to her marriage, having a certificate in Religious Teaching (whatever that meant!).

I hope these few memories may be of interest, recalling as they do, a long forgotten era, prior to, and eventually through WW2. But that is for another day.