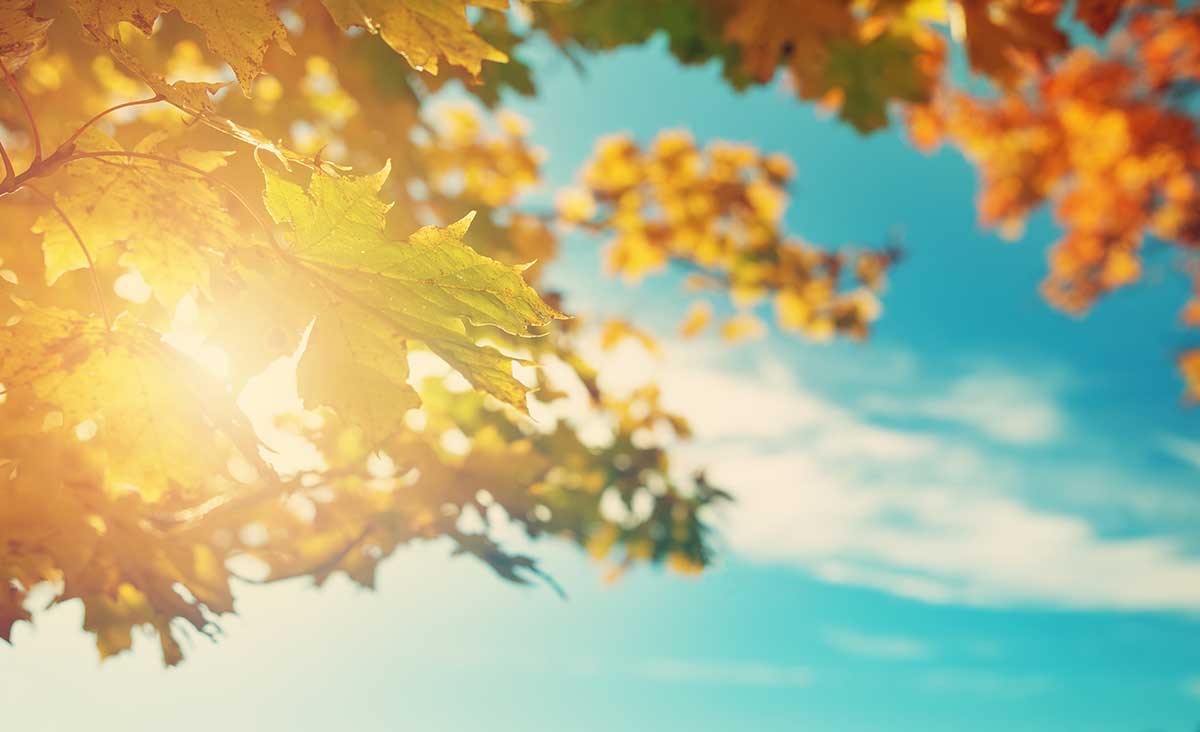 “We need to get you home now. Your mother will be waiting for you.”

Paul took Eve’s small hand and led her out of the forest and into the late summer sunshine.

“Why do I have to go Daddy? I don’t want this day to end.” Eve looked up at her father. Paul could see the sadness in his daughter’s eyes. He saw it every time he had to take Eve home.

“Mummy wants you back so you can have your tea.”

In truth, Paul didn’t want to take Eve back either but since the split from Beth, both parents had to play by the rules. Both father and daughter had enjoyed a wonderful day together. It had started with an early breakfast at the local café. At the age of 8, trying out her first cooked breakfast was something of a treat for Eve but she still couldn’t get her head around eating savoury food first thing in the morning.

“These aren’t exactly Coco-Pops,” she’d mumbled as she tucked into her baked beans.

After breakfast, they jumped into the car and headed out to the beach a few miles away. Paul had packed some food into a cool bag and they spent the day digging holes and burying Eve’s Barbie dolls up to their necks. They spent most of the day on the sands but Paul knew that he had to have Eve back home early for teatime – she was back to school the next day.

As one last treat, he parked the car up at a woodland park near home, and they had gone exploring in the nearby forest.

They pretended that they were detectives looking for spies. Eve had found some clues – a scruffy old football, a pencil that had been split in two and some acorns.

“Look at this one!” Eve called. She held up a bright shiny acorn.

“I’m keeping that one,” said Eve, popping it into the pocket of her summer dress.

“These clues will lead me all the way to the spies!” she exclaimed, walking off.

Paul looked at this young girl, stepping over logs and walking through muddy puddles with her sandals on. He was going to miss her so much. Since the split from Beth, he’d begun plans to start a new life on his own on the other side of the world. He knew he wouldn’t get days like this again.

“Oh, look at that dog!” remarked Eve. Up ahead, charging through the forest, a small brown and cream dog came bounding over towards them. In its mouth was a green tennis ball. Walking briskly behind the dog came a woman dressed in a strappy top, a pair of jeans and a big pair of Wellington boots.

She was about the same age as Paul and she certainly caught his eye. He’d seen her before in the village several times.

The dog reached Eve and ran around her feet playfully. It dropped the tennis ball at their feet, in the hope that they would throw it. Eve clung to Paul, excited, but not quite sure if the dog would nip her.

The woman finally reached Paul and Eve, a little out of breath.

“Sorry about her. She just wants to make new friends,” she said.

Paul looked at the woman. All of a sudden, he felt very shy. She was pretty. Very pretty. There was a slight flush in her cheeks and Paul couldn’t take his eyes off her as she wiped the hair from her face.

Eve bent down and finally gave the dog a stroke on her head.

Paul was still captivated by the woman.

“Yes. She is,” he replied. The woman caught him looking at her and for a second, they got lost in their own world as they passed each other on the small forest pathway.

Paul turned to watch her walk away, hoping she’d turn back.

“Bye bye doggie,” said Eve as the dog went scampering away. As the dog caught up with her, the woman turned and smiled at Paul before disappearing into the forest.

“She was nice wasn’t she?” said Eve. Paul was still smiling inside. He turned to head out of the forest when Eve suddenly noticed the dog’s tennis ball still lying at her feet.

“Oh no. The dog’s left her ball!” she cried, bending down to pick up the damp and scraggly ball. “I’m going to give it back to her,” she said.

“Ok,” replied Paul rather hesitantly. Eve dashed off up the forest path where the woman and dog had gone and within seconds, she had disappeared totally.

Immediately, Paul regretted leaving her go. As the minutes went by, his anxiety slowly gripped him. He thought he should go look for her but just then, his phoned buzzed. He took it out of his pocket to read the message that had just arrived.

“Don’t be late. Bx” read the message. Paul didn’t bother replying. He was more worried about his missing daughter. He quickly put his phone back in his pocket and as he looked up, much to his relief, Eve came leaping back through the forest with a big smile on her face.

“I shouldn’t have let you go like that,” Paul said.

“I was ok. I’m a big girl now and I followed the path. The dog was happy to have her ball back.”

“We need to get you home now. Your mother will be waiting for you.”

And just like that, their day was over. Their summer was over.

As the couple made their way across the field to the car, Paul cast his mind back over the last six weeks. Together they recounted all the things they had done together – the visit to the castle on that boiling hot day; the sleepover where they’d stayed up late watching cartoons; the time they flew a kite and it hit a man on the head; that time they’d taken shelter from a summer storm in a shop doorway. This would be Paul’s final summer in Wales for a long time.

Eve reached up and placed her hand in his as they strode across the field together. In the sky, towards the west, a large grey cloud lumbered overhead.

“Looks like rain. Autumn’s on its way,” said Paul.

Eve ignored him. “Do you have to go away?” she said.

Paul took a big breath. Every time she asked, it wrenched his heart.

“I haven’t decided yet. I’ve got nothing here. Apart from you of course.”

Paul stopped in his tracks. He realised the enormity of what he had just said. He felt like he’d just crushed her. He crouched down, took both of Eve’s hands in his and looked into her eyes. In that moment, he envisioned saying goodbye at the airport. And it was too much to bear.

“I’m so sorry. Yes of course you are enough.”

Paul smiled and paused. “Yes. Yes I will stay.”

Eve threw her arms around him. It was one of those hugs that only daughters can give. Paul stood up, lifting her up and carried her towards the car, her arms still around his neck.

The journey back to Eve’s house was a quiet one. Paul wasn’t sure that Eve believed him when he told her he’d stay. He’d promised many things in the past but never fulfilled them. He considered turning the radio on but decided that he’d only be doing that because he was uncomfortable with the silence. He glanced at Eve in the rearview mirror. She was looking out of the window. And she was still clutching the battered old football; still clinging on to the day.

By the time they arrived at Beth’s, the night was closing in. Paul put his arm around Eve as they headed down the side of the house to the side door that led straight into the kitchen. From the look at the steamed up windows, it looked like tea was on the hob.

A shape appeared in the glass at the door, before it opened and Beth stood there, apron wrapped around her.

“Oh hi,” she said. “Come on in.” Eve stepped inside with her mother and then turned to Paul.

“Can you wait just two minutes?” asked Eve. “I just need to get something for you.”

Paul was tempted to pull the door closed but thought that it would appear rude. So he stood there awkwardly and waited as the rain finally started to fall from the sky. He felt the warmth of the kitchen seeping out, wrapping itself around him. A gust of wind blew a few dead leaves around his feet. In the dark, he could only feel them as they rattled around his shoes.

He peered into the kitchen. A waft of warm casserole drifted out and although Paul no longer ate meat, it still smelt homely.

Beth’s new man busied himself around the kitchen, folding a tea towel and bending down to open the oven. A great plume of steam escaped and whooshed up to the ceiling. He placed the casserole pot down and laid the tea towel next to it.

Paul’s eyes lingered on the tea towel. He cast his mind back to the day both he and Beth bought it. They’d made a casserole that day too. In fact, it was the first meal they’d cooked together in their new home. That was when they had a lifetime of dreams ahead of them. Things didn’t turn out quite as they’d hoped.

Beth appeared back at the door. “You ok?” she asked, drying a plate with a piece of kitchen towel.

“Good,” said Beth, disappearing back into the kitchen.

“This is for you,” she said, handing Paul a small envelope. He looked at it and smiled. Then he put it in his pocket.

“Thank you.” He crouched down and the pair embraced one last time.
“Thank you for a lovely day,” said Eve. “You’re the best.”

He didn’t feel it but even at 8 years of age, Eve always knew how to make Paul feel better about things.

As he made his way to the car, he pulled his collar up to the wind and the rain. He opened his car door, flopped in and put his hands on the wheel.

As the rain gently pit-pattered on his windscreen, he thought about the summer. He thought about Eve, his wonderful daughter. And he wondered whether he really could leave her to start a new life in New Zealand on his own. He thought he could escape the past but in reality, he would be escaping his present.

He reached into his pocket for his car key but instead found the small envelope that Eve had given him. He took it out.

It was a small white envelope with a big lump in the middle, stuck down with twisted bits of Sellotape.

Paul carefully opened it and peered inside.

He took out the first item – an acorn. It was the big shiny one that Eve had found in the forest.

Then he reached in and carefully pulled out the other item – a small scrap of paper. It had been carefully folded over so Paul unfolded it.

In Eve’s own handwriting, it read:

“Her name is Mary and this is her number.” Underneath was a mobile telephone number.

“She says she’s free tomorrow night and she’ll leave her doggie at home with his ball if you fancy a drink together.”

Paul smiled for a moment. He read it a second time.

Then he started his car and drove off into the night.